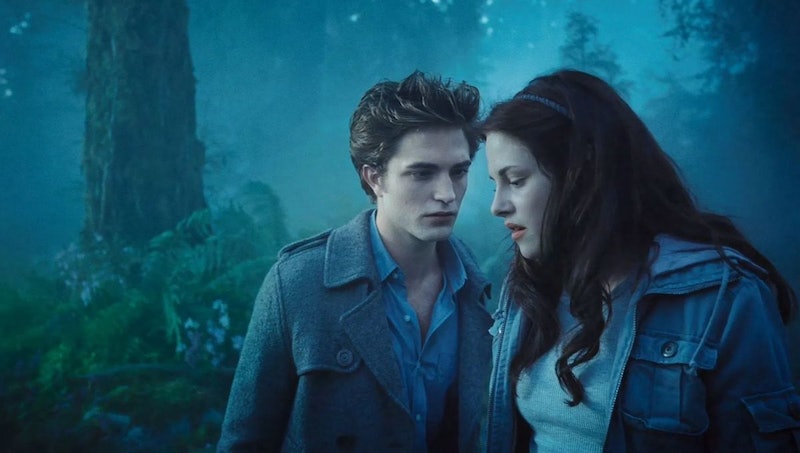 Nothing quite embodies my childhood like the Twilight saga. The series that enthralled it’s readers in the complicated romance of Bella Swan and sparkly, sexy vampire Edward Cullen divided friendship groups everywhere. You were either Team Edward or Team Jacob. So news that Stephanie Meyer is releasing another Twilight book has set the internet alight with chatter. But when will Midnight Sun will be published in the UK? Because I want to know if there's time to re-read the originals...

It’s been 15 years since Twilight was first released. It's a saga that not only created a massive fandom but also launched the careers of Kristen Stewart and Robert Pattinson after it was adapted into a film in 2008. And now it's time for die hard Twilight fans to get excited as Meyer has announced she’ll be releasing Midnight Sun on August 4 2020.

And I have good news for fans over this side of the poind – from the looks of things, it appears that August 4 applies to both the U.S. and the UK. The British branch of Little, Brown – the guys who published the Twilight Saga – have listed August 4 as the release date along with the UK price, £20. However, I have reached out to Little, Brown to confirm and will let you know if I hear anything different from them.

Fans of the Twilight series may remember that this isn’t the first time the idea of Midnight Sun has been floated by Meyer. In an interview with Good Morning America she said, “I’m very excited to finally announce the release of Midnight Sun on Aug. 4. It’s a crazy time right now and I wasn’t sure it was the right time to put this book out, but some of you have been waiting for just so so long it didn’t seem right to make you wait any more.”

Variety reported that Midnight Sun was supposed to be published in 2008. However, that didn’t go ahead after the manuscript was leaked online. But while she may have put the idea on hold, Meyer held on to the dream of publishing a fifth book. On her website she wrote, “Though I didn’t have time to work on it right away, the idea of letting Edward have his chance to speak stuck with me. I couldn’t shake it. I found myself thinking his words in the middle of the night and jotting down phrases he would use while I was waiting in line at the post office. As soon as I finished my real work, I sat down and let Edward get his say.”

By the sounds of things, OG fans of the Twilight trilogy won’t be disappointed by the storyline in Midnight Sun. While Edward’s history is touched upon in Twilight, it’s always from Bella’s perspective. Describing the book, Little, Brown writes, “Meeting Bella is both the most unnerving and intriguing event he has experienced in all his years as a vampire. As we learn more fascinating details about Edward’s past and the complexity of his inner thoughts, we understand why this is the defining struggle of his life.”

You can pre-order Midnight Sun from a variety of retailers now.

More like this
10 Equally Romantic & Heartbreaking Books From British & Irish Authors
By Shahed Ezaydi
Netflix Shut Down 'Bridgerton' S3 Rumours About A “Very Dark” Storyline
By Bustle
Your Guide To Watching 'Everything Everywhere All At Once' In The UK
By El Hunt and Sophie McEvoy
Rupert Grint Just Shared A *Major* Update About Ron Weasley’s Future
By El Hunt
Get The Very Best Of Bustle/UK
Sign up for Bustle UK's twice-weekly newsletter, featuring the latest must-watch TV, moving personal stories, and expert advice on the hottest viral buys.