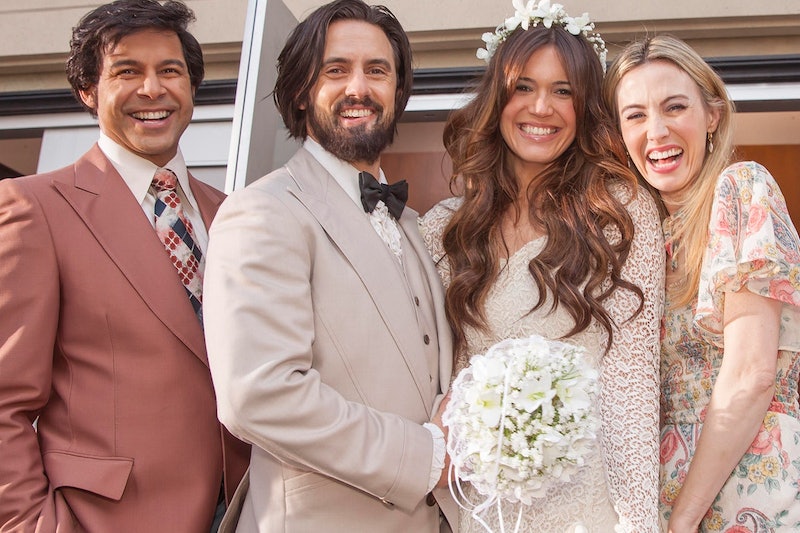 U.S. comedy-drama This Is Us is gearing up for its fourth season over in the states, and viewers will be welcomed back into the lives of the Pearson family. Sadly, those of us in the UK are currently lagging slightly behind, and the third outing of the award-winning series is yet to air on this side of the pond. Luckily, there are other ways to enjoy our favourite TV shows, predominantly on streaming platforms such as Netflix and Amazon Prime. So, when will This Is Us season 3 be on Amazon Prime UK?

Unfortunately, This Is Us series 3 is currently not available to Amazon Prime subscribers in the UK. I have reached out to the streaming service for comment, and will update with any new information once it becomes available. However, not all is lost, because This Is Us season 1 and season 2 are available to purchase on Amazon Prime UK for £7.99 and £14.99, respectively.

As reported by Digital Spy, the first two seasons of the hit U.S. drama were broadcast on both Channel 4 and More4 here in the UK, however, This Is Us series 3 is yet to receive a UK airdate. According to the Express, the show's third outing will once again delve into the lives of the Pearson family, and for the first time ever, the series will transport viewers both backwards and forwards in time when exploring the story of the family.

Some pretty big spoilers lie ahead, so if you're not fully up to date, you might want to look away now.

Towards the end of season two, viewers said a heartbreaking goodbye to family patriarch Jack, who was revealed to have passed away. However, thanks to the inclusion of flashbacks, the character is still featured throughout the show's third season — and series creator Dan Fogleman previously revealed that This Is Us season 3 picks up "a couple of months" after Jack's death.

According to the Metro, the cast of the show's third season includes Mandy Moore as Rebecca Pearson, Sterling K Brown as Randall, Justin Hartley as Kevin, Chrissy Metz as Kate, Veep star Susan Kelechi Watson, Guardians of the Galaxy's Chris Sullivan, The Walking Dead star Alexandra Breckenridge, and many more.

If like me, you cannot wait to get stuck into season 3, there's plenty more where that came from, because This Is Us has been confirmed to air until at least 2022. Yes, according to Digital Spy, the U.S. series has been renewed for three additional seasons, and in a statement regarding the show's renewal, NBC Entertainment's Lisa Katz and Tracey Pakosta said, "In a television landscape with nearly 500 original scripted series, there are very few, if any, that have the critical and cultural impact of This Is Us and we couldn't be more proud to bring fans three more seasons of a show that so well represents the NBC brand."

Speaking on Twitter earlier this year, show creator Fogleman also shared his reaction to the good news. He said, "Three years ago, we were live tweeting the premiere of our TV show, hoping someone, anyone might watch...Today our friends at @nbc picked up #ThisIsUs for THREE more seasons, bringing us to six."

This Is Us season one and two are currently available to purchase on Amazon Prime UK.