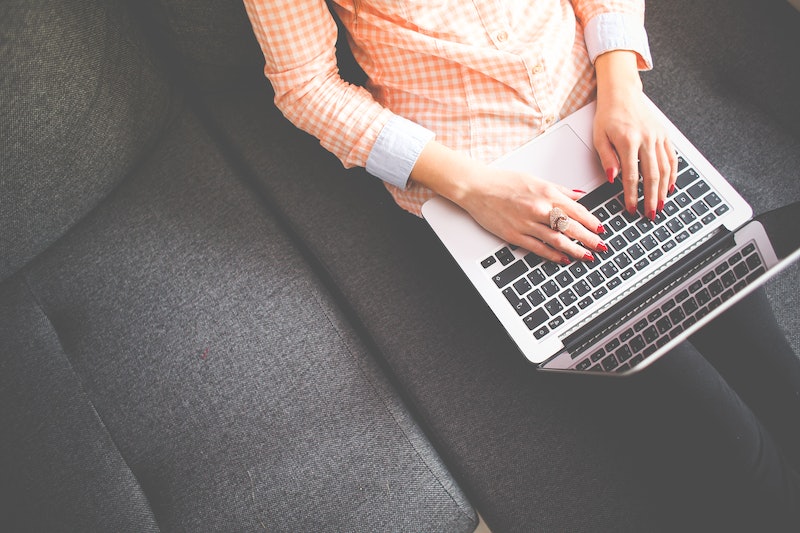 For many young professionals, the statement "I'd like a raise" is a tough one to mutter, and it can be as scary — or sometimes more so — as other four-letter questions like, "Will you marry me?” and “How serious is it?” But, when approached properly, asking for a raise doesn’t have to be quite the nerve-wracking conversation it’s been made out to be. For a lady boss doing great work, negotiating can actually be pretty empowering. Strike at the right moment, and the compensation you’re gunning for will feel closer than ever. But it begs the question: when’s the best time to ask for a raise? From the right time of year to the right time of day, the answer might surprise you.

Career coaches offer a host of suggestions for how to negotiate, along with guidelines on when to do it. Some of them are a no-brainer: don’t ask your boss when they're headed out the door (duh), and don’t ask when you’re feeling particularly frustrated or unhappy with your company — odds are, this will come out in the conversation, and could cost you your credibility. In the words of negotiation guru Cindy Gallop, “ask for the highest number you can say out loud without laughing.” Just make sure you do it at one of these times.

Whether you’ve been given a promotion or title change, or you're stepping in to absorb someone else’s responsibilities, more work should equal more compensation. If you’re gearing up to tackle a large project that requires extra staffing and management on your part, it’s probably a good time to discuss how your efforts will be compensated. If, after discussing the new workload, your boss isn’t keen on the idea of upping your salary yet, try to gently push back, and make the case that if they were to hire a new employee to take on these responsibilities, they’d be compensated for their efforts from day one.

It’s entirely possible that they’ll still want to test the model and see results before upping your salary, so if your manager isn’t ready to bump your pay, use the conversation as a road-mapping meeting and set a timeline for when that might be an option. Be sure to get some clear benchmarks and next steps out of this, so that there aren’t any surprises when you revisit the conversation.

Asking for an increase in compensation after you’ve just brought home a big win for the company gives you major negotiating power. All of a sudden, you aren’t just asking for a raise because you want it — you’re asking because you’ve earned it. Use your big victory as evidence of the hard work you’ve already been putting in, and a case study for the added effort you’ll be spending on the next project. This strategy works especially well for new product launches, major events, and campaign roll-outs. And don’t shy away from data here, either; if you can tie a value to your contribution, it’ll make asking for a specific number easier.

Contrary to popular belief, the best time to ask for a raise is not during your performance review. Why? Many performance reviews happen when budgets for the coming year have already been set. If you want to walk out of your annual review with a performance raise, you’ll want to start that conversation about three months out from when budgets are just being set. Wait for the review, and it could be four or five months before you actually see a pay bump.

And on that note, if you’re hoping to start the new year at a higher salary, you’ll want to ask for it in the early fall. Again, because budgets are set so far in advance, waiting until the new year could cost you an actionable bump. Even if you don’t have any check-ins with your manager coming up, ask for some face time and see what their reaction is to you requesting a raise. If it’s positive, see if the two of you can work out a timeline for getting there by the first of the year.

Did you recently earn a new certification? Or, maybe you finally wrapped up that online master’s program you’ve been slogging away at? If you’ve added some letters to your title, it might be time to add some dollars to your paycheck, too. Professional development programs and advanced degrees often mean more compensation. If you've completed a program that makes you more capable at your job, consider bringing up commensurate compensation to your boss.

Within reason, of course. Research shows that managers might be more open to compensation talks in the a.m., before any projects have had a chance to flare up and send everyone scrambling. That said, first thing in the morning is usually not your best bet. Give your manager time to get settled, grab a latté ("But first, coffee…" is a real thing, people), and answer some emails. See if you can start the conversation around 11 a.m. or so. This also gives you both the lunch hour to go and chew things over if need be.

It shouldn’t come as much of a shock that Mondays — or the first day back from a vacation — aren’t generally the best times to ask for a raise. On the contrary, if you want your boss to consider your ask, pitch it on a Friday afternoon. Assuming they aren’t trying to scoot out of the office early for a weekend getaway, Friday afternoons usually find employees in good spirits. Grab some time with your boss around 1 or 2 p.m. on a Friday and make your ask while they’re feeling positive.

While I feel your pain, "because I deserve it" is not the reason that's going to get you a raise. If you think you're worth more than you're making, wait until you've done your homework, checked national averages, and culled together the data to back up your ask. The worst thing you could do is go into the meeting unprepared, so take the extra time to get everything in order, and ask for the cash when you're certain you've earned it.