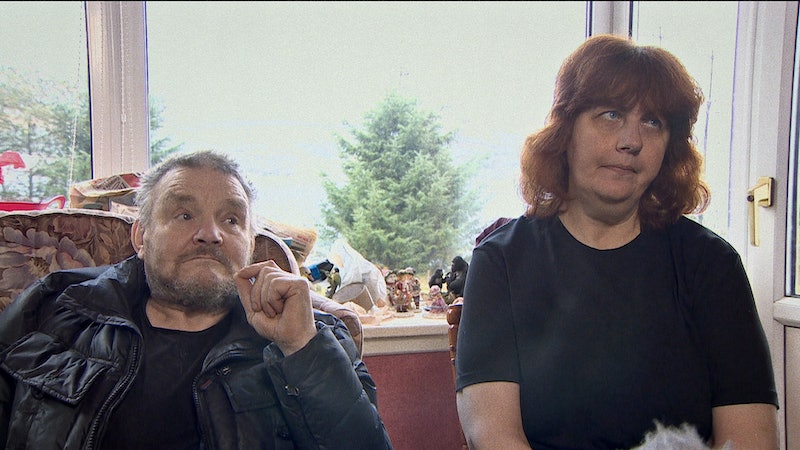 In a new two-part documentary beginning tonight (Jan. 8), the BBC is retelling the case of Margaret Fleming and the shocking circumstances surrounding her disappearance. Edward Cairney and Avril Jones are at the centre of this case, with the pair are accused of murdering Fleming for financial gain. Murder Trial: The Disappearance Of Margaret Fleming offers viewers unprecedented access to the trial of Cairney and Jones, to try and make clearer what happened to Margaret Fleming all those years ago.

Fleming was a vulnerable adult who was under the care of Cairney and Jones. They lived in the village of Inverkip, Scotland. In 2016 an application for a Personal Independence Payment came to the attention of the authorities and raised suspicion. When they tried to contact the claimant (Fleming), neighbours told them she hadn’t been seen for nearly 20 years. Fleming seems to have gone missing in 1999 at 19 years old.

Murder Trial: The Disappearance of Margaret Fleming details how Cairney and Jones were accused of killing Fleming, disposing of her body, and claiming benefits in her name for 16 years. As The Guardian reports, the pair were convicted of Fleming’s murder in July 2019 and were sentenced to life in prison, which is where they remain today. However, the conviction came at the end of a long and mysterious investigation.

Speaking about the case in a statement, director Matt Pinder said:

Opening the door to the largely unseen world of the criminal justice system is fascinating. And then there’s the Margaret Fleming case itself which was shrouded in complete mystery and intrigue from the get go. No body had ever been recovered, there was no crime scene, no CCTV, no eyewitnesses, no direct evidence that a crime had been committed. The police spent a year investigating it going into great detail.

Cairney and Jones were arrested for Fleming’s murder in 2017 and at the time insisted she was still alive. After they were convicted, Cairney's lawyer said (via The Guardian), "Mr Cairney continues to deny any involvement in the crime. He maintains that, to his knowledge, Margaret is still alive."

To understand more about what happened in this mysterious case, you can catch Murder Trial: The Disappearance of Margaret Fleming on BBC Two at 9 p.m. on Jan. 8.

More like this
This Is When Netflix Is Going To Start Charging You For Sharing Passwords
By Darshita Goyal
A New Netflix Doc Will Explore The Unsolved Murder Of Jill Dando
By Sam Ramsden
This First Look At 'The Gold' Shows Jack Lowden In A Whole New Light
By El Hunt and Sam Ramsden
Eurovision Has Been Given A Whole New Look Ahead Of Its Liverpool Debut
By Bustle UK
Get The Very Best Of Bustle/UK
Sign up for Bustle UK's twice-weekly newsletter, featuring the latest must-watch TV, moving personal stories, and expert advice on the hottest viral buys.