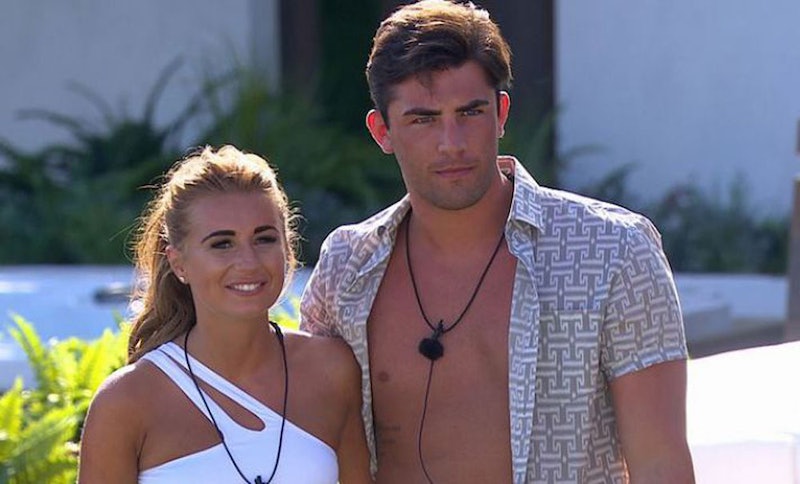 Life throws out an unanswerable question every now and then. Why is the earth round? Is there really life after death? Why do I have a phobia of spiders and ketchup? (Alright, that one's probably just me.) And now, I'm wondering where do the Love Islanders get their clothes from? I mean, they were a different outfit every night in the villa. It's a bid odd considering they all took in just one suitcase. Are they distant relatives of Mary Poppins? I need answers. Something doesn't add up.

Before I go all-out on this investigation, one must consider a few things. At the beginning of this year's Love Island series, there were 11 contestants: five girls and six boys. While this number can go up and down depending on who comes in and who gets voted out of the villa, let's stick to 11 as a ballpark figure.

While previous series have lasted for (a way too short) six weeks, this year's will go on for two whole months. That's eight weeks of snogging, mugging off, and sleeping on the sofa routines. It's also eight weeks' worth of outfits. Oh, and the Love Islanders are only allowed to bring one suitcase. So where do all their clothes come from?

I don't know about you but I can barely fit a week's worth of summer clothes into one suitcase. Without being too stereotypical, how on earth does any woman fit enough swimwear, evening looks, pyjamas, make-up, and shoes to last them for two months inside one tiny suitcase? Let alone enough for them to wear a different thing each day.

Thankfully, I'm not the only person who has noticed this bizarre fact.

"Is Mary Poppins having a sale on her handbag range, or how many suitcases are the contestants allowed?" tweeted one viewer who was just as confused as me.

Let's do the maths here. Eight weeks is approximately 60 days. The girls usually wear swimwear and at least one "normal" outfit each day. So that's 120 looks to put together and I haven't even got onto the amount of shoes, jewellery, and beauty bits that you'd have to bring along too. I'm no genius but I don't think a suitcase big enough to house all of that exists.

OK, so I'm forgetting to mention that each contestant is kitted out with all the Missguided clobber they could ever dream of so they perhaps don't need to bring as much from home as you originally thought. And according to Glamour, the islanders are stocked up with toiletries from Superdrug and hair products by ghd.

However, this brings me to another issue. Where do all the clothes fit? Every single one of us has seen the wardrobes inside the villa and when you compare it to the closet space of the Kardashians, for example, well... they're just not that big. If you can't quite picture it, the fact that Laura just about managed to fit inside one of them should give you a better idea.

Also, I've already examined the islanders' swimwear habits and found that not as much came from Missguided as I had previously assumed, leading me to believe that they are wearing things from home more often than not.

Maybe there's a special glam room that viewers aren't allowed to see. After all, the villa is pretty big so there could easily be something hidden away from view.

A more likely answer to this pressing question is that the islanders bring way more than one suitcase with them and are forced to hide them from the cameras so as not to ruin the illusion. (This seems especially likely since Kendall told Glamour that she would be packing 10 pairs of shoes. There's no way you'd get that case past easyJet staff without some hefty baggage fees.) I checked in with a Love Island spokesperson to find out what exactly's going on in the villa because I'm just baffled.

It turns out, I was right. The islanders are filmed walking into the villa with just on case but actually, they pack way more, however, that part isn't filmed. "They took two suit cases full of clothes into the villa before filming started," my ITV sources tells me.