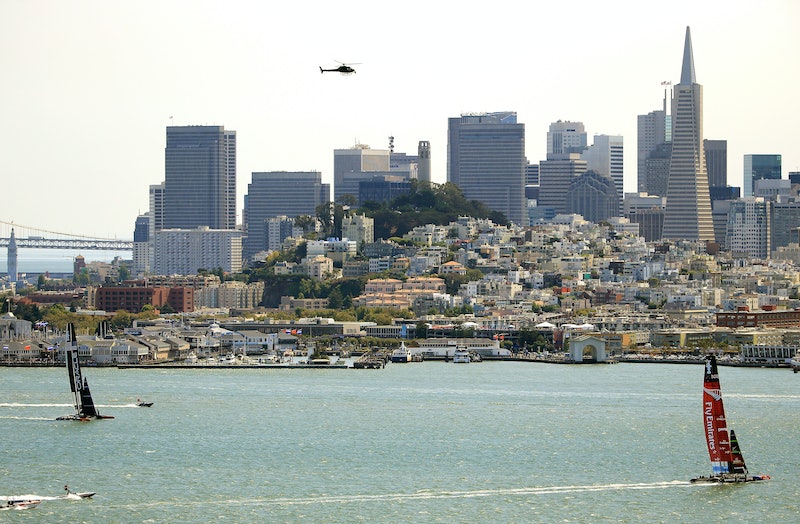 After the deadly far-right white supremacist rally in Charlottesville, Virginia, other similar gathering have sprouted across the United States. Among them is a right-wing rally in San Francisco's Crissy Field on Saturday that was canceled the night before due to "safety concerns." Organizers announced that they will be holding a press conference at a popular residential neighborhood and park instead. But where is Alamo Square in San Francisco? Right-wing protestors are planning a gathering there instead.

Although the organizers of the right-wing march claim that they will allow no "extremists" into their rally, local officials expressed concern that the rprotest could possibly lead to outbursts of altercations and violence — similar to that witnessed in Virginia, which lead to the deaths of a 32-year-old woman and two state troopers. San Francisco Sen. Scott Wiener, who railed against the eleventh-hour change, said that the group would not be allowed to convene in Alamo Square simply because they did not have permit to do so.

"This rally in Alamo Square is illegal and in the heart of a residential neighborhood, and I am deeply concerned it will lead to violence, particularly given how close Alamo Square is to the counter-protest at Civic Center," Wiener said. "As a matter of public safety, it cannot be allowed to happen."

Wiener also went on to describe the organizing group, Patriot Prayer, as a "right-wing extremist group" which "showed its true colors by canceling, at the last minute, its permitted rally at Crissy Field and scheduling an illegal unpermitted rally at Alamo Square." He went on to say, "[Patriot Prayer] did this after the National Park Service correctly placed significant security conditions on the permit, including not carrying anything that could be used as a weapon."

Patriot Prayer's Facebook page claimed that it would not allow "extremists" into the march, including "Nazis, Communist, KKK, Antifa, white supremacist, I.E. [Identity Europa, a white supremacist group], or white nationalists." The page claimed that the rally would be for "moderate" Americans who wished to share their oppositional views under their right to free speech.

In spite of its claims, the group's speaker list continues to include white nationalist Kyle Chapman who had reportedly assaulted protesters at a rally in April in Berkeley. Chapman is presently in jail but is eligible for bail and on Thursday, he informed users on Facebook that he would be attending the rally.

Given such circumstances, Wiener's concern appears to be justified. "Patriot Prayer is not interested in simply exercising free speech. Rather, Patriot Prayer wants to create a volatile, chaotic, violent tinderbox," Wiener said.