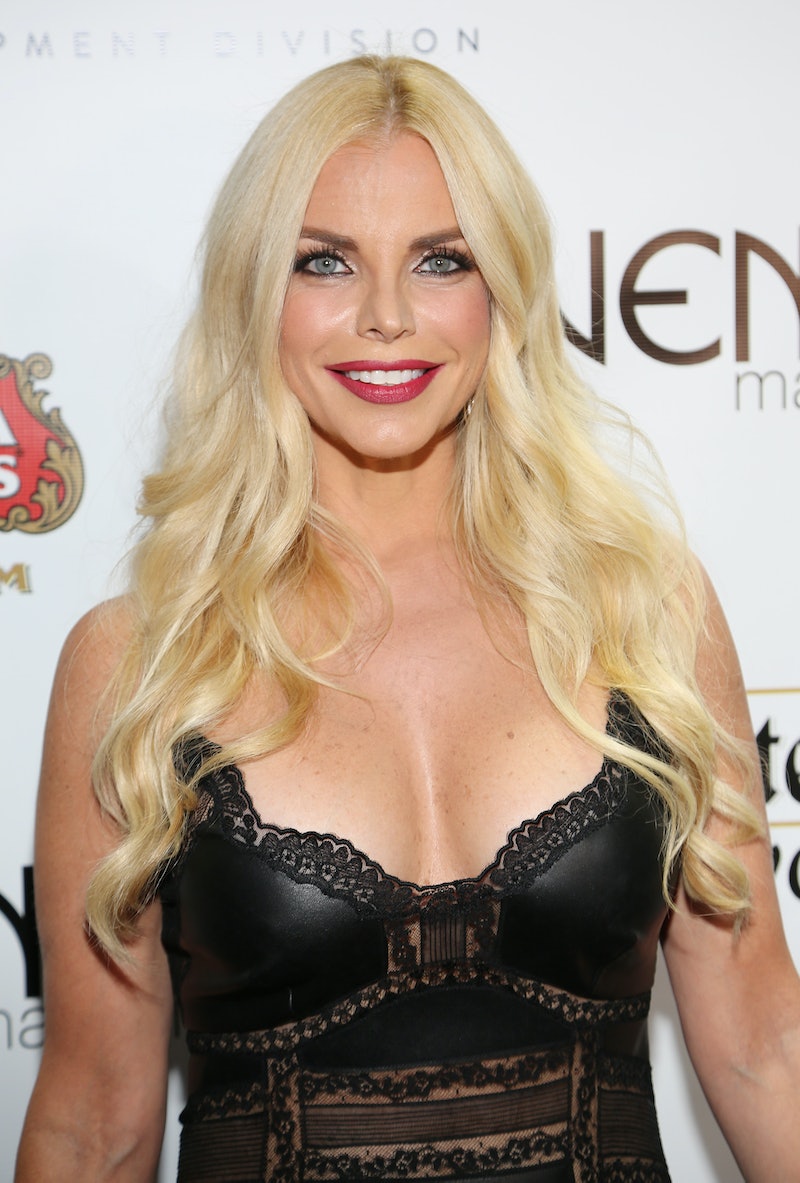 In the six-plus years since the Bravo series last aired, self-proclaimed "Cuban Barbie" Alexia Echevarria from The Real Housewives of Miami has gone through some major ups and downs. The former executive editor of Venue magazine admits to Bustle that Seasons 2 and 3 of RHOM were a "very sad time" in her life as she dealt with her son Frankie Rosello's devastating 2011 car accident. "You have to go through sadness to appreciate the good," she says. "And that's where I am now. I'm so happy."

Before Alexia got to where she is today, however, she first had to deal with more tragedy. In 2015, she and businessman husband Herman Echevarria mutually decided to separate. "Following Frankie's accident, we became close in so many ways, but, as a couple, we became very distant," Alexia explains. "Inside of me, I really wanted him to fight for me and our family, and say, 'no, let's do this,' but he didn't."

Instead of divorcing, the pair decided to "take some time apart," and Herman moved out of the family home. Alexia says she eventually began dating and was having the "time of [her] life." Frankie graduated high school with a special diploma in May 2016, and her other son Peter Rosello was "doing great" studying at the Paris School of Business, where he met his now-wife Eliza Kluegling.

Then, in September 2016, tragedy struck again. Just days after they'd celebrated Venue's 10th anniversary, "I got the phone call that Herman passed away from a heart attack," Alexia recalls, adding that it was "super unexpected" and "very difficult" for her to accept and handle.

Following Herman's death, she says she became embroiled in a contentious legal battle with her husband's children, Nelson and Herman Echevarria Jr., over ownership of her home in 2017. A judge ultimately ruled in favor of Herman's sons, who also inherited their father's majority shares of Venue and shuttered the Miami-based lifestyle magazine. "I had to pack the house, after living there 16 years with both of my kids," she explains. "It was so unfair, but after I fall, I get up even stronger."

Alexia relocated to a new apartment with her now-fiancé, Miami real estate investor and developer Todd Nepola, who popped the question during a pre-Christmas weekend trip to New York City in December 2019. The RHOM star recalls Todd, whom she began dating in February 2017, being "so nervous" before he proposed during a late-night walk to see the Rockefeller Center Christmas tree. With planning delayed a bit due to the coronavirus pandemic, the couple is now planning to wed in early 2021.

Professionally, Alexia is now the owner of Miami's Alexia + Frankie's Beauty Bar, formerly a nail salon where she had been a client. In addition to nail services, she expanded the business to include such services as lashes, spray tans, and blowouts. She calls the spa her "little haven" that gives her life purpose. Clients' "million dollar question," according to the reality star: "When is Miami Housewives coming back?"

Bravo never officially canceled the franchise, though new episodes haven't aired since November 2013. Alexia says she's still in close contact with castmates and friends Marysol Patton and Lisa Hochstein, and that all three "would love" to see a RHOM revival. "When you go through the things I've gone through, you really learn to appreciate where your life is today," she says. "And I'd love for fans to see how happy I am."