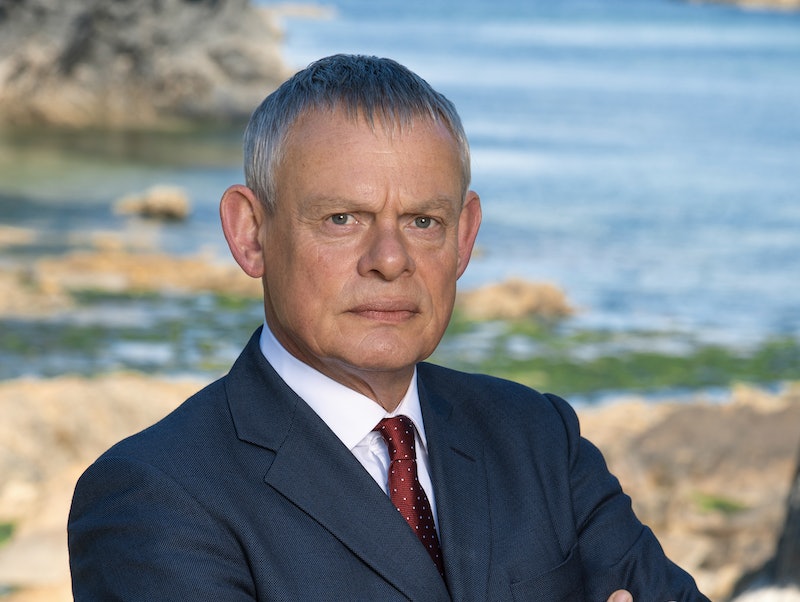 ITV's Doc Martin is back for an impressive ninth series, and Martin Clunes will reprise his role as everyone favourite grumpy GP. The new season will again follow the shenanigans of Dr Martin Bamford in the fictional seaside village of Portwenn. But where is Doc Martin filmed? Well, production on the series takes place at several picturesque locations, and here are all the details you need to know.

According to iNews, Doc Martin is primarily filmed in the real-life fishing village of Port Isaac, Cornwall, which serves as a backdrop to the ITV series. Many of the show's notable filming spots include Fern Cottage, where Doctor Ellingham's surgery is set, the tiny Doyden Castle in Port Quin, St Nonna's Church in the village of Altarnun, the Old Schoolhouse Hotel, and The Cornish Cove Cafe in Port Isaac.

As reported by Digital Spy, the show's lead star, Martin Clunes, has previously discussed his love of Doc Martin's filming location, and revealed, "We love going to Cornwall to make Doc Martin, and we miss it when we are not there. The county is so beautiful and the people have been so warm and welcoming to us. It is the best job in television."

And Clunes is not alone in his love for the county; Cornwall is a very popular spot for British holidaymakers looking to have a staycation. Chances are you or someone you know has visited before.

According to Hello! Magazine, our favourite TV doctor will face trouble throughout the show's ninth run, as "his future as a GP is under scrutiny from the General Medical Council following complaints about his irascible approach to patients." Although fans are surely delighted to see Doc Martin return for another season, Clunes previously revealed to Digital Spy that he has no idea if the ITV show will proceed after series nine. Speaking back in 2017, the actor explained, "ITV has commissioned the ninth (series). We don't have a commission beyond that. Ask me again in two years." However, fans shouldn't worry too much about the series coming to an end anytime soon, because when speaking to the Radio Times, Clunes revealed that there are now plans to release a fresh batch of Doc Martin episodes "every other year."

In addition to the Men Behaving Badly star, the cast of Doc Martin series nine also includes Caroline Catz as Louisa, Dame Eileen Atkins as Aunt Ruth, Ian McNeice as Bert Large, John Marquez as PC Joe Penhale, and Jessica Ransom as Martin’s receptionist, Morwenna Newcross. According to the Radio Times, the ITV series is also no stranger to some very impressive guest stars, and just last season viewers were treated to a performance by the Oscar-winning actor, Sigourney Weaver.

As reported by Digital Spy, the latest series of Doc Martin kicks off on Wednesday, September 25 at 9 p.m. on ITV. If you'd like to catch up with any previous episodes before the show's highly-anticipated return, you can find the first six seasons of Doc Martin on Amazon Prime Video — each of which will set you back £5.99. You're welcome.