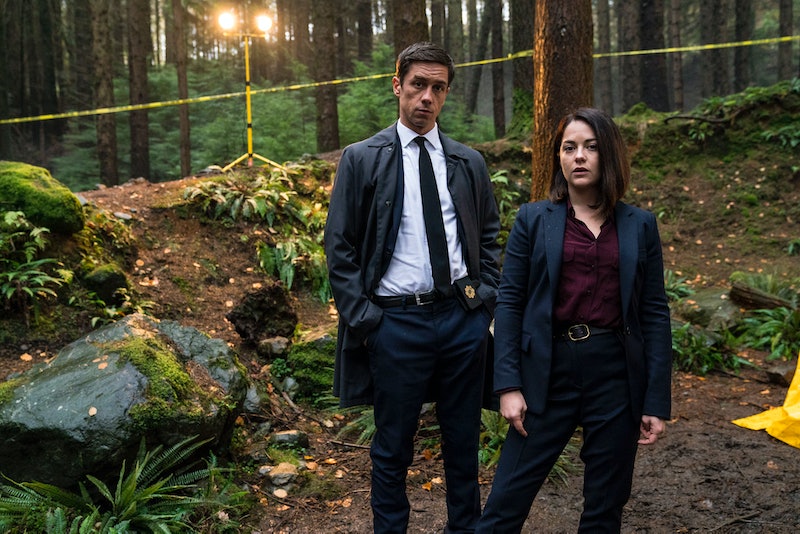 Whenever a narrative revolves around an unsolved murder case, a dark and dreary setting is a must. And that is certainly the case with BBC's latest crime drama Dublin Murders, based on two of Tara French's best-selling novels. Set in Ireland in the late '00s and '80s, it's hard not to wonder where is Dublin Murders filmed, and are they places you'll be able to visit once the series is over?

As iNews notes, Dublin Murders was shot on-location "in the Irish capital and in Belfast," alongside many other beautiful locations across the country. A lot of these places are already tourist attractions in their own right, but once the series finishes airing there's definitely going to be an increase in visitors.

A lot of filming took place in Tollymore Forest, which served as the woods where the fictional murder takes place. This Northern Irish forest has also been used for the likes of Game of Thrones and Dracula Untold according to iNews, but the area is rich in its own history that needs to be experienced in person to appreciate fully. As tourist site nidirect notes, features of Tollymore Forest that include ornate bridges, enormous Himalayan cedar trees, and the Shimna River that provides a diverse habitat for "a variety of birds and mammals such as dippers, kingfishers and otters."

When it comes to urban settings, it seems that the bulk of filming was split between the village of Drumaness and the cities of Dublin and Belfast. As part of the story takes place in the '80s, a lot of set dressing was needed to make these locations fit the timeline. As iNews reports, residents of Drumaness spotted "old-fashioned Garda cars in the area" and "[p]eriod details like Green post boxes and retro Mr. Whippy ice cream vans."

Local Irish newspaper The Down Recorder also reported these sightings, describing the village as being "swamped by a full production crew and vehicles as filming started" on the series last September.

Dressing already established locations to a different timeline is no mean feat, and director Saul Dibb extended that authenticity even further. "The present day was shot with modern lenses," he told BT TV. "It's set in 2006, we looked at Fujifilm stock for the 2006 period and we looked, then again for the 1980s for more of a 16mm Kodak film."

"There would be subtle differences between the look of the two periods, but without ever trying to do something that felt too forced or contrived," he added. To match the current golden age of television, Dibb wanted to make Dublin Murders stand out aesthetically and visually.

"The bar has been raised really high for television recently. There are no longer discernible differences in quality between television and film, so we need to be making something that operates at that level, and I felt that this was an opportunity in terms of British television to be able to do that."