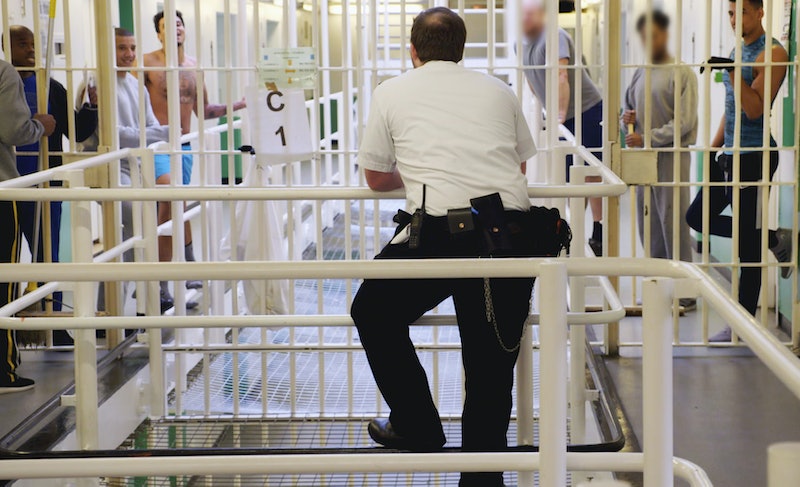 Life in prison is a mystery to those who've had no experience with it. From the prisoners to the guards to those in charge, there are several versions of what prison life is actually like. But unless you're familiar with the institution yourself, it's hard to understand, and there are many myths and misconceptions about the British prison system especially. Which is why documentaries such as ITV's Inside Prison: Britain Behind Bars are so darn fascinating — and important. But where is Inside Prison: Britain Behind Bars filmed, and what more is there to know about the series?

Well you guys, the reason this documentary is set to be a stand-out from previous documentaries about the British prison system is that this one doesn't focus on one location. In order to get a truly broad understanding at the life for those who work in prisons, or are incarcerated within them, Inside Prison looks at a number of different locations. Six to be precise.

According to the ITV website, the cameras will follow the lives of those associated with HMP Downview, a women's prison in Sutton; category B prisons HMP Bullingdon in Oxfordshire and HMP Isle of Wight; HMP Deerbolt in County Durham and HMP Portland in Dorset, which are both young offender institutions; category C prison HMP Erlestoke in Wiltshire; and the officer training facility at Newbold Revel in Warwickshire.

The show aims to shine a light on the British prison system, which, according to ITV, is bursting at the seams. As the bio for the show explains

"At a time when the Prime Minister has promised a £2.5 billion investment in more prison places, this series examines the challenges presented to staff by escalating levels of violence across UK jails, and explores how officers drawn from a broad range of backgrounds, ages and experiences build and maintain relationships with prisoners from young offenders to vulnerable women."

As well as day-to-day life in the prison, the documentary will also look at the various schemes in place that aim to help prisoners face the outside world and avoid reoffending once they're discharged.

In the first episode, which airs tonight (Sept. 26) at 9 p.m., ITV will follow 32-year-old repeat offender Gemma, who is serving five years for burglary at HMP Downview. She speaks about her life, explaining that from a young age crime was all she knew, learning to become a dab hand at shoplifting. "I'm an expert in shoplifting," she tells ITV. "Everyone is trying to hustle. I learnt from young to manipulate everyone quite quickly."

Drug dependency has blighted Gemma's life and sadly been an incremental part in her need to carry out criminal acts. "Crack has ruined my whole life," she says. "I’m scared that when I get out where am I gonna go? Will I just go back to what I know?"

Gemma's story and those of not only other prisoners but the guards in charge is a truly honest and open look into the British prison system and the obvious changes that need to be made.

Watch Inside Prison: Britain Behind Bars on ITV1 Thursday Sept. 26 at 9 p.m.

More like this
Stephen Graham’s Wife Plays A Vital Role In His Career
By Emma Madden and Sophie McEvoy
The Sean Bean Intimacy Coordinator Controversy, Explained
By Sam Ramsden
At 28, Lesley Manville Was Acting, Picketing, & Singing Kate Bush Songs
By Olivia-Anne Cleary
Nicola Walker Is Confident About Emma & Ian’s Future
By Frances Stewart
Get The Very Best Of Bustle/UK