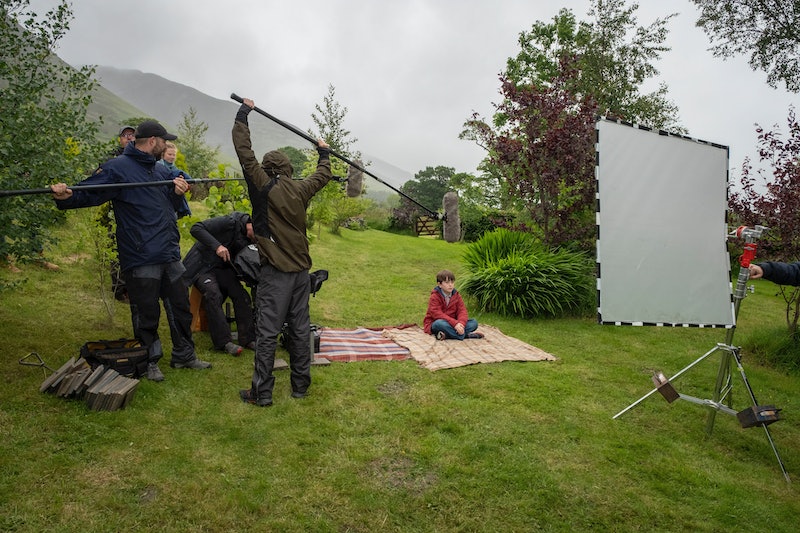 As going to the pub or out for dinner with friends is ruled out right now, there’s a serious need for good TV series. In April 2020 the BBC announced that the much-loved family saga, The A Word, would be returning for series three. The story picks up two years on and life in the Hughes household looks very different. However, the amazing scenery in the show remains the same and will make you wonder, where is The A Word filmed? After his parents' divorce, Joe is trying to process living in two different places. His parents start to date other people and his family is spread out across the country but a lot of the drama is still set against the beautiful backdrop of the Lake District.

Much of The A Word is filmed on location in the Lake District, with Phil McKay of Lakeside Castings (an agency involved in the series) revealing, “The filming has taken place around Coniston and Keswick… it represents a big chance for local people and it's nice to have a bunch of extras from all walks of life. It's good for them to get involved and have an insight of what's going on in their village… it's positive that the filming went ahead despite the floods that have affected so many people in the county, it gives them a boost.”

Coniston is in Cumbria and is in the southern part of the Lake District National Park. Keswick is surrounded by mountains like Skiddaw and is known for its stunning, desolate landscapes. Both were affected by flooding in early 2020.

Although the Lake District was the chosen location for much of The A Word's filming, some scenes were shot in Manchester – more specifically, in Space Studios. Located east of the city centre, Space Studios is a purpose-built facility for large-scale films and TV production.

To say that series two of The A Word ended on a dramatic cliffhanger is an understatement. Paul (played by Lee Ingleby) was preparing to leave Alison (Morven Christie) as he felt they were already leading very different lives. In the final scene of the series it seemed Joe (Max Vento) had united the family and all was well, until Maurice (Christopher Eccleston) suddenly collapsed.

Season three picks up as the Hughes family attempts to put their lives back together. Paul and Alison have moved 100 miles apart and Joe travels between his parents, processing the divorce through the lens of his autism. Writer Peter Bowker said “It’s a joy to be revisiting the world of The A Word, to move the story of the Hughes family on, and to have the opportunity to expand our celebration and examination of diversity and humanity in all its myriad forms.”

The A Word series three returns on May 5 at 9p.m. on BBC One and the full boxset will be available on BBC iPlayer. You can also catch up with series one and two online now.