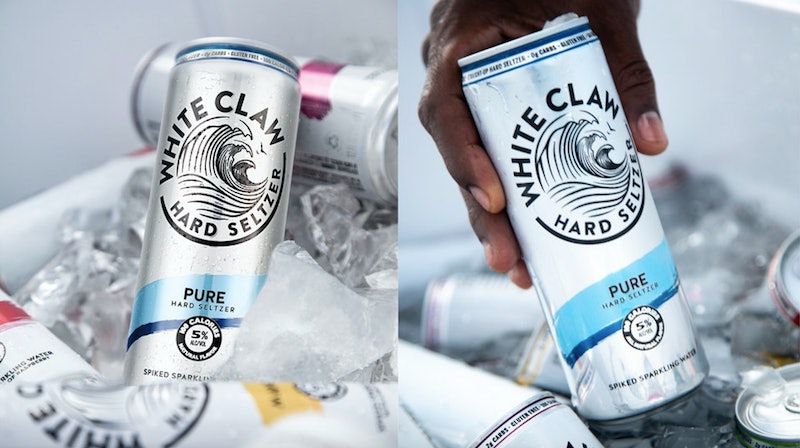 RIP White Claw summer. As if we needed any further proof that summer is over and fall has arrived, the current White Claw shortage feels like the nail in summer's coffin. White Claw, the ridiculously popular hard seltzer, has become so popular that it's going through a shortage, according to a report from Business Insider.. A lot of fans have been screaming into the abyss (by which I mean Twitter) and wondering, "Where can you get White Claw during the shortage?" as they check their local haunts to find the shelves are bare. The good news is that the company is doing its best to get things moving — that said, it's not entirely clear yet when stock will return to normal.

"We are working around the clock to increase supply given the rapid growth in consumer demand," Sanjiv Gajiwala, White Claw's senior vice president of marketing, told CNN Business. "White Claw has accelerated faster than anyone could have predicted."

There is some good news. It's not like White Claw has completely fallen off the radar. Gajiwala explained that the company was still allocating products to "keep all markets in stock the best we can and will continue to do so until we get back to our normal safety stock position." In other words, some of the product will continue to be dispersed, just not at normal levels. Considering sales reached $327.7 million in July — a rise of 283% from the year before, according to CNN — it might be no surprise that they're having trouble keeping up with the huge demand. People are very serious about their White Claw.

So where can you get your hands on some White Claw? Well, it's worth checking out some major retailers.