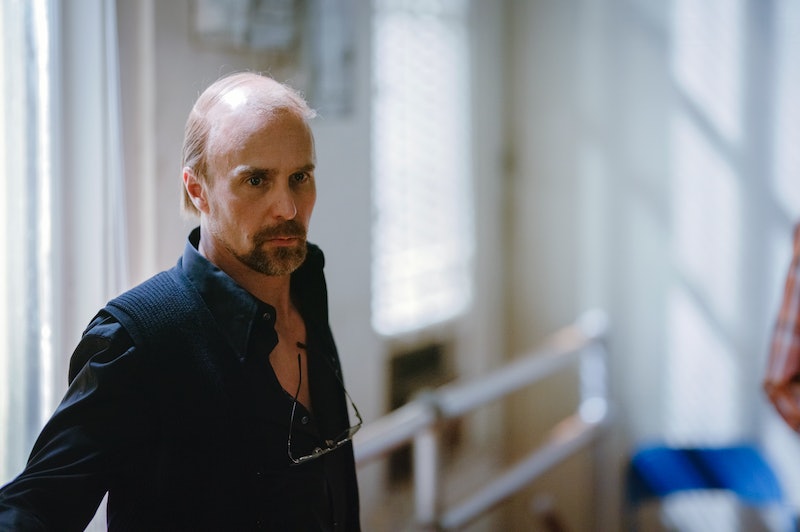 Fosse/Verdon has finally reached one of the more infamous points in Bob Fosse's life and career — the heart attack that happened while he was trying to edit a film and direct a new musical at the same time. Audience members are well familiar with the plot of Chicago, but that other project is a little more obscure. Luckily, you can stream Fosse's film Lenny and watch the director/choreographer's critically acclaimed film to see what it's all about.

It's surprisingly easy to watch, in fact. While some of Fosse's more well-known films like Cabaret, Sweet Charity, and All That Jazz are more difficult to find online, Lenny is streaming on Amazon Prime. You can watch the 1974 black and white Lenny Bruce biopic right now. It's also available on iTunes.

Lenny didn't fill Fosse's pockets with awards like Chicago, but it was in the National Board of Review's top ten of the year and nominated for six Oscars, three Golden Globes, three BAFTAs, a DGA, a WGA, and the Palme d'Or at Cannes Film Festival. Actor Valerie Perrine, who plays Honey Bruce in Lenny, actually took home most of the awards that the film did receive, including a BAFTA and a New York Film Critics Circle Award.

On Fosse/Verdon, Dustin Hoffman (who plays Lenny Bruce in Lenny) is played by Broadway's Brandon Uranowitz, who you may recognize as a summer camp entertainment director from The Marvelous Mrs. Maisel... a show that incidentally features Lenny Bruce as a character. It's a very fun, accidental connection that makes the vast television landscape seem just a little bit smaller.

On Fosse/Verdon, there are only a few brief glimpses into Lenny itself. Instead, Fosse imagining himself as Lenny Bruce becomes a narrative device. It's easy to see why Fosse, as an artist, was drawn to these types of stories. Almost too easy. He even over-identified with the title character in Pippin, to the point where his own demons made it difficult for him to find the happy ending satisfying.

From seedy dance halls (Sweet Charity) to see nightclubs (Cabaret) to seedy comedy nights (Lenny), Fosse is telling the story of his upbringing and career over, and over, and over. The low brow becomes high brow. This is, of course, also ever-present in the story of the merry murderesses in Chicago, but the plot of Lenny may reveal why Fosse was more interested in working on it than the Kander and Ebb musical.

Lenny takes a nonlinear approach to Bruce's life. Like Fosse, Bruce found himself married to a famous dancer and frustrated by pressure to make his comedy "safe" and palatable for the general public. He wants to tell dark, edgy, and obscene jokes — In the same way that Fosse is tired of fluffy musical comedy that doesn't go too deep, Bruce wanted to tell dark, edgy, and often obscene jokes. But you should watch Lenny for yourself and see.

By the way, the film is also a pretty underrated Hoffman performance. Even if you're partial to the afore-mentioned Marvelous Mrs. Maisel take on the controversial comedian, Lenny is worth a gander.

More like this
Netflix Reveals First Look At Wednesday In The 'Addams Family' Spinoff Series
By Bustle Editors
Kenan & Kel Just Reunited At The 2022 Emmys & Twitter Is Overjoyed
By Grace Wehniainen
Paul Mescal, Man Of Mystery
By Samantha Leach and Heather Hazzan
What’s New On Netflix: Ana De Armas’ 'Blonde' & A Nick Kroll Special
By Arya Roshanian
Get Even More From Bustle — Sign Up For The Newsletter