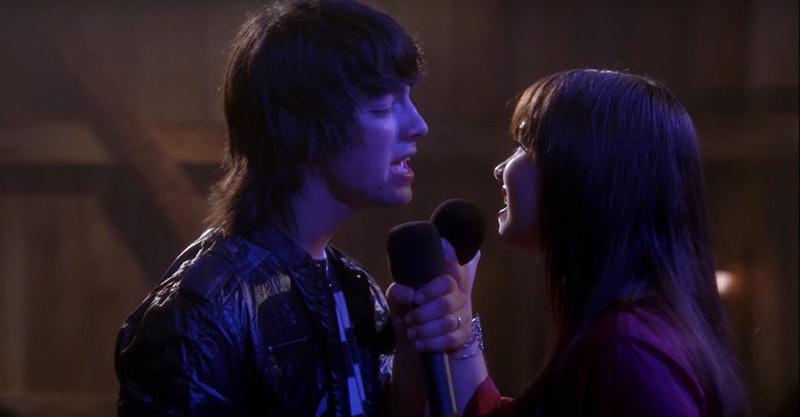 If you've finished the Jonas Brothers' documentary Chasing Happiness and now are itching to know where you can stream Camp Rock as soon as humanly possible, you are in luck. Now I found where to stream, there's no way to hold this list in. No more hiding the movie we want to see, this is stream.

So, you want to watch Camp Rock in the year 3000, er, 2019, eh? Well, what do you know? You have several choices. You can rent it on Amazon Prime. You can watch it on YouTube. You can play it on iTunes. You can fire it up on Google Play. And if you would like to follow up Camp Rock with the 2010 sequel, Camp Rock 2: The Final Jam? Again, you can find it on Amazon Prime, YouTube, iTunes, Google Play. These will cost you a few bucks, so bear that in mind as you plan out your Camp Rock viewing party.

If you have DirecTV Now, both Camp Rock and Camp Rock 2: The Final Jam are currently in the streaming TV service's library. Both are also available to DisneyNOW subscribers. At the time of writing, neither of the Camp Rock movies are on Netflix.

Now that all of that is out of the way, a quick history lesson for anyone who has not attended Camp Rock: In 2008, the Disney Channel released a Disney Channel Original Movie about a music camp called Camp Rock starring Kevin Jonas, Nick Jonas, Joe Jonas, and Demi Lovato. It gave us summer camp shenanigans, a love story, lots of original songs, and the Jonas Brothers playing a fictional band called Connect 3... but it almost did not give us the band Connect 3 as we know it. As Kevin Jonas Sr. shared in Chasing Happiness, Joe was originally the only Jonas offered a role in the DCOM. Thankfully, Papa Jonas called up the head of Disney and pitched that they put all three members of the band in the flick. And with that, Connect 3 was born.

The Camp Rock era was a major moment for the group, but as Nick recently told Paper magazine, the band is “not really defined by those years.” He continued,

"We had a lot of fun... you know, it was sort of a rocket ship to the moon during that time. When Disney played our video for 'Year 3000,' everything changed. It all started to happen when Disney got on board. Our years doing Camp Rock and TV shows were really formative."

Camp Rock is a crucial part of the Jonas Brothers puzzle, but it is in no way the only piece. If you are ready to revisit this treasured DCOM (and shudder at the thought of what it would’ve been like if Papa Jonas had not intervened), raise your hands up in the air and pick a stream. You're finding your streaming choice, following your rentable stream. 'Cause Camp Rock rocks, (it rocks!) it rocks, it rocks, it rocks on.