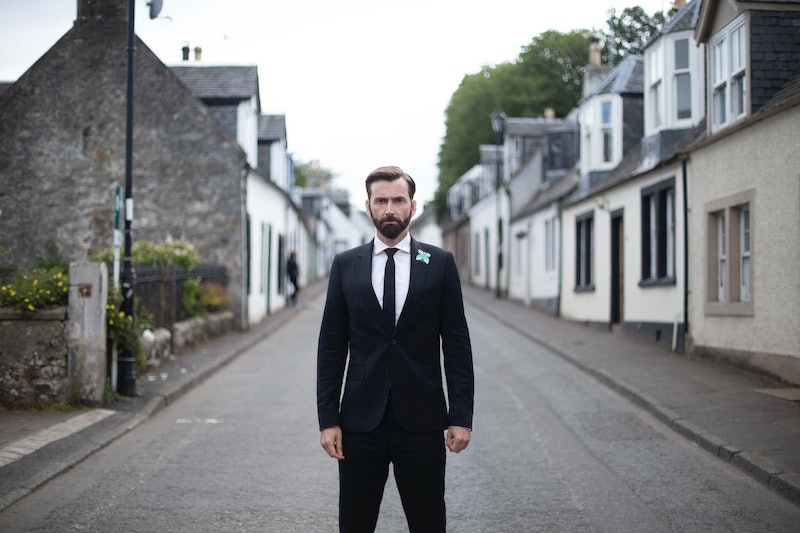 Starring David Tennant, Channel 4's latest drama Deadwater Fell follows the story of a sleepy Scottish village which is rocked by a horrific crime. The thriller centres around a man accused of murdering his own family, and is set within the fictional town of Kirkdarroch, Scotland. But where was Deadwater Fell filmed?

Well, despite taking place in a fictional location, production on the Channel 4 series did actually take place in Scotland, and as iNews reports, the majority of filming occurred in the East Ayrshire village of Dunlop and Kilbarchan in Renfrewshire. Despite being just a stones throw away from the bustling city of Glasgow, both primary filming locations wound up being the perfect setting for the fictional village of Kirkdarroch — which is intended to be situated in the middle of nowhere. According to the Radio Times, another Scottish beauty spot featured in the series is Culzean Beach, which is located within Culzean Country Park, Ayrshire. Interestingly, this isn't the first time the location has been chosen as a filming spot, as it was previously used in the 1973 horror classic, The Wicker Man.

When discussing the show's production process, lead actor David Tennant described Deadwater Fell's filming locations as being "quite useful," and speaking to the Radio Times, he added, "just in practical terms, you can be in the centre of a big city and then 10 minutes later you can be in the middle of nowhere around Glasgow."

As Digital Spy reports, the four-part Channel 4 drama follows two families at the centre of a heinous crime, which occurs after a seemingly happy village family are killed in the most horrific circumstances. The local community is shaken by the murderous act, and residents soon become gripped with doubt and suspicion, questioning everything they thought they knew about their neighbours. Former-Doctor Who star Tennant appears in the series as GP Tom Kendrick, and as iNews reports, he is joined in the cast by The Crown star Anna Madeley as Kate Kendrick, The Bay's Matthew McNulty as Steve Campbell, Torchwood star Cush Jumbo as Jess Milner, and more.

The crime drama is brought to Channel 4 by show-writer Daisy Coulam, who is best known for her previous work on Death in Paradise, Grantchester, and Humans. When discussing Coulam's latest project, cast-member Jumbo praised the show's script as being "something very special," and teased that viewers can look forward to a "chilling and fascinating" story. So, it seems we have yet another brilliant TV drama on our hands, and I'm very much looking forward to Channel 4's latest Friday night offering.

More like this
'The Catch' Revisits A Famed Irish Filming Spot From 'The Tudors'
By Darshita Goyal
Armani Jackson Is Following In His Famous Actor Sister’s Footsteps
By Catharina Cheung
The Banned 'Friends' Ad Shows Monica As You’ve Never Seen Her Before
By Sam Ramsden
Con O'Neill Was Connected With Sarah Lancashire Long Before 'Happy Valley'
By El Hunt
Get The Very Best Of Bustle/UK
Sign up for Bustle UK's twice-weekly newsletter, featuring the latest must-watch TV, moving personal stories, and expert advice on the hottest viral buys.