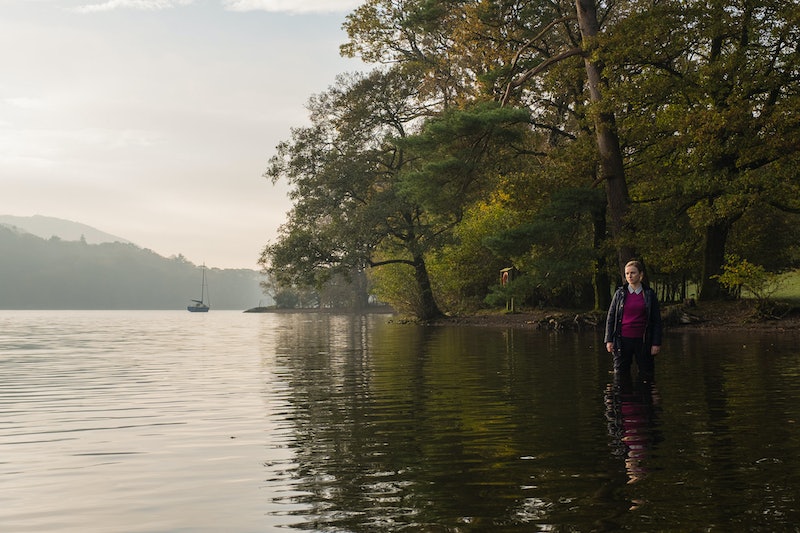 ITV drama Deep Water begins on ITV on Wednesday, which is perfect seeing as the weather has taken a turn for the total, utter rubbish. Cosy night in? Sold. The six part series has been hotly anticipated, and sounds like it's going to be the new TV obsession everybody is talking about. But what is the show about, who is in the cast, and where was Deep Water filmed? Here's everything you need to know.

What is Deep Water about?

Let's begin with the basics. Deep Water is a television adaptation of Paula Daly's set of novels, and was written by BAFTA-nominated Anna Symon, who is responsible for other TV hits including Indian Summers. As its name suggests, the series is about "three complex and vibrant women, each struggling to keep their heads above very deep water."

The three women, Lisa, Roz, and Kate, know each other through their children's school, and each are encountering their own set of challenges. "Deep Water takes a modern look at families, the pressure of juggling busy lives, and is an exploration of what it means to be a ‘perfect’ mother," explains ITV.

If you're intrigued, take a look at the show's trailer to get more of a sense of what to expect.

ITV by Head of Drama, Polly Hill, said of the show: “Anna [Symon] has cleverly woven together two of Paula’s brilliant novels, to create a wonderful modern and layered series."

"It’s funny, sexy, truthful and often outrageous, and should have the audience asking what they would do to hold their own family together," she continued.

Where was Deep Water filmed?

Deep Water is inspired by Paula Daly's books that are set around Lake Windermere in the Lake District, and the TV show has followed suit. So even if you're not tuning in for the show's drama, you're bound to be graced with the beautiful scenery of the lakes.

Speaking about the setting, writer Anna explained: “It was really important to me that we used the scenery a lot… I wanted it to feel like these women go into huge journeys, huge choices. And by putting them in that very elemental landscape, particularly as the series goes on, we see them out and about in these huge landscapes. And it kind of gives a sort of an epic quality to their stories, rather than making them feel kind of small."

Who is in the cast of Deep Water?

Also in the show are Steven Cree as Lisa's husband Joe, and Alastair Mackenzie, who plays Kate's husband Guy.

When will Deep Water be on our TV screens?

As previously mentioned, Deep Water begins 9 p.m., Wednesday, 14 August 2019, on ITV. After the first episode airs, the entire season will be available to stream on demand. Impressive.