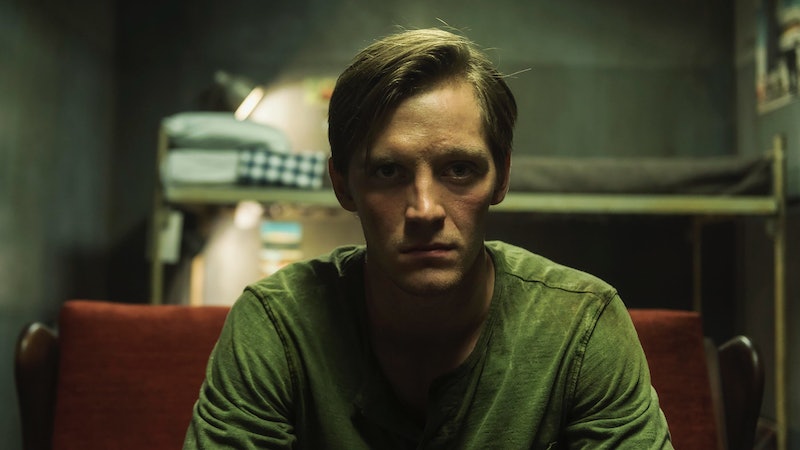 The second series of the cult spy-drama Deutschland 86 returns to UK television this week, and will continue on from the events of 2016's Deutschland 83 — which followed the story of an undercover spy in West Germany amid the threat of the Cold War. The international series will air weekly on More4. But who stars in the show, and where was Deutschland 86 filmed?

According to Wayback Machine, the second series of Deutschland was filmed in both South Africa and the German capital city, Berlin. In August 2017, the show's co-creator, Anna Winger, also confirmed on Twitter that parts of the critically-acclaimed series had been shot in Cape Town, South Africa. The first season, Deutschland 83, was a surprise hit when it debuted in the UK back in 2016.T The series followed a young agent who was sent to West Germany in 1983 as a Soviet spy. It was a hit with critics around the world, and went on to earn a cult following — many of whom have waited patiently for the second series to debut. Well, season two has finally arrived in the UK, and it sounds as if fans aren't going to be disappointed.

According to IMDb, the series stars German actor Jonas Nay, actress Maria Schrader, and Black Panther star Florence Kasumba — and is co-produced by Amazon Prime Germany and the U.S. television network, Sundance TV. Similar to the British series This Is England, the second series of Deutschland continues the stories of its main characters throughout a different time period, this time picking up in 1986, three years after East German agent Martin Rauch (Jonas Navy) was banished to Africa. Rauch is then offered a new opportunity after a new form of terrorism begins to spread, and the East German leadership — who have been abandoned by its allies — send out agents into the wider world to try and stop it.

According to the Express, an official synopsis of the series reads "1986. The GRD is broke, the perestroika is real, terrorism is spreading across Europe, AIDS is spreading to a global diseased the fight against apartheid continues. Martin Rauch (played by Jonas Nay) lives a lonely life in Angola, until his aunt Lenora (Maria Schrader) recruits him for an adventurous plan. Which brings them both back to their homeland, to East Germany."

When speaking about the new series, show creator Anna Winger explained that viewers will "see the world through East German coloured glasses” in Deutschland 86, and added:

"We see 1986 as the year that the East German government were sort of on the boat and they could see the iceberg but they couldn’t quite turn the ship around. So they go out into the world and basically try to drum up hard currency by any means necessary."

Deutschland 86 will begin on Friday March 8 at 9 p.m. on More4. And if you're looking to catch up on the first series, all episodes are currently available on the Channel 4 catch-up service, All 4.