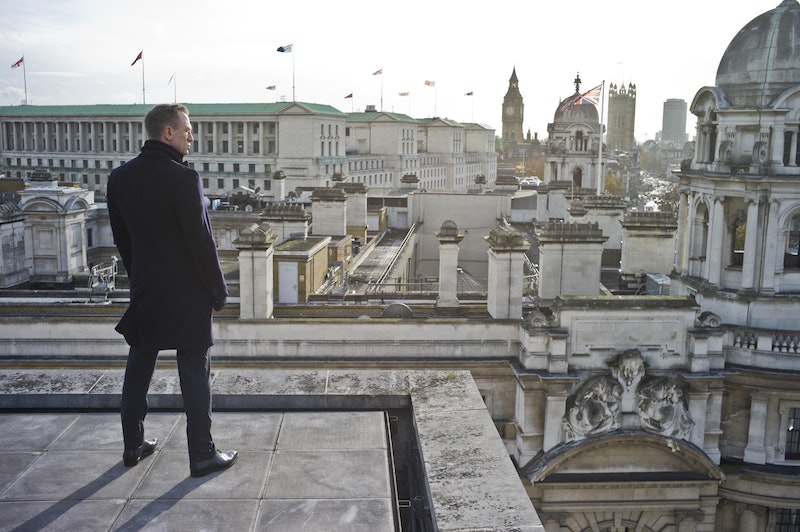 Martini, shaken not stirred. I'll have only one of those because let's be real, they get you smashed. What I can take more than one of though is James Bond. Yes, I could watch those films on flipping repeat. They are just so dang expensive. Everything, the clothes, the sets, the actors, and of course the locations — they all cost a flipping wedge. And although you probably can't afford the actors or the clothes, maybe you can afford a little trip to the locations. So where was Skyfall filmed? Natural beauty and Daniel Craig's beauty combined means this film is beaut.

OK well we all know Bond is an international man of mystery and Skyfall was absolutely not an exception to that rule. In the first part of the film, he is in Istanbul. Apart from all the chaos with him chasing assailants and kicking serious butt, the scene was like basically a tourist ad for the beautiful Turkish city. He ran through the famous Eminonu Square and then on to the very famous Grand Bazar. After hopping on a train, he ended up at the Varda Viaduct, which expert tour guide Peter Sommers points out is 20 hours from the city. Hmm. Then he is out of the city and on to the beautiful beaches of Fethiye. Wowzers that really is a serious trip. Maybe I should have a look on Ryanair?

Not quite as exciting but still very beautiful is when he gets back to London. Yes, old Blighty. He pops into MI5 HQ in Vauxhall to see his pals then he is off hobnobbing around Knightsbridge, and all around central. He has to see Q at the National Gallery — he needs his gadgets and all that.

Once he is all suited and booted he pops off to Shanghai, as one does, but in actual fact they shot the Shanghai scenes in London, editing in the Shanghainese skyline later with the use of digital effects. For example, the scene where Bond goes for a swim was actually, according to 007 Travellers, filmed at the Virgin Active Canary Riverside Club. A scene where Bond enters a Shanghai skyscraper, was apparently shot at Broadgate Tower at 201 Bishopsgate, according to a blog called James Bond Locations. A lot of scenes are of course filmed in the world famous Pinewood Studios. Where they had sets to provide locations for the deserted island of Gunkanjima where Javier Bardem's Raoul Silva appeared, among others.

The most iconic scenes though arguably are the shots of the Scottish Highlands. There is nothing quite as breathtaking as their dark and wild beauty. Not somewhere to go for the sunshine but wowee. The family estate, the old country pile, is set in Glen Coe, Scotland, with some scenes filmed both there and Glen Etive, according to Visit Scotland.

However, the actual scenes of Bond's childhood home — which was built for the task — were filmed at Hankley Common, Surrey, which is owned by the Ministry of Defence. When Bond returns to London, with that epic panoramic shot of the city (lead image), that was reportedly filmed from the rooftop of the Department of Energy and Climate Change.

So where will the next Bond film be shot? Well not a lot is known about the next James Bond but what is known, after a lot of speculation, is that Craig will be reprising the role, as the Guardian reported in May. Speaking on the Late Show With Stephen Colbert, Craig didn't say anything about the plot but he has promised not to let fans down.

The film is scheduled to be ready in 2020, so the wait continues. In the mean time, why not get your handsome secret agent fix and catch up on some of the oldies?