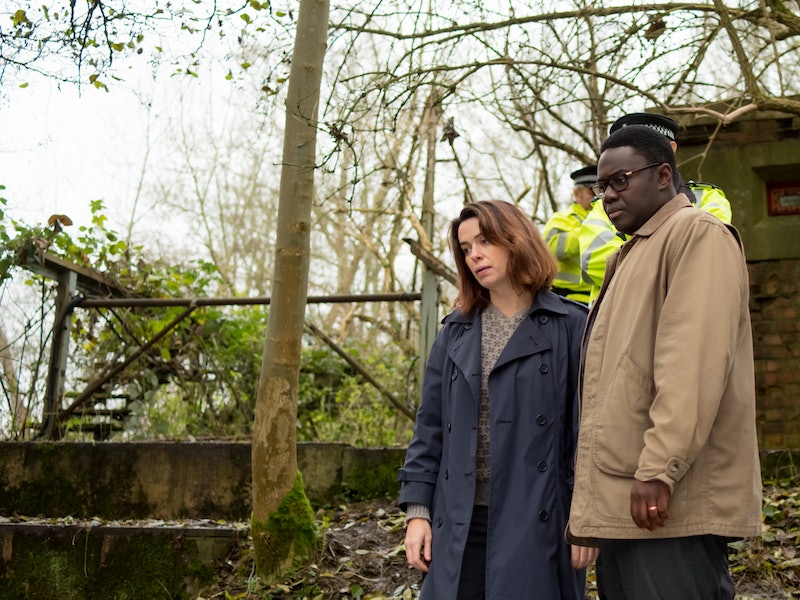 It's sometimes said that locations are a silent but vitally important extra character in a TV show and for that precise reason, great care is taken in deciding where a programme is shot. Alibi's new show is no exception to this rule so where is We Hunt Together filmed?

The brand spanking new crime drama is set in London, the home of many a gripping drama. The only issue with shooting in a metropolis like London is how inordinately expensive it can be, so many shows including the likes of recent hit Belgravia, are shot in different cities which have similar appearances. For We Hunt Together however, the scenes were shot in the real deal.

I reached out to a representative for UKTV who told me that as the show is largely set in the East End, scenes were shot in Bethnal Green, Mile End, Dalston, and further afield in Epping Forest.

London-based fans of a good events venue are probably fairly familiar with Alexandra Palace. It features in the first episode of the show, in scenes set in a nightclub toilet. Later in the series the world famous Rivoli Ballroom also features. The Rivoli is renowned as one of London's last remaining fully intact ballrooms in the '50s style. According to their website, it's been used in films such as The Avengers and Legend.

On the surface, the show might seem like your average serial killer crime drama, however a lot more lies beneath the surface. Babou Ceesay who plays DI Jackson Mendy spoke to UKTV about the central theme. He explained it's all about: "what creates a killer, so looking at things like the type of childhood you had or what sort of life you have at a certain point. Essentially, it's about the damaged that do damage."

We Hunt Together promises to stoke many fires from the get go. The complexity of the characters, their origin stories, and the complexities of blame are sure to be a source of discussion for fans, according to Hermione Corfied who plays Freddy. "We Hunt Together will definitely encourage debate amongst viewers," she says. Adding, "nature or nurture will be a subject that people will hopefully talk about."

Watch We Hunt Together at 10 p.m. Wednesday, May 27 on Alibi