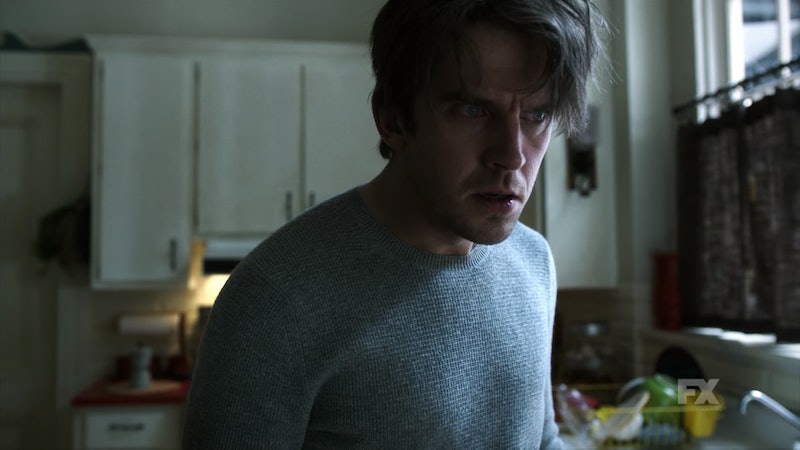 The new FX series Legion is technically adapted from the Marvel Comics arc of the same name, but, already, it seems totally different from the other Marvel series out right now. The show is incredibly original, making it hard to even tell which of the characters on Legion are from the comics. Right now, the only real similarity between the comics and the new series is David Haller, the protagonist whose psychic, telekinetic powers are responsible for the show's reality-bending visual style. "Legion" is actually David's mutant identity, so named because he gets his powers in the comics by absorbing other mutants into his psyche, which manifest themselves as multiple personalities.

So, with that said, there's basically no other characters besides David that are directly adapted from the comic books. However, there could be one weird way that some of these characters fold into the comics continuity. David is a little different in this version than in the comics, since, in the show, he's diagnosed as a schizophrenic, but doesn't seem to have any alternate identities. But, towards the end of the pilot, he sees a hallucination of his friend, Lenny, who may be the very first member of the "Legion." So, even though she's never been in the comics before and is a completely original character, she might technically be the first hint to the character's true powers.

Another major feature of the comics is that David is the son of Professor X — so far, the show is making it seem like David is just a normal kid from the suburbs. So, while again, his sister isn't based on anyone from the comics, she might turn out to hold some important knowledge about their family history and potentially reveal how or why David is so powerful. And the other people in the series who know about mutants just took David in under their wing, led by Melanie Bird. Melanie, as the leader, seems like a real Professor X type, but she's an original character, and the rest of the team is as well.

But, each member of this team also has some allusions to original X-Men. For example, Syd Barrett's skin-touching predicament echoes Rogue's superpowers, who can't touch people or risks absorbing their memories — or for mutants, their powers — and sends them into a coma.

And as creator Noah Hawley toldVariety, this is all intentional — he wants to evoke the X-Men without basing Legion on their most famous characters. "Obviously it’s a sort of origin story for David, but none of the other characters that I’ve surrounded him with are from the comics. It’s sort of an invented world," he explained.

With a narrative that is so far pretty unconventional, at the end of Legion Season 1, it could turn out that David is still trapped in his mind, and Syd, Melanie, Lenny, and literally all of the characters could turn out to be just figments of his imagination. Or, David could put on a suit and save the world with some coaching from Ms. Bird, the Loudermilks, Syd, and the rest of the team. By creating its own, mostly original cast of characters, Legion is kind of free to do whatever it wants with its continuity and become surprisingly unpredictable for a series based on a comic book.