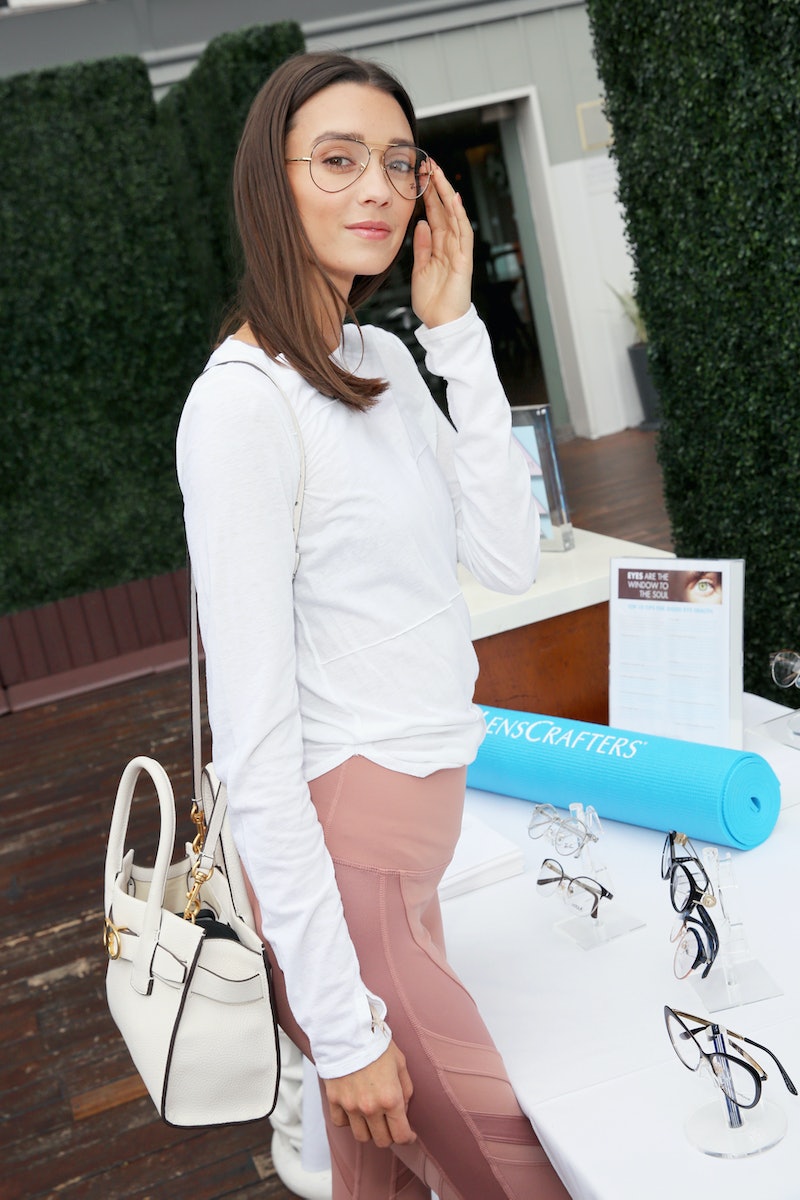 It seems ridiculous at this point for another contestant to join Bachelor in Paradise. We're at the point in the season where people have already started to leave on their own after realizing they won't be finding love on the beach, but yet, one more single is showing up. Whitney Fransway is joining Bachelor in Paradise on Tuesday night. And if you don't know her, Whitney's Instagram account is one way to find out more about the final addition to Season 6.

First, if you don't remember who Whitney even is, she was on Nick Viall's Bachelor season and actually made it pretty far. Whitney got eliminated during a two-on-one date during week six of the show, because Nick just wasn't that into her. (He also wasn't that into the other person on the two-on-one, Danielle Lombard, because she got the boot on the date, too.)

Aside from not having much of a connection with Nick, Whitney was pretty chill and drama-free, so she didn't make much of a name for herself on the show, even though she was there quite a while. That said, she did make a lot of friends on the show, which is something her Instagram makes very clear. Here's what the social media platform tells us about Whitney.

She Has A Few Bachelor BFFs

Whitney is close friends with Rachel Lindsay and Kristina Schulman. She took part in all of Rachel's recent wedding festivities and posted a sweet message about the actual wedding day. She also has a bunch of pics with her buddy Kristina, and they almost got to hang out in Paradise together. Unfortunately, Kristina removed herself from the show right before Whitney arrived.

Like a lot of reality stars, Whitney is an influencer. And she's not just posting about "detox tea" and "hair supplements" like a lot of them do. Whitney has worked with Victoria's Secret, SiriusXM, Revolve, and Elf Cosmetics, along with wine brands, haircare brands and more. She has actual representation, too.

She Has A Dog

Whitney has a fluffy little maltipoo named Brewer. And, of course, he has his own Instagram account @brewer_the_maltipoo, though it hasn't been updated for a while.

She Loves To Workout

Whitney was a Pilates instructor when she joined The Bachelor, and while it's hard to tell if that's still the case, she's definitely still into fitness. She posts about her workouts and also has worked or attended events with different workout apparel brands.

She Went To Stagecoach

Like many of the BiP cast members on Season 6, Whitney attended Stagecoach Festival earlier this year. Sadly, like Kristina, Blake Horstmann removed himself from the show prior to Whitney's arrival, so we won't get to hear if they met there. They probably did, though, since Whitney hung out with known Blake hookups Kristina and Caelynn Miller-Keyes.

Will Whitney find love on the beach? I guess it's possible, but she'll certainly get some more followers on Instagram, and will, hopefully, give us viewers one last mention of Stagecoach.