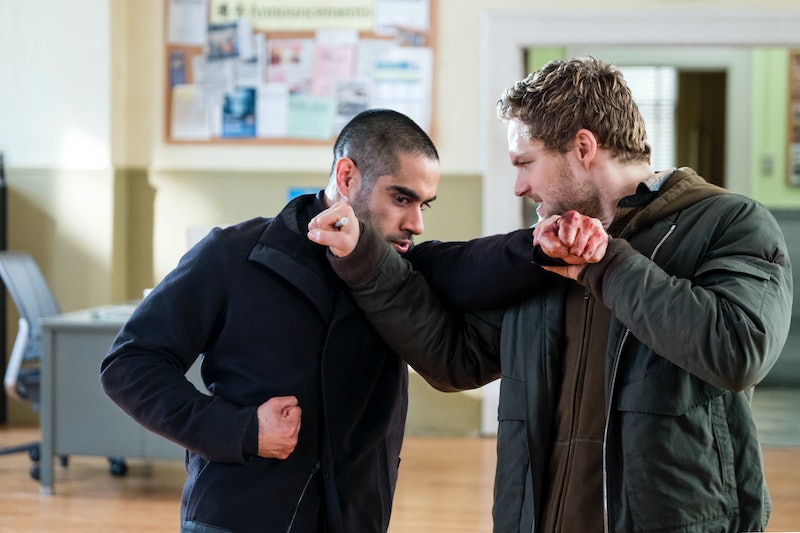 Spoilers for Iron Fist Season 2 through Episode 6 ahead. Iron Fist appears, at first glance, to be a fairy normal show about good guys fighting bad guys. However, its weird streak announces itself early on in Iron Fist Season 2 when Davos starts making plans to involve a group called the Crane Sisters in a plot to get revenge on Danny Rand. Fans hoping to look to the comics to learn who The Crane Sisters are won't find an exact match, but it's safe to presume that if they are working with Davos, then they're not at all happy with how Danny has been using his powers as the Iron Fist.

The origin and the purpose of the Crane Sisters aren't clear in the Iron Fist show, other than that they are firmly on Team Davos in the years-long feud between Davos and Danny Rand. However, the name implies that the Crane Sisters are related to the Order of the Crane Mother, the elder committee of the mystical city of K'un-Lun. The Order of the Crane Mother is also responsible for facilitating the assignment of the Iron Fist, however some former members of the Order fractured from their initial group and became the Hand, the evil organization that the Iron Fist is supposed to protect K'un-Lun from.

So where do the Crane Sisters fall when it comes to their allegiance to the Order of the Crane Mother? If they're anything like Davos, they are deeply devoted to K'un-Lun and see Danny Rand's existence as a threat to the long-standing city.

The mysterious ritual that Davos is putting together in Iron Fist, which includes an anonymous corpse in a coffin and a special bowl in addition to the Crane Sisters, appears to be part of a plan of Davos to either remove the power of the Iron Fist from Danny Rand, or to give Davos a level of power that puts him on the same level. Davos sees Danny as a betrayer of K'un-Lun, as he elected to leave the mystical city that bestowed great power onto him so that he could reconnect with his former life — and Davos kind of has a point. The end of Season 1 proved that Rand leaving K'un-Lun had dire consequences, as the city had vanished from its place on Earth following an attack by The Hand on K'un-Lun.

It has yet to be seen if the Crane Sisters will have a deeper role in Iron Fist beyond helping Davos gain his own superpower, but they serve as evidence that Danny Rand's decision to abandon K'un-Lun has made him an enemy in the eyes of those dedicated to the mystical city.