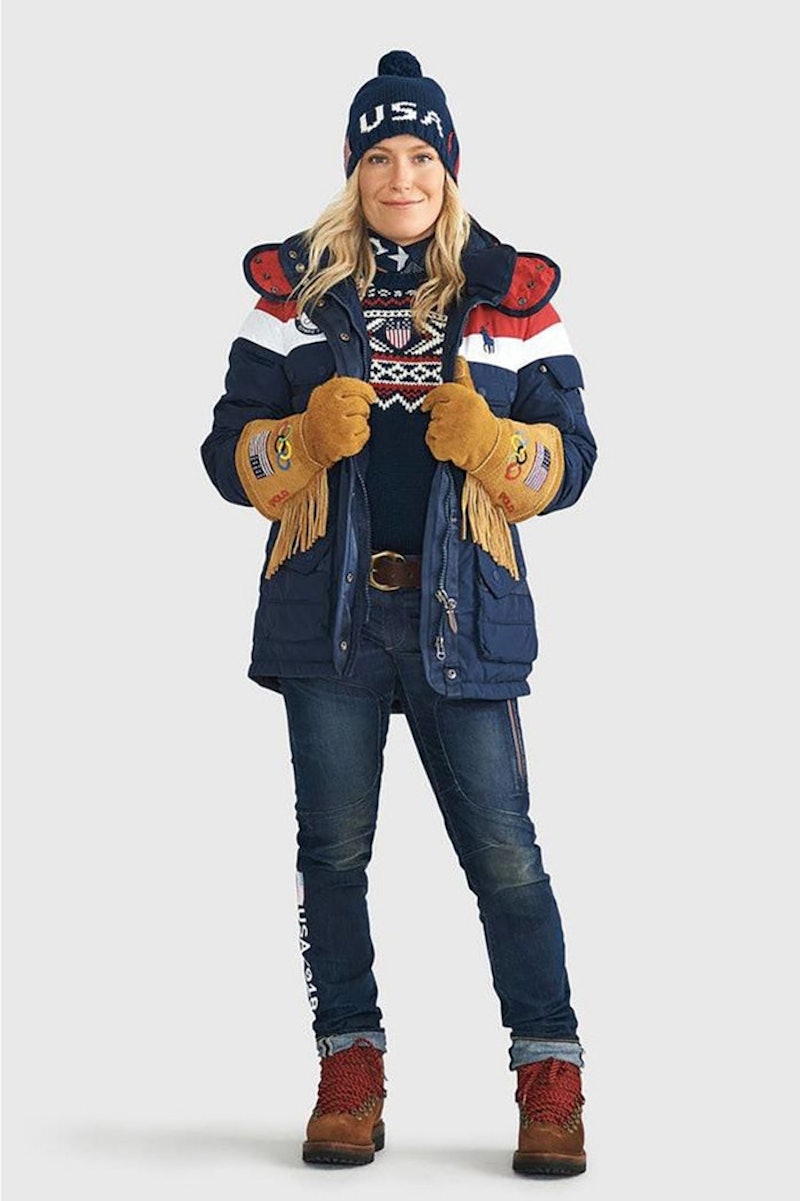 There's so much to look forward to when it comes to the Winter Olympics — the suspense-filled figure skating, the gravity defying ski jumping, the exciting bobsledding. It's going to be full of drama and anticipation, but while the athleticism is the main draw, there's another factor pulling people to watch the competitions, and that's the fashion. The Opening Ceremony is airing Feb. 9, and the world will come together in PyeongChang, South Korea to compete against each other for the gold —and what each team wears for the Ceremony is important. Which is why it's so interesting to see who designed the 2018 Olympic Opening Ceremony outfits, because each designer is tasked with figuring out how best to represent the country through its team's clothes.

It's not an easy feat capturing the essence of a nation, especially when your main outlet is winter sports wear. Some countries embraced the bulky parkas and clunky winter boots, incorporating their flag colors or nation's symbols into the looks. Others decided to skip the activewear and instead wear suits, capturing their dignified natures. To give you an idea what to expect, ahead are nine countries' opening ceremony outfits and who designed them. It will be amazing to see all of them together.