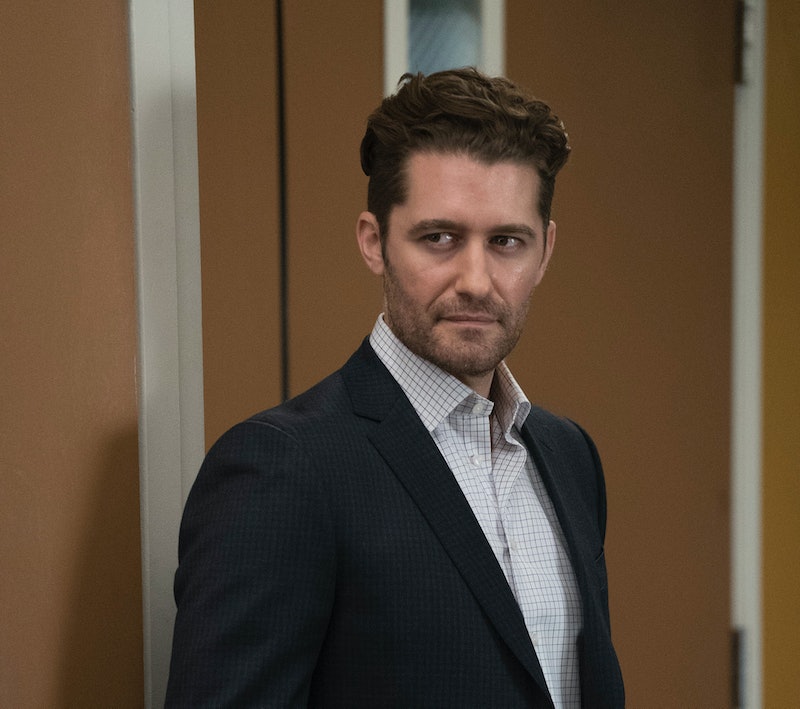 Saying that the Grey's Anatomy episode featuring Jo's abusive husband was hard to watch is a massive understatement. The whole time the viewer is uneasy and anxious about Paul being in the hospital and so close to Jo. Especially since Paul is clearly not going to be apprehended or punished for what he did to her. He seemingly just walks out of the hospital scot-free, off to cause damage in other ways. But, by the end of the episode, Paul is involved in a hit-and-run and it's not clear what (or who) the cause of the accident is. Viewers may be lead to believe Jo or Alex hit Paul on Grey's Anatomy, but theories exist that suggest Paul's new fiancée Jenny may have hit him instead. And, then there's just a super out-there theory that Paul got himself hit on purpose. (It's actually a kind of convincing argument.)

In any case, there's certainly no denying that Paul has a long list of enemies. Any number of people have a motive to want him hurt. Alex, Jo, Jenny, Meredith, Arizona, Miranda Bailey, Webber, etc. Point is, a lot of people have Jo's back (and probably Jenny's) and they would maybe, possibly go the extra mile to get rid of Paul since he's a major source of trauma for Jo and probably also Jenny. Is that legal or ethical? No. But, people are people and we've seen these characters act out to protect those they love time and time again. (Cutting the LVAD wire, anyone?)

Of course, off the bat it seems that the writers of Grey's Anatomy want viewers to think it was Alex. After all, he has a history of violence. He's come to Jo's aid in an aggressive way before, when he thought DeLuca was hurting her. And, who didn't see the look Alex gave Jo when she said she wished Paul was dead?

Some Fans Think All Of This Points To Alex

It's consistent with his character, but also he's grown, OK? When he initially tracked Paul down, he could have hurt him, but he didn't. He knows what doing something like that would mean, and he knows that Jo wouldn't want to lose Alex to prison for a second time. Plus, it's just way too obvious and easy a solution. (Unless that's what the writers want us to think, so we don't think it's Alex, but it really is???)

Some Think It Was An Alex & Jo Double Effort

Or even just Jo herself taking things into her own hands.

A Lot Of Fans Think It Was Jenny

Perhaps knowing she wouldn't be considered the main target, Jenny thought it was the best way to get rid of the threat in her life.

There's A Wild Theory That Paul Caused His Own Accident

Maybe he wanted Jo and/or Alex get in trouble, so he intentionally caused his hit and run to pin the blame on them. He is a pretty twisted man.

Of course, there's always the possibility that Paul was hit by a random stranger that has nothing to do with this larger storyline. Maybe it doesn't matter who exactly hit Paul, it just matters that he was hit and that blame will be spread. As for what will happen to Paul and whether he'll survive this crash, that remains to be seen. But, I think that outcome, more than who did it, is what fans will be tuning in to see next week.