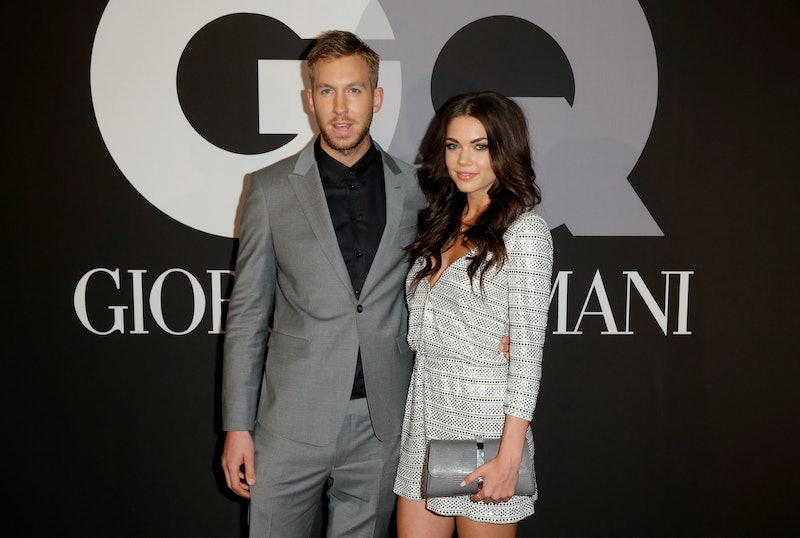 He has had a pretty mental music career thus far, featuring all kinds of artists. That's right, Calvin Harris has been around for a while and, judging by the year he has had, the best is probably yet to come. But you know what else he's been really good at? Dating. The romantic Scot has been linked to many well-known recording artists and celebs over the years, finding time between huge international gigs and recording stellar albums for Cupid to draw back his bow. And it looks like Harris has found love again, but who is Aarika Wolf?

The raven-haired model was born and raised in North Dakota, according to an interview she did with C-Heads Magazine. She is now LA based, and rumoured to be living with Harris in his LA mansion. The pair have been linked since 2014, when she starred in his music video for Blame. They parted ways for a brief period, during which time Harris embarked on a relationship with Taylor Swift, which, as we know, didn't work out.

So, Harris and Wolf reunited at some point since they both became single, and it appears to have been plain sailing ever since. It became apparent that the pair were back together when they were involved in a car crash. Wolf was driving at the time, with Harris in the passenger seat and luckily neither they nor the other driver were injured.

Wolf accompanied Harris to this year's BRIT awards, where he won big. The Scottish DJ finally won his first ever BRIT Award for Producer of the Year, and he also bagged the British Single of the Year for his song with Dua Lipa, which has seemed to be in the charts for an eternity: One Kiss.

Not only did Harris do well in terms of his awards, though. Y'all, what everyone is talking about after last night's show is Harris' performance. The hitmaker has become well known for collaborating with some of the world's best artists like Rihanna and Kelis, but last night it was all about the UK.

Harris took to the stage with his fellow award winner Dua Lipa, with Promises crooner Sam Smith (accompanied by a very gorgeous and very excellent dancer, Winnie Harlow), and with the soulful singer Rag'n'Bone Man. Oh, who doesn't love a mega mix?

Harris and Wolf looked dapper AF at the BRITs award ceremony last night, but, according to Wolf's Instagram account, what she was really excited about was to visit the British countryside. Hmm, I guess it's appealing when all that gorgeous weather and glamour of LA gets tedious. House swap babe? I'm down if you're down.

Harris has proven from the very beginning of his career to be an absolute hit factory, and if his performance at the BRITs is anything to go by, it looks like it is going to be another great year for the star. I'm sure considering how much his girlfriend seems to love the UK and its lush countryside, we will probably see them both over this end of the pond in no time.