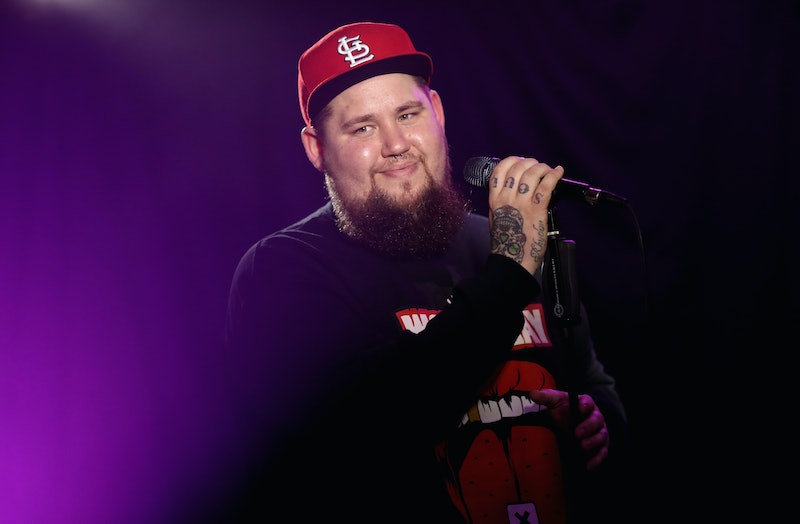 The UK has always been the home of some pretty excellent music. The birth place of The Beatles, Bowie, Queen, and countless others — there must be something a little rhythmic in the water. And, y'all, in the past few years in particular, it feels like the music industry in old blighty is absolutely booming. Stars like Ed Sheeran, Dua Lipa, and Little Mix have gone on to achieve absolutely stratospheric levels of success, and newer artists like Rag'n'Bone Man are quickly rising up the ranks too. But will Rag'n'Bone Man tour the UK in 2019?

Well, Rag'n'Bone Man is getting increasingly famous by the minute, so y'all might want to get in there while you can. While he hasn't got any big UK tours planned as of yet, the artist will be headlining at Standon Calling, a festival based in Hertfordshire on the weekend of July 25-28, 2019. He will be performing alongside the likes of Wolf Alice, Echo & The Bunnymen, among many other great acts. Making this particular festival is well worth a look for music fans seeking entertainment at a more manageable size.

Would you consider yourself a Rag'n'Bone Man fan? I am willing to bet you have been singing his songs even if you haven't realised it. Take, for example, his huge international hit "Human," which killed it in the charts, and more recently he featured on Calvin Harris track "Giant." This incredible collaboration showcased of Rag'n'Bone Man's giant voice in a big way, and was a giant career move for the baritone singer.

Rag'n'Bone Man (real name Rory Graham) was born in Uckfield, East Sussex, and later moved to Brighton, NME reports. From a young age, he dreamt of being a jungle DJ or MC, finding joy and natural talent in creating beats. However, it was when he began to sing over tracks, instead of MC-ing, that he noticed crowds truly going really wild. Speaking to NME, he explained the noted difference in how the audience reacted:

"At the start it would kind of been more about freestyling, but then I started to sing over the beats. And then came a realisation that maybe I was alright at rapping, and people seemed to enjoy it, but when I sung it was a real difference. Just the reaction of people, I was like, I think I should do that, cause it feels better."

And I for one and overjoyed that pursued the singing. When this guy gets going, it is like the most beautiful, deep, heartfelt soul you could possibly imagine. Not too shabby for a boy from Uckfield, hey? And Rag'n'Bone Man has been recognised for his hard work and talent. He has won multiple awards, including a BRIT for Best Single at last year's ceremony.

The soulful singer is set to perform at this year's BRIT awards alongside Calvin Harris, Dua Lipa, and Sam Smith in what one can only assume will be some sort of amazing mega mix situation. OMG, who doesn't love a mega mix am I right?

More like this
Beyoncé Might Be Plotting Secret Intimate Gigs In The UK
By El Hunt
Madonna’s Reason For Directing Her Own Biopic Is So Madonna
By Maxine Harrison
60 Empowering 'Renaissance' Lyrics That Make Perfect Instagram Captions
By Catharina Cheung
The Controversy Around Beyoncé's “ENERGY”, Explained
By Frances Stewart
Get The Very Best Of Bustle/UK