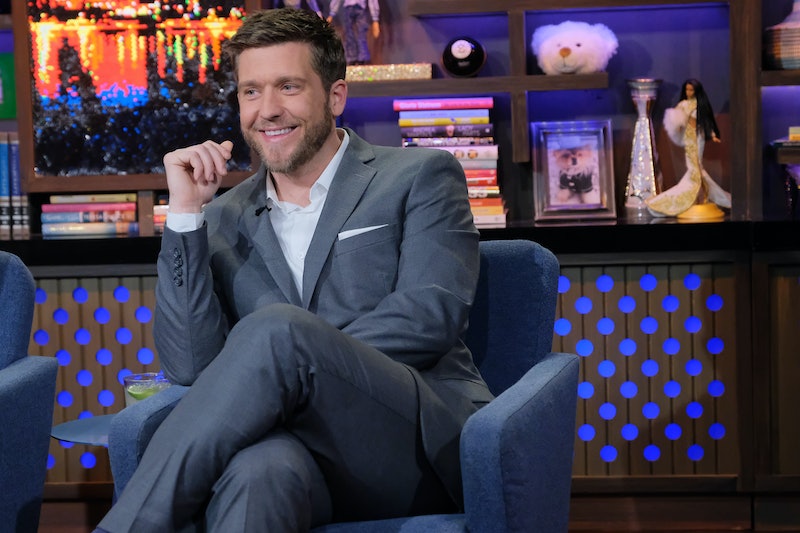 Below Deck Sailing Yacht is here for a whole new season of high seas entertainment and romance, and Chef Adam Glick is back to help stir the pot (sometimes literally). Judging by his Instagram, it's unlikely that Adam Glick is dating anyone at the moment, which is unsurprising considering the messy love triangle he endured on Below Deck Mediterranean. While Glick told People TV that his true love this season is cooking, the whole crew is stuck together for weeks regardless, which is bound to lead to eventual drama.

The last time fans saw Glick, he was vying with crewmate Wes Walton for Malia White's attentions. It was only revealed late in the season that Glick and White were already secretly dating before they boarded the ship, making White's relationship with Walton an even deeper betrayal than everyone first thought.

"We didn't know that they knew each other. We literally just thought this love triangle had formed just from the boat," crewmate Max Hagley told Bustle about Glick's romantic fiasco. "He was really, really frustrated and angry about this whole situation. We kind of thought, 'Well, why doesn't he just crack on with another girl or forget about it?' I would probably be the same as he [was]. I would've been fuming."

"He was absolutely screwed over, really," Hagley said.

Glick ended up taking a major break after Below Deck Mediterranean Season 3, unplugging from all the drama and basically living off the grid with just his van and his dog Tex.

"Between my time off from Below Deck Med and Below Deck Sailing Yacht, I've been able to travel all over the United States," Glick told The Daily Dish. "So coming back this year, I feel refreshed, I feel like my food's on point, and I feel like I'm ready to go. It's gonna be a great season. I drove across the country five times. I've just been cooking outdoors over a campfire, really kind of dialing in what makes me happy as a chef."

Glick spent the last year just focusing on himself, the outdoors, and his craft, so it's unlikely that a relationship featured anywhere in that time period. That's not to say Glick will remain totally romance or hook-up free on Below Deck Sailing Yacht, though. When People TV asked if any of the crew got together this season, Glick vaguely said that there's "definitely some hook-ups" — though it's not clear by his wording if Glick is talking about himself or someone else on board.

"I heard rumors of this, yeah," Chief Stewardess Jenna MacGillivray said in response to Glick's statement, hinting that any possible hook-up that Glick had didn't involve her, at least. (This seems notable, as the premiere episode shows MacGillivray openly flirting with Glick, which is bound to lead to drama and/or heartbreak down the road.)

Glick may be flying solo right now, but at the very least Sailing Yacht allows him to pursue his culinary passions, as well as get back in touch with his peers after a year on the road, even if all his interactions just end up being platonic.

"At some point, you need to go socialize a little bit more, maybe challenge yourself a little bit more," Adam explained to The Daily Dish. "So yeah, of course, when [Captain Glenn Shephard] called up and said, 'Hey, let's go sailing in Greece,' I said, 'F*ck yeah, let's do it.'"