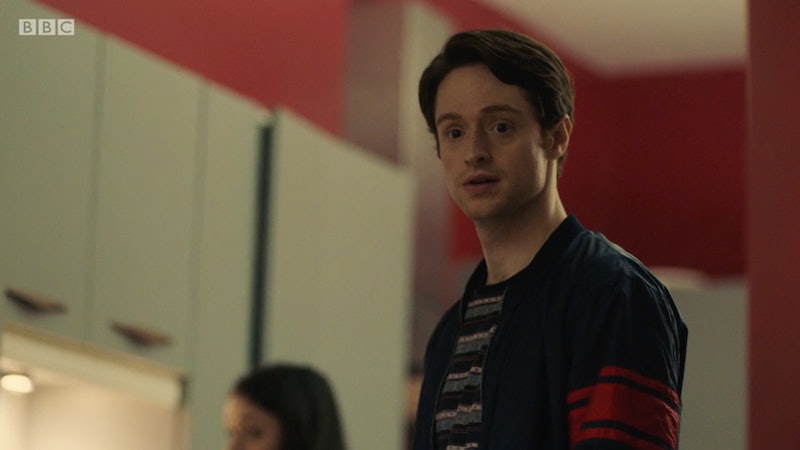 BBC's new drama The Victim already has the nation gripped. Harrowing AF is probably a fair description, as it involves some very serious topics. Serious topics that deserve a stellar cast, and, guys — they have not let us down on that front. John Hannah, Kelly Macdonald, and John Scougall are the leads in this hardcore drama. Alongside these legends are some perhaps lesser-known faces, but there is one actor in particular that may be more familiar than you think. So who is Andrew Rothney, the actor playing Danny Callaghan in The Victim?

Rothney is an actor of stage and screen hailing from bonnie Scotland. Fans of top quality Scottish drama with a tinge of "OMG there are a lot of sex scenes in this" probably recognise him best as Neil Macdonald in Outlander.

Not into shows with an awful lot of sauciness in? Alright prude, you might struggle then, because our boy Rothney also starred in Mary Queen Of Scots as King James I alongside Saoirse Ronan. A film that had one of the most talked-about sex scenes of 2018 because, shock horror — it involved a woman receiving oral sex.

One example of Rothney's work that might be easier to watch with mum and dad is Shetland, a delightfully eery mystery drama set on its eponymous Scottish isles.

The actor studied at the prestigious Royal Conservatoire of Scotland. Before hitting the big time, the young actor had a series of odd jobs, including working on the check out at Tesco, as he revealed in an interview with Edinburgh Evening News. So, next time you are at the check out, take an extra second to look at the person serving you. They might be the next big thing.

Rothney is currently starring in BBC's The Victim, a story about a murder, told from multiple angles. Fifteen years after the brutal killing of a young boy, the accused's new identity is revealed online. The victim's mother is suspected of the leak and of sending people after the alleged murderer. The man in question claims innocence and faces the fight of his life to prove it. The unique Scottish legal system is given pride of place in this production, and we are left with so many questions. Did he kill the boy? Did the boy's mum turn into a cold blooded would-be criminal? And, most importantly, who is the real victim in this case?

The writer and creator of the drama, Rob Williams, spoke to the BBC about what makes this drama so compelling:

"The best drama often comes out of the most difficult dilemmas, and as the characters formed and began to speak it became clear to me that this story threw up many questions without easy solutions, questions that were and are uncomfortable to me - not least as a parent myself."

Catch up on The Victim on BBC iplayer, and watch the final two instalments of the four-part show on Wednesday April 10 and Thursday April 11 on BBC One at 9 p.m.