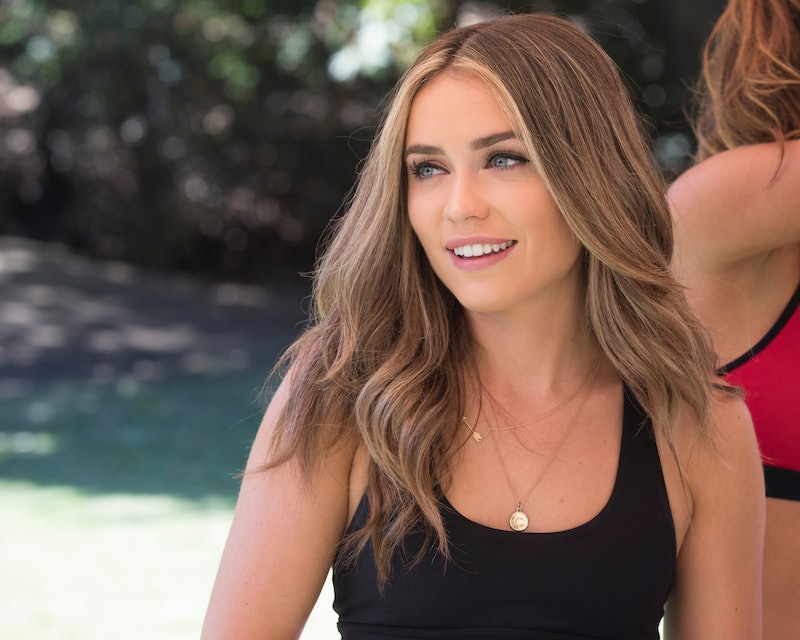 There are approximately one trillion contestants entering The Bachelor's famed mansion each season looking for love, and it can be a little overwhelming to try and familiarize yourself with all of them. But never fear! Thanks to some handy cast biographies provided by ABC, paired with a healthy dose of good old-fashioned social media sleuthing, there's plenty to learn about Colton Underwood's bachelorettes before the madness even begins. Take the show's resident realtor, for example — exactly who is Caitlin from The Bachelor?

According to info given by the network, Caitlin is 25-year-old pro at selling homes up in Toronto, Canada. A look at her Instagram feed divulges a few more details; she works on the PSR Brokerage & Starke Realty team. Caitlin is all over Starke Realty's website; she looks like she might be one of the main brains behind the operation, or is at least one of its biggest public faces.

Her biography on that company's site reveals that she has a B.A. in psychology from the University of Western Ontario, where she graduated in 2017. Since moving to Toronto, she's apparently rolled full steam ahead into pursuing her realty career. Who doesn't love a career-driven contestant?

But she still carves out time for other hobbies, too. According to her same company bio, Caitlin is very into horseback-riding, and pretty skilled at it — she represented Quebec in the Adult 18-25 division at the Royal Winter Fair National Competition. Colton himself has recently been photographed with some horses of the miniature variety... coincidence? Probably! But who knows?

Per ABC, when Caitlin isn't selling off Toronto's hottest properties, she also takes pleasure in "photography, painting, and singing in the shower." The fun facts she offered were that her favorite dessert is cheesecake, that she considers herself a "city person," and that if she could travel anywhere in America, she'd "ride horses through the Colorado mountains."

That's about all we officially can know about Caitlin for now, but what she shares on social media offers a few more clues about her personality. She doesn't appear to have a Twitter account, and who knows how long her Instagram will actually remain in play during the season. Photos like the one above prove that she's a dog lover, which is almost definitely going to be a bonding point with the famously pup-obsessed Colton. Caitlin is a traveler, with photos tagged in locations like Greece, New York and Los Angeles.

Hopefully, she's down for some serious commitment if she and Colton hit it off. This is Colton's third stint on a Bachelor franchise program, with his first appearance as a front-runner on Becca Kufrin's season of The Bachelorette and his next dramatic turn on Bachelor In Paradise, where he struggled with his relationship with Tia Booth. Now, he says, he's sorted things out, and is ready to make some big steps. "I'm all in. I want to find a wife, I want to find somebody who I'm going to spend the rest of my life with," Colton told Entertainment Tonight. "I want to find somebody who is going to be a mother to my children."

Will that be Caitlin? Only time will tell if she'll be the last woman standing when the season ends.