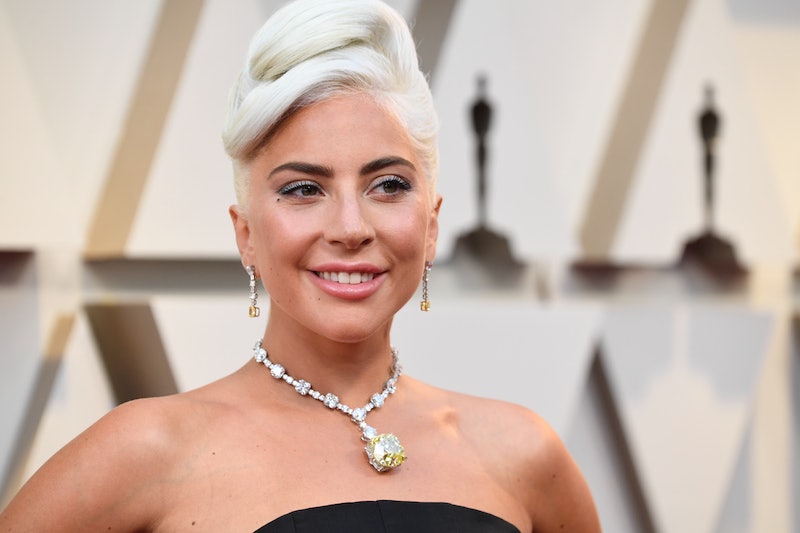 Sound the alarm, because it looks like Lady Gaga has a new man in her life. Oh, yes, the musician and actor may found herself another relationship. According to photos obtained by People, the Oscar winner was recently spotted kissing a man named Dan Horton. So, just who is Dan Horton? Not only have the two known each other for awhile, but they both have musical backgrounds.

As reported by People on July 30, Gaga and Horton were seen grabbing brunch at Granville restaurant in Studio City, California on July 28. The two also reportedly ordered drinks from Lemonade that same day. If you take a look at the photos, it certainly seems like the A Star Is Born actor and Horton are very into one another. Restaurant guests in attendance at the same time as Gaga and Horton said the rumored couple definitely looked way more than friends. A diner also told People, "She seemed confident and in a good place."

A different insider said about Gaga and Horton, "They were kissing as they spoke really close up." The source added, "Ironically, she had a table in the front near the sidewalk, so she was clearly okay with being seen. She seemed very happy when interacting with the guy she was with."

As reported by Us Weekly, Horton owns the Audio Engineering Consulting Group and started working with Gaga in November 2018 prior to her Enigma residency in Las Vegas. Based on Horton's Instagram bio and his LinkedIn profile, he's worked with other well-known artists as well, including Camila Cabello, Ariana Grande, Bruno Mars, Justin Timberlake, and Jay-Z. Horton's LinkedIn states that he attended San Francisco State University for Business and considers Nashville, Tennessee his home base, even though he travels a lot between Los Angeles and Las Vegas.

According to Us, Horton has posted several "work-related" Instagrams of the "Shallow" singer on his private page. As you can see below, Jerry Harvey Audio, which specializes in in-ear monitors for singers, reposted one of Horton's photos from March showcasing Gaga's band's audio equipment.

Prior to Gaga, E! News reported that Horton married Autumn Guzzardi in 2013, but they split some time in May 2018. It's not entirely clear when or why Horton and the theater star went their separate ways. In February, Gaga's split from fiancé Christian Carino first made headlines. People confirmed the breakup with Gaga's rep and reported at the time that drama didn't play a part in their split. A source also stated, "It just didn’t work out. Relationships sometimes end. There’s no long dramatic story." (Bustle previously reached out to Gaga's rep for comment about her breakup with Carino, but did not receive an immediate response.)

In early June Gaga first addressed her split from Carino during a Las Vegas residency show. As E! News reported, before singing "Someone to Watch Over Me" by Ella Fitzgerald, Gaga said to the audience, "Last time I sang this song, I had a ring on my finger, so it'll be different this time."

Neither Gaga nor Horton have commented on the dating reports. Whether they're in a serious relationship, casually seeing one another, or just having fun, here's hoping Gaga is happy and living her best life.