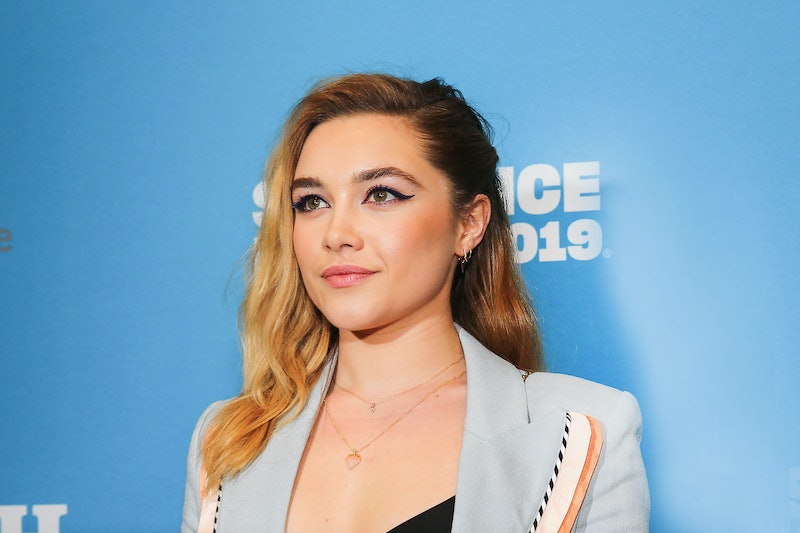 If you haven't heard of Florence Pugh yet, that’s definitely about to change. Pugh has been receiving acclaim for her role in the most talked about movie of the summer: the cult horror flick Midsommar. In the film, she plays a college student who goes on a trip to Sweden with her boyfriend to save their struggling relationship. It doesn't end well for their relationship — or for any of the characters for that matter. But even though her love life isn't going so well on the big screen, it's totally different in real life. So, who is Florence Pugh dating? She’s rumored to be in a relationship with an Emmy-nominated actor.

Even though it hasn't been officially confirmed by either party, Pugh and former Scrubs actor Zach Braff are believed to be an item. In April, they were photographed walking around New York City holding hands, embracing, and smiling. They were only spotted together once, but that didn't stop fans from fueling rumors of a relationship.

Fans reacted on Twitter, mostly sad that the British actor appeared to now be taken. "Florence Pugh is dating Zach Braff... a sad day for lesbians everywhere," one Twitter user wrote. Another fan later joked, "Zach Braff held hands with Florence Pugh that one time and now I hate him." Someone else said, "i think about the fact that florence pugh is dating zach braff like, once a day, minimum."

The two actors might've met earlier this year on the set of Braff’s short film, In The Time It Takes to Get There, where Pugh plays the main role. The film was the result of an Adobe Creative Cloud campaign, where the brand held a competition for young creators. Applicants had to create a movie poster for a film that didn't exist, the winning poster being the inspiration for a short film written and directed by Braff.

The film shows the life of Lucy, an influencer living in the 19th century. It also stars Alicia Silverstone and Andy King, aka the man who went viral from Netflix's Fyre Festival documentary earlier this year.

While promoting the film's release, Braff shared his admiration of the actor through his Instagram. He posted not one, but three pictures of Pugh to his page from the set of the film. Two were stills, shot by the film's award-winning Italian-American cinematographer Mauro Fiore. The third photo was a picture from behind the scenes, showing Pugh looking in the mirror while being fitted in her corset and dress to match the era.

Neither of the actors have given any other clues about their relationship since — on social media or otherwise. Braff has been busy filming his upcoming Western film with Robert de Niro and Morgan Freeman, according to Deadline. He recently posted a picture of him in Santa Fe, which is where the movie is being filmed. Pugh has spent this month promoting Midsommar, even posting pictures from behind the scenes of the film frequently on her Instagram. She's also currently in production of her newest film Black Widow, the anticipated standalone film of the Marvel character.

Their fans may never get a confirmation of their relationship any time soon, but the pictures might just speak for themselves.