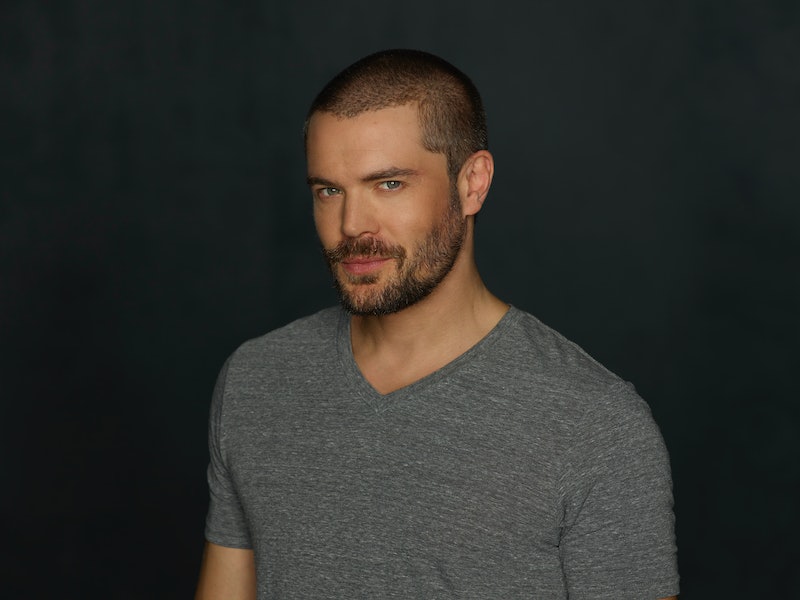 Everyone is suspicious of Wes 2.0 (also known as Gabriel Maddox) on How To Get Away With Murder. Not only is the new member of Annalise's clinic mysterious, the investigation surrounding him involves a mysterious new alliance. Who is Frank working for on HTGAWM? He's not the only "one" concerned with Gabriel.

Last week, Frank arranged for Gabriel to move into Rebecca's old apartment. It's not as haunted as Wes' old apartment, where Asher is now crashing, but not by much. Getting Gabriel there was a simple task, really. Frank couldn't clone Gabriel's flip phone, but all he had to do was identify and sleep with Gabriel's roommate, pay her off to kick him out, and then use their basketball connections to tell Gabriel about the empty apartment across the hall from Asher. Simple, right?

Now that Gabriel is moved in, where Frank already had cameras set up, he can keep eyes on him. At the end of the episode, Frank placed a call to "The One" and told that anonymous person that he finally had a way into the kid's head. Frank is not working for Keanu Reeves' character in The Matrix, so who is it?

Is he working with Nate — who is also investigating Gabriel? Frank and Nate teaming up to investigate Gabriel makes the most sense — but knowing How To Get Away With Murder, it's possible that there is more to the story than that. For one thing, Nate seems to be looking into Gabriel to discover who he is, whereas Frank already seems to know, and is trying to use him in some way.

Maybe Bonnie hired Frank. The only caveat, 'shippers be damned, is that at this point in the story it'd be a little strange for Frank to save Bonnie as "The One" in his phone. He did just propose to Laurel, after all. Wait a minute, what if he's working for Laurel, and he never changed her contact after they broke up? That wouldn't be the creepiest thing Frank has ever done, honestly. If Laurel was secretly working with Frank to, I dunno, gaslight Bonnie's secret son, that would be a major twist.

What if it's Bonnie's new coworker, ADA Ronald Miller? That would be devastating, as they seem to really like each other. What if it's just Annalise Keating again? You can always count on Annalise and Frank to go too far down a rabbit hole when it comes to their coworkers' personal lives. It could also be the baby's father, though that twisted character is (at the moment) anonymous. There's also the possibility that Gabriel is Annalise's son that she thought died in a car accident, instead of Bonnie's son, or someone else entirely. No twist or turn is off the table on How To Get Away With Murder.

It's a good thing that Gabriel is definitely suspicious, considering that all these HTGAWM characters immediately started messing with him and running extensive background checks the second he showed up on campus. Think how lucky all of the other new law students in that clinic are — who knows what they could be hiding. Whoever Frank is working for, the collective paranoia of the Keating inner circle in Season 5 is at least justified. Gabriel has a flip phone, what's more dodgy than that?