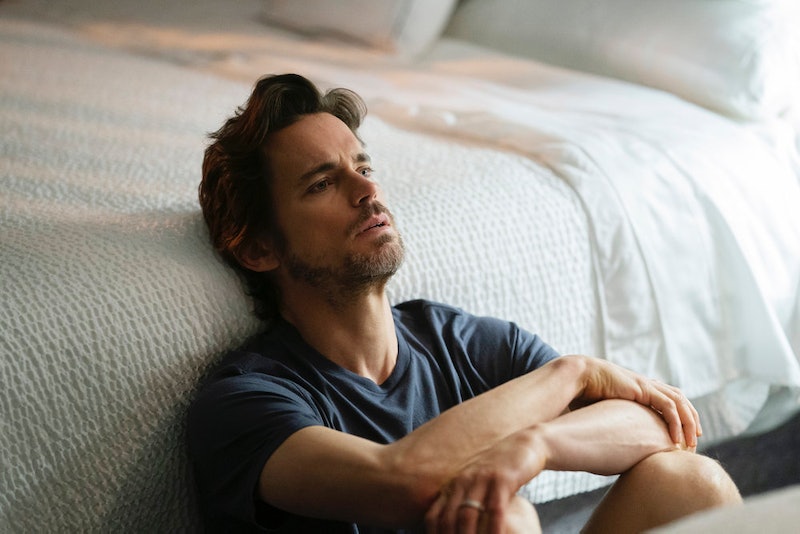 Spoilers ahead for The Sinner Season 3. Typically ahead of a season finale of The Sinner, the crimes have all been committed with one last truth about the motive needing to be revealed. But in the case of Matt Bomer's season, it looks like Jamie will kill again in The Sinner season finale. After letting Nick die and killing the medium in Brooklyn, Jamie murdered the Dorchester police captain, Brian Morris. Considering that Detective Harry Ambrose is the member of the police that most betrayed him, Jamie's killing spree may be just getting started for a bloody finale.

Though Captain Morris was involved in Jamie's case, it was rather random that Jamie chose to murder him over Ambrose in the penultimate episode. But that might be part of his game. Jamie and Nick would leave their deadly acts up to chance with paper fortune tellers, so perhaps Jamie had landed on Captain Morris' name. He may have included a number of people who he feels have wronged him on the fortune teller — like Detective Vic Soto, who arrested him in a very public manner; his colleague-turned-boss at Briarton School, who forced him out of his job; and his brother-in-law Brian, who Jamie resents for being between him and Leela. Leela and their son might be the only two people who are safe since Jamie promised he'd never hurt them. Although he made that claim before Leela told the police that Jamie murdered the psychic, so he may even be willing to kill his wife now.

However, if Jamie's number one priority is to hurt Ambrose, his potential victims list shifts. It's no accident that Harry's daughter Melanie and his grandson Eli have been a focus of this season. Jamie has already met Harry's grandson and could easily lure the child. That would be particularly dark, even for The Sinner, but it seemed likely that Jamie was capable of killing his student Emma, so it's not out of the question. Then, there's Harry's girlfriend Sonya. The season started with Jamie refusing to kill the artist, but his view on murder has drastically shifted since then.

But the character Sinner fans should be the most worried about is Ambrose himself. Bill Pullman had previously stated that Ambrose's story may be told in three parts, so Jamie killing him could be the conclusion of his character arc — and the series. That would be the biggest death in the show's history though and The Sinner may not want to snuff out any potential future seasons by losing Harry.

Something else to consider is how The Sinner doesn't usually go over-the-top with people dying. As unhinged as Jamie is, he might not be as deadly in the finale as the show has set up. In T.S. Elliot's "The Hollow Man," which Nick often quoted, the last line goes, "This is the way the world ends/Not with a bang but with a whimper." Instead of a high death toll in the finale, the conclusion may be a whimper of Jamie's own — as in, his own death — since he can't go back to his former life. But no matter how effective Jamie's death games are in the Season 3 finale, he's bound to terrorize Ambrose and all of the Season 3 Sinner characters one last time in his search for a higher meaning.