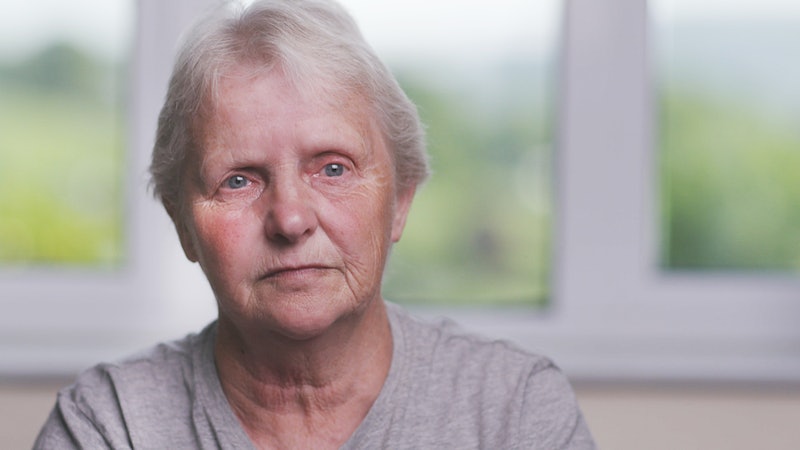 British TV has been bringing the drama of late. Well, it is that time of year — as the days get shorter, people get far more eager to sit in front of the telly with a cup of tea and a snack, and put their weary feet up. But what about real drama? Real crime drama? Well, one crime drama that has really caught my eye is ITV's Am I A Murder? documentary. The story told by Janet Holt is both terrifying and nightmarish. But who is Janet Holt and what happened to her?

Holt is a retired farmer, who is claiming something awful; she says that she is a murderer. She believes that she has repressed the memories of murdering her business partner, farmer Fred Handford. And she is going to reveal every chilling detail in this ITV documentary.

This murder is said to have happened after two brutal rapes at the hands of Handford (a man 30 years her senior, who she saw as a father figure) pushed her to the most violent act. In the documentary, Holt says she recalls burying him in an unmarked shallow grave in Ballbeard Farm, set in the Derbyshire countryside near the town of New Mills, which she and Handford owned together.

Right so, that's that. Case wrapped up, right? Well, not so simple actually. You see, Holt only came forward back in 2011 after a series of horrific, recurring nightmares led her to seek psychological help. Through this, she claims she uncovered memories which she may have repressed. Memories of two horrific attacks, the second of which led her to commit murder.

Back in 1976, Handford went missing. Around that time he had expressed to a witness that he would kill himself by "jumping down a local air vent, serving a long-closed coal mine." After extensive police searches, with man power, dogs, and extensive police expertise led to nothing, it was theorised that he had in fact killed himself.

However, Holt has a completely different story, and one that only resurfaced after years of pretending to herself that it hadn't happened. Speaking to the Mirror, she said:

"Fred attacked and raped me twice. Then I was trapped in the kitchen. I thought he’d lost his mind because he was talking rubbish about us getting married and having children. I thought he was going to attack me again. There was his gun, leaning against the wall. I picked it up and I shot it. There was nothing running through my mind. No emotion."

Despite being remanded in custody and her attempts to show police where she had buried Handworth's body, nothing has ever been found. According to The Sun, Detective Inspector Paul Cullen has accused Holt of coming forward purely in an effort to make big bucks out of an autobiography and television show. He told the paper: "She has tried to con police and psychologist to try and make financial gain."

However, evidence does point to Handford being a violent man. With his own daughter saying she had witnessed him abusing her mother. And, despite the police refusing to accept and delve further into Holt's claims, a consultant clinical psychologist, Professor Jamie Hacker Hughes, met and examined Janet, and believed that she was telling the truth. Or at least that she truly believes what she is saying. "She was very plausible. Sometimes during the therapy she had, called eye movement desensitisation and reprocessing, people come up with things in their mind to help them heal, to make sense of things."

This show will examine evidence, speak to psychologists, the family of Handford, police, and Holt herself, who says that despite repeated accusations, she only wants the truth to be told and that she is not set to gain anything from this. On the contrary, she has said that this event and unimaginable trauma has only affected her negatively. She told the Mirror:

"I’ve never made a penny, I did serve time in prison for stealing money. I regret that but I do feel that isn’t who I really am. I think 1976 changed me as a person."