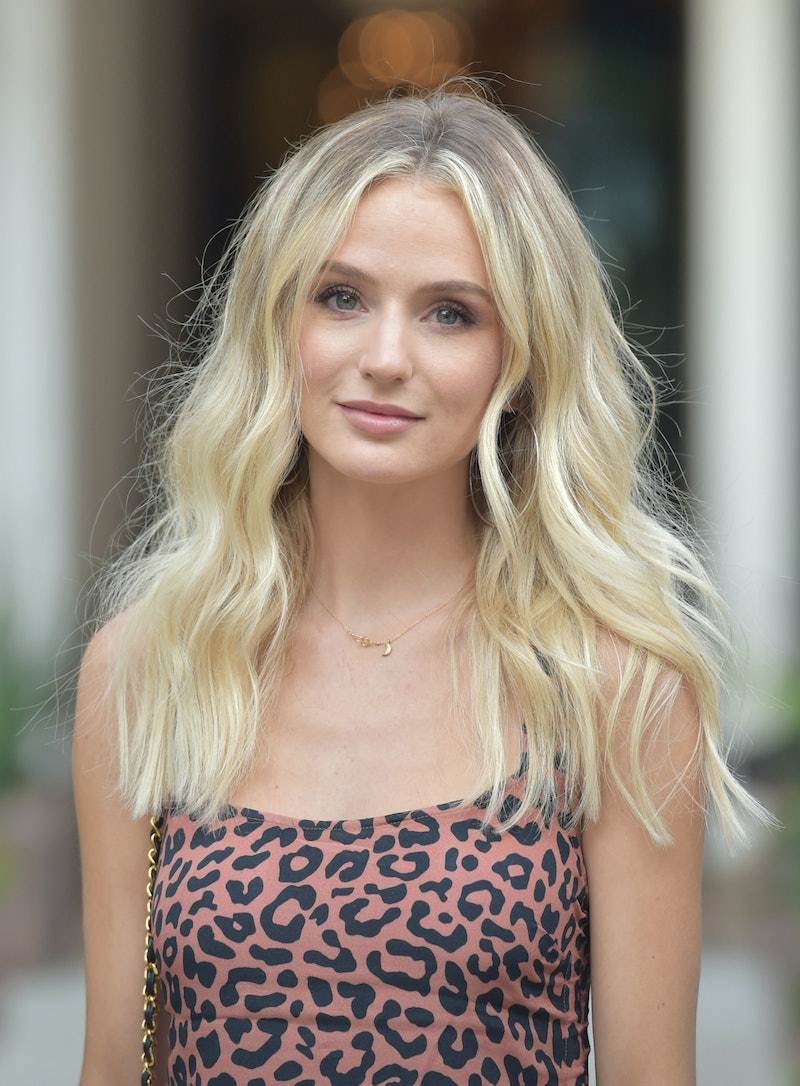 Since her May 2017 split with Bachelor Ben Higgins, she has dated a couple of different people — but Lauren Bushnell's boyfriend in 2019 seems like a real catch for her. She went public with the fact that she was dating country music star Chris Lane in November 2018, and the two have been going strong ever since. But it was certainly a journey to get from being on The Bachelor to where she is now.

Ben and Lauren's Bachelor engagement aired in March 2016, but by May 2017, they'd broken up. Shortly after, Lauren began dating her longtime friend Devin Antin. She later told Entertainment Tonight that she'd wished she'd taken her time after splitting with Ben before getting back in the dating game. ET reported that Lauren went public with her relationship with Antin in July 2017, just a couple of months after the public learned that she and Ben had separated.

Lauren and Antin dated for over a year, but ultimately called it quits in August 2018. "Not everything works out, but it’s good to give it a try and give it your best," Lauren told Us Weekly after the fact. Given what she'd learned from that relationship, she told the magazine that she was going to stay single for a while before stepping out to date again.

"It's funny, I always was so scared to be alone, but now I’m really cherishing the alone time to grow and reflect on what worked and what didn’t and really make sure I take my time this time around, because I did kind of rush into it last time I think, so I’m actually very much … I’m very content on my own right now."

But love found a way again, and Lauren was publicly dating Chris Lane a few months later in November 2018. The duo even appeared together on the red carpets for the BMI Country Awards and the Country Music Association Awards, according to another Us Weekly article.

Lauren told Hollywood Life that, like with Antin, she and Lane had a friendship foundation before they started dating. "We met at an iHeart Radio award show in Austin years ago, gosh it might’ve been three years ago," Lauren told the outlet. "Then I ran into him and some of his friends in Nashville a while ago, and just kind of developed a friendship and obviously now we are more than friends."

She elaborated that she and Lane had gone on a trip in August with some other friends, but, while there, she realized they could have something. "I was single and he was single and it just kind of naturally happened," she said.

The couple is still going strong as of February 2019, and Lauren can't help gushing about him every chance she gets. "He’s so sweet, he makes me feel so good and builds me up and makes me feel really confident and I just feel very lucky to have him," Lauren told Hollywood Life.

She's also raved about him on Instagram. In a recent post with video footage of the two of them, presumably from that August trip, she wrote:

"LOL BABE. remember when we filmed this and we weren’t dating but after that trip I was like waittttt he reallllll cute. Anyway — I’m v thankful I get to love you. Thanks for always making me feel like the most beautiful girl in the world.

In another post of the two of them, she captioned a New Year's Day photo, "Beyond grateful for you." As for her ex, Ben Higgins? He's probably just glad that Lauren's doing as well as it seems.

"It’s so cliché to say I want her happy," Ben said to Us Weekly in August after her split from Antin. He added, "I just want Lauren to feel fulfilled, joyful and to be celebrated ... I just hope whatever happens, she can recover with grace. She will. She’ll do alright."

And indeed she has.

More like this
Where Is Clayton Echard Now? The Former 'Bachelor' Star Is Dating Susie Evans
By Kadin Burnett
Gabby & Rachel Reveal How That 'Bachelorette' Rose Ceremony Twist Happened
By Grace Wehniainen
Former 'Bachelor' Producer Elan Gale Knows The Secret To Your Favorite Shows
By Samantha Rollins
Everything To Know About 'Bachelor' Host Jesse Palmer
By Justice Namaste and Radhika Menon
Get Even More From Bustle — Sign Up For The Newsletter