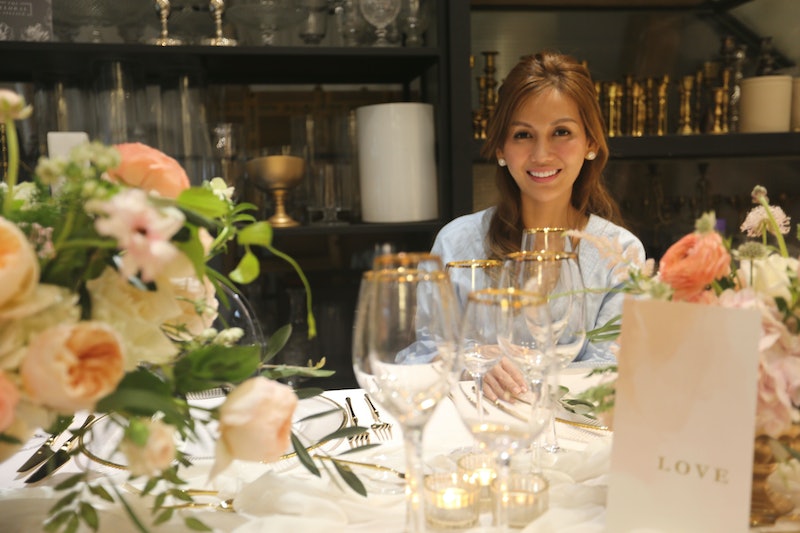 Do you ever look at someone and wonder, "how the heck did you manage to make this your job?" Those people you meet throughout your life with the most niche jobs, or those you see on TV whose lives make for not only a source of wonder, but some fine entertainment. One woman in particular whose job is not only illustrious, grand, and OTT but niche AF is Lelian Chew's. But who is Leilan Chew? The star of BBC's new documentary Million Dollar Wedding Planner started her professional life in something far different from weddings.

Yes, long before she was hearing wedding bells, Chew was listening for the bell of the New York Stock Exchange. According to the Business Times, she cut her teeth on the trading floor at Goldman Sachs dealing with gazillionaire clients in Japan and the U.S. The super high achiever had worked her way up as a private banker and was low key nailing it. But she was surviving on just three hours sleep in order to keep up with international markets.

She was living in Hong Kong, aged 31, when fate stepped in and everything changed. As everyone knows, surviving on a sleep deficit and a stress surplus is not exactly ideal for one's health. And basically, Chew's health nose dived and she became ill. What was she suffering from? "Crazy enough, it was just fatigue," she told the Business Times.

The sudden realisation of the toll her work was taking on her life made Chew realise it was time to take stock and really think about what's best for her health and happiness. She shared this Eureka moment with the Business Times:

"I realised that I had spent all those years trying to prove myself - I didn’t study finance so getting into a bank was a real feat - to the extent that I didn’t care about anything including my health. So I asked myself if this was what I wanted to do for the rest of my life."

Choosing to take some time out to have a think about what she'd do next, Chew packed in her job and decided to focus on organising her wedding. Which is a normal enough thing for a person to do right? Well, when one of her wealthy banking clients asked which financial establishment she was moving to so he could carry on working with her, his reaction to her wedding plans was a bit surprising. It wasn't a simple "best of luck!", or "we'll miss you!" Oh no. He in actual fact shared that his own son was getting married and according to the Business Times, he basically asked her to give them a hand with it.

And the rest, as they say, is history. Since them, Chew he has learned the ins and outs of planning multi million dollar weddings, and has come to realise that dealing with bride/groomzillas isn't so different to the financial industry after all. She now runs her own enormously successful business The Atelier & Co.

All of this and then some will be shown on a BBC Two documentary, Million Dollar Wedding Planner, about the business woman and the work she does.