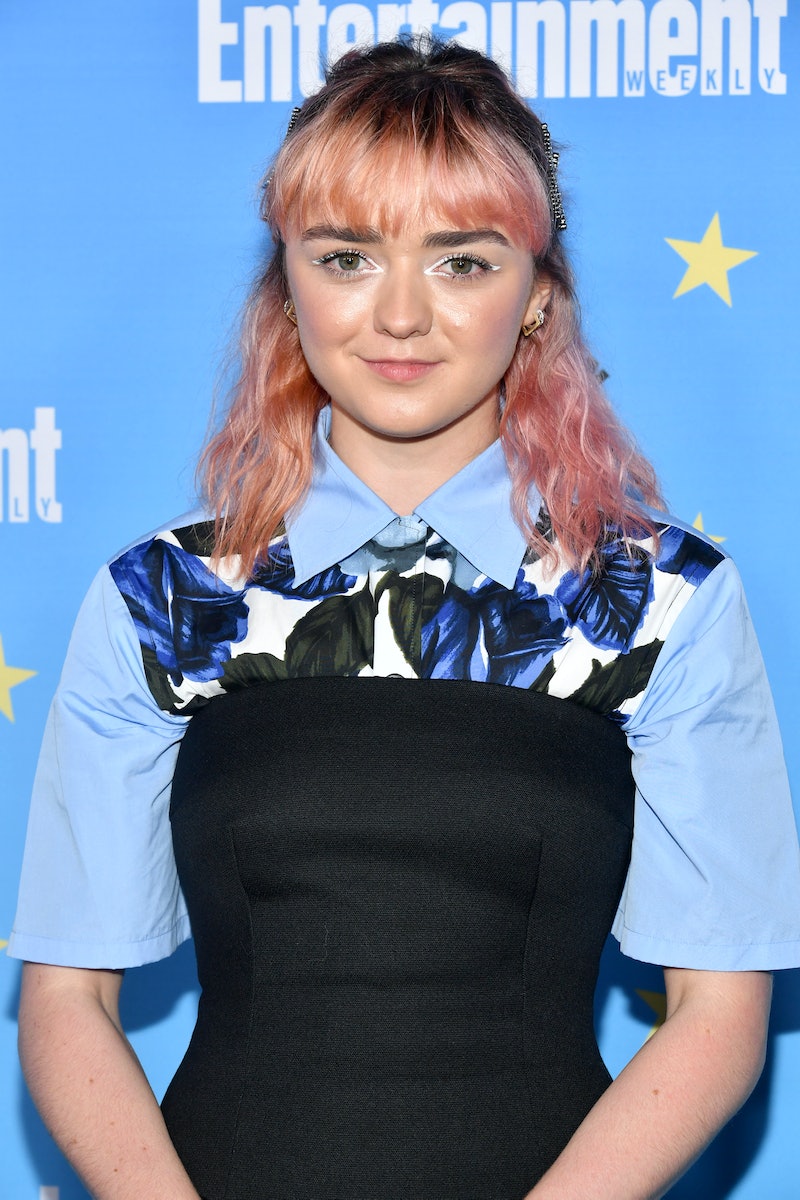 Since Game of Thrones has officially come to a close, fans might be thinking about some of their favorite actors and their personal lives. For example, you might be wondering who Maisie Williams is dating in 2019. The 22-year-old typically keeps her dating life on the down low, but that doesn't mean she doesn't have one. As for her current relationship status, well, though she hasn't made any public statements about her love life, Williams has been spotted with one individual on multiple occasions.

Since February, Williams has been linked to Reuben Selby. In photos obtained by the Daily Mail, the two were first seen holding hands in New York City. The publication reported at the time that Selby was working as Williams' communications director for her app, Daisie, which focuses on talent discovery and collaboration. It's unclear if this is how they met. According to his Instagram bio, Selby no longer works for Daisie, but that doesn't mean they aren't an item.

In April, Williams confirmed that she had a boyfriend in an interview about GoT with Entertainment Weekly. She didn't give a name, but only said when discussing Arya's triumph over the Night King, "And then I told my boyfriend and he was like, 'Mmm, should be Jon though really, shouldn’t it?'" Many assumed she was referring to Selby. Then, in June, Williams and Selby attended Joe Jonas and Sophie Turner's rehearsal dinner together in matching outfits, fueling more speculation about their love life. In fact, they've made plenty of public appearances together, including being photographed holding hands in July, per Just Jared, going to Wimbledon, as spotted by Harper's Bazaar, and most recently attending London Fashion Week and New York Fashion Week together. Plus, they both show up on each other's Instagram a lot.

According to a June Elle Australia article, Selby is 22 and is an "English model, developer, and photographer." As seen on his Instagram, he also has three siblings who are famous chefs: Nathaniel, Luke, and Theo Selby. Per his Instagram, Selby is the founder of the Contact Agency for models, the co-founder of Cortex, an online magazine, and the co-founder of the Selby Brothers. And in other news that GoT fans will probably care about, Sophie Turner, Williams' former co-star and real-life best friend, follows Selby on Instagram. Turner clearly supports her friend's happiness.

Prior to Selby, the actor was dating a former classmate. In 2016, Williams opened up her dating life to InStyle UK. "We’ve been together for over a year," the actor told InStyle UK (via Refinery29). "I guess you could say things are getting pretty serious. He’s not famous. I met him at school. And now he’s my boyfriend! People feel it's strange that someone who’s famous can go out with someone who’s normal. I don’t meet anyone else. Maybe I’m doing it wrong, but I don’t go to all these parties. I don’t meet the other young, male actors. I just like normal people, I guess." She never referred to her significant other by name, but it was most likely Ollie Jackson, who she confirmed she was dating in 2018 while speaking with Elle UK. "Everyone just wants to have someone they can hang out with, who is a friend and a boyfriend, and Ollie is that," she said at the time.

Neither Williams or Jackson ever publicly stated that they broke up, but seeing as Williams seems to be spending most of her time with Selby, it appears she's moved on.