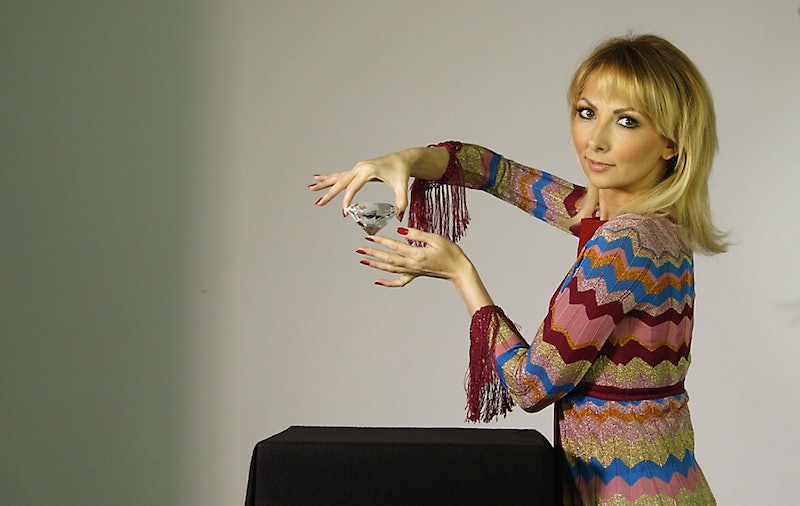 When kick-starting a new career, hand modelling maybe wouldn't be at the top of your list. Heck, many people don't even know it's an option. However, you could be missing a trick, because this industry sounds pretty lucrative. Yes, flaunting your fingertips can earn you some serious dough, and is a skillset sought out by some of the world's biggest fashion brands. Those hoping to discover more about this unusual line of work are in luck. Channel 5's Million Pound Hand Job will follow Nina Taylor as she reveals the secrets behind this unusual industry. But who is Nina Taylor? Here's everything you need know.

According to the Daily Mail, Nina Taylor is a professional hand model from London, and has previously worked for a string of major fashion and beauty brands including the likes of Chanel, Tom Ford, Fendi, Charlotte Tilbury, and many more.

The specialist model, who can earn up to £5,000 for each gig, has insured her precious palms for a staggering £2 million, and in the past has worked as a hand double for Heidi Klum, Jennifer Lawrence, Scarlett Johansson, Demi Moore, Georgia May Jagger, and Kate Moss. But despite working alongside some of the biggest names in showbiz, Taylor is almost completely unknown to the majority of the British public (well, until now).

According to The Sun, the Million Pound Hand Job airs on Wednesday, July 31 at 10 p.m. on Channel 5 — and, during the documentary, Taylor will delve into the strange realities faced by those at the forefront of the hand modelling industry. Speaking about her unconventional career in the Channel 5 doc, Taylor says, "Being just hands mean being anonymous, there’s no conflict of interest. You can work on all these different brands, you’re working every single day. You’re double booked, triple booked. That all adds up."

Although it all sounds like a walk in the park, there are some very strict guidelines to follow if you're hoping to break into the world of hand modelling, and speaking in the doc, Taylor provides some insight into the on-set expectations. According to the Daily Mail, she revealed, "Hands must have straight lines, no scars, no blemishes, no crooked fingers, no badly scraped knuckles, no warped finger tips and very well proportioned hands. You have to have really nice hands, I prefer beautiful hands, you have to have the skills to practise."

During an interview on BBC Cambridgeshire Radio back in 2010, Taylor also went into detail about her intense hand-care routine. Speaking on the show, she said, "If you look at a nail with a camera you might see all sorts of imperfections but I’m looking after my hands and my nails and my cuticles all day long," and continued on to say, "there’s a certain skill required for it, you’ve got to be really precise, you have to hold really still, it’s a precision work and that comes with experience."

Well, it certainly sounds like a lot of work, so if you're now looking to get into hand modelling, you better book yourself in for a manicure ASAP.