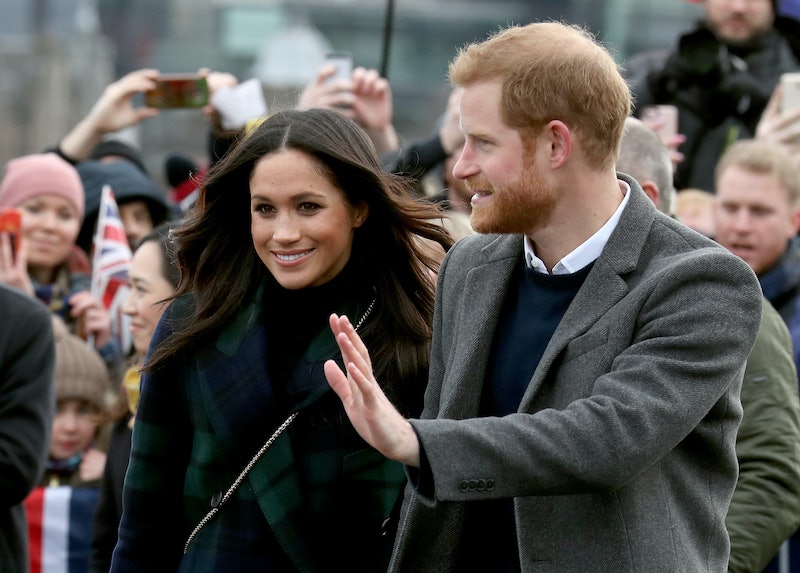 We’re at T minus ten days until the Royal Wedding, not that you’re keeping track. (...or have two different calendar alerts set or have been prepping your body’s American sleep schedule to be up in time for the event.) One of the most important people involved in the event—aside from Meghan Markle, Prince Harry, the literal Queen, teeny royals George and Charlotte, and you watching the whole thing from the comfort of your couch—is who will be officiating the Royal Wedding. So, who is the person who gets to pronounce the Royal Couple as husband and wife?

Justin Welby, the Archbishop of Canterbury, will be officiating the royal ceremony. As reported by Vogue UK, the Dean of Windsor David John Conner will conduct the service and Archbishop of Canterbury Justin Welby will officiate when the couple makes their vows. If you’re not familiar with the roles and responsibilities of the clergy, the Archbishop of Cantebury’s duties include leading the Church of England’s 13,000 parishes. According to the Anglican Communion, he is also “regarded as the nation’s senior Christian and spiritual voice.” Basically, he is extremely important in the Church. So, of course he’d be officiating one of the most important weddings in the UK.

Personally, it seems like a missed opportunity to not have the ceremony officiated by Pope Rihanna the First with a reading given by Chadwick Boseman's 2018 Met Gala cloak. But this guy seems chill too, I guess.

How does one prepare to officiate a Royal Wedding? Weeks of silent meditation? Brushing up on your holy jokes? Vocal warm-ups? Listening to grime artist Stormzy? Apparently, The Most Rev Justin Welby is doing the latter.

As reported by the Telegraph, Mr. Welby quoted Stormzy’s song, Blinded By Your Grace, to explain how he’s prepping for May 19. “There’s a line in that - ‘I stay prayed up and get the job done’ - I think that sort of sums it up,” Mr. Welby said.

“I’m always nervous at weddings because it is such an important day for the couple - whoever they are,” he also adding, noting that he’s previously been worried about flubbing his lines or dropping the ring. By the power vested in him by Stormzy, I’m sure he’ll do just fine.

The rest of the details for the Royal Wedding are as supremely extra as one might expect. In addition to having the event take place Kensington Palace and having it officiated by someone who is essentially Most Christian Clergyperson in England, the details of the day are, to put it gently, bananas.

Want to take a wild guess at how much their wedding will cost? For context, the average wedding in the U.S. costs about $35,329, according to Fortune. Ha ha, just kidding that’s not helpful context at all because the Royal Wedding is project to cost over $2.7 million U.S. And that’s not even counting security for the event, which is the most costly expense. According to the Daily Mail, the entire event projected to cost taxpayers $42 million in U.S. dollars. You know, just a literal one hundred times the cost of the average wedding in the states.

Of course, the wedding is going to look, taste, and sound as extravagant as that cost would suggest. As predicted by the wedding website Bridebook, there will be over $155,00 worth of flowers. The wedding cake, flavored lemon and elderflower, will cost an estimate $70,000. There’s also $127,000 of the budget set aside just for trumpets. Not music (which will run $420,000)...just trumpets.

So, if I could just get someone to scrap a trumpet or two, maybe they could send a few dollars my way for a plane ticket across the pond.