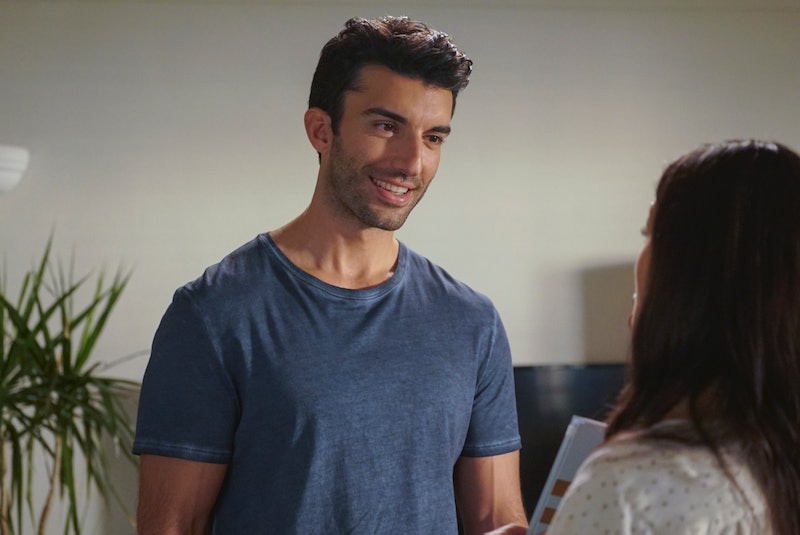 Spoilers ahead for Jane the Virgin Season 5, Episode 11. After Jane returned from Montana, she made it abundantly clear that she was ready to go all-in with her baby daddy. Rafael, however, informed her it was too late to go back to how things were before Michael showed up. And in "Chapter 92," Jane learns that her ex is dating someone, which comes as an unpleasant surprise. And while it's not revealed who Rafael is dating on Jane the Virgin, that he's moving on could spell trouble for Team Jafael.

How many times have Jane and Rafael broken up, only to reconcile? To quote Mean Girls, "the limit does not exist," because these kids have not been able to get their act together so far. Well, they almost did, but Michael came back from the dead right before Rafael was able to pop the question. This was understandably confusing for Jane, who had spent the past four years grieving her husband, who is not only very much alive but has been an amnesiac in Montana ever since his "death."

And while she told Rafael that she needed to explore things with Michael, Jane ultimately decided that Mateo's father was who she wanted to be with.

Or as she said in "Chapter 88," "I said goodbye to Michael because I'm sure — more sure than I've ever been about anything — that I want to be with you. Forever. You're my now, you're my tomorrow, you're my always." Unfortunately, Raf wasn't on the same page and rejected her advances. Fortunately, it seems like Jane has accepted Rafael's wishes — whether she's moving on or not.

And it's to their credit that they've continued coparenting Mateo through this whole love triangle. Audiences will recall that back in Season 4, the couple were trying to decide whether to give their relationship another shot or remain platonic. However, the potential of having a united family was too much for their son to handle, who began acting out at school, anxious for his parents to tell him what they'd decided.

This time, however, their relationship drama hasn't gotten in the way of Mateo's wellbeing, who was diagnosed with ADHD in "Chapter 91." In this week's episode, they develop a plan to help their son change his behavior through a strict diet and exercise regime, which goes just about as well as could be expected. And although Jane misinterpreted Rafael's friendly texts about their child as being flirty, that he's started seeing other people is a good reality check for her that her ex really is moving on.

However, it remains to be seen whether Rafael is just casually dating to get over Jane or if this mystery woman will prove to be a serious love interest for him. And it's clear that he's not ready to tell Jane about his love life just yet, admitting only that his date went well.

On the whole, Rafael has been unlucky in love. Don't forget that he used to be married to Petra, who was cheating on him with his best friend, Roman Zazo (RIP). Then there was Abbey (Minka Kelly) — a girl so sweet and nondescript that even the narrator would forget she was in the room. He even dated Jane's obnoxiously beautiful, accomplished, and dishonest cousin, Catalina, for a spell, before they eventually outgrew each other.

So does this mean that Jane and Rafael are over for good? There are still eight more episodes left in the series, which means there is ample time for him to either change his mind or for Jane to get over him. But you can't help but think this is just a ploy from the Jane the Virgin writers to present yet another obstacle for the couple to overcome before they get their happily ever after. But their relationship status aside, what "Chapter 92" proved was that no matter their feelings toward each other, they will always put Mateo first.

And even though Jane isn't Rafael's "now," that doesn't mean she won't be his "tomorrow" or his "always," like she told him after returning from Montana. This is a telenovela, after all.