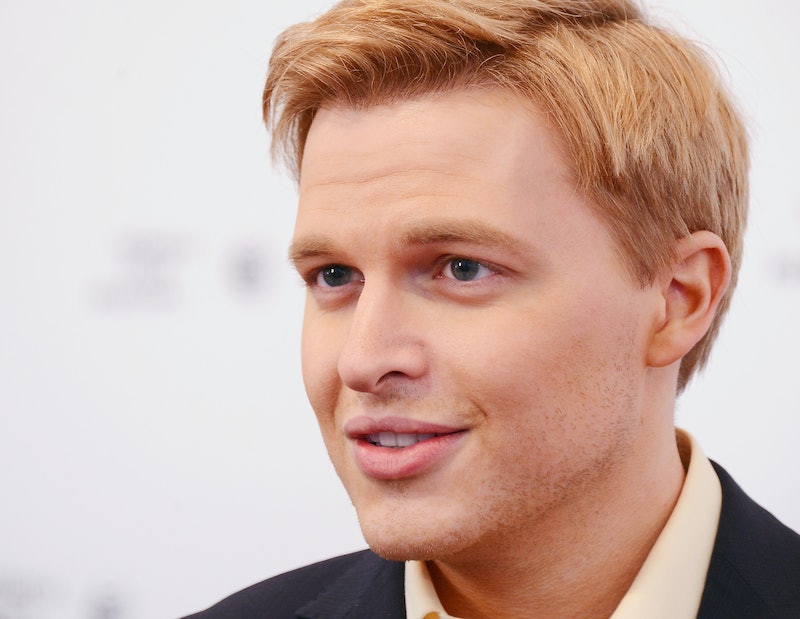 Last week, NBC reporter Ronan Farrow published a damning piece detailing sexual assault allegations against Harvey Weinstein. His report was published shortly after The New York Times revealed the Hollywood producer had a decades-long history of allegedly sexually assaulting and harassing women. Weinstein has categorically denied all claims of sexual misconduct, but in the wake of these stories, actors have said that the rumors of Weinstein's behavior were widely known within the industry.

In a statement on Tuesday, Weinstein's spokeswoman, Sallie Hofmeister, denied the accusations.

Any allegations of non-consensual sex are unequivocally denied by Mr. Weinstein. Mr. Weinstein has further confirmed that there were never any acts of retaliation against any women for refusing his advances. He will not be available for further comments, as he is taking the time to focus on his family, on getting counseling and rebuilding his life.

Yet many people in the industry have acknowledged the rumors about Weinstein's alleged behavior. "I'm sitting here, deeply upset, acknowledging to myself that, yes, for many years, I have been aware of the vague rumors that Harvey Weinstein had a pattern of behaving inappropriately around women," Glenn Close wrote in a statement. She added that she was angry at Weinstein as well as "the conspiracy of silence around his actions."

It's significant that Farrow should be the reporter to shed light on the stories of Weinstein's alleged victims — for him, this issue is personal. Just last year, Farrow published a piece in The Hollywood Reporter that condemned the media for not further investigating claims of sexual abuse made against his father, Woody Allen, by his sister, and Allen's adopted daughter, Dylan.

Dylan penned an open letter for the New York Times in 2014 that detailed how Allen had allegedly sexually molested her when she was just seven years old. "For as long as I could remember, my father had been doing things to me that I didn't like," she wrote. "I didn't like how often he would take me away from my mom, siblings and friends to be alone with him." Allen later responded to the allegations with his own Times op-ed denying all claims of sexual misconduct against Dylan, with more words and better placement, according to Farrow.

Allen calls Dylan's accusations "ludicrous" and painted it as his ex-wife's form of revenge. "This piece will be my final word on this entire matter and no one will be responding on my behalf to any further comments on it by any party," he wrote. "Enough people have been hurt."

In the wake of Dylan's alleged story, not much changed in Hollywood. "Being in the media as my sister's story made headlines, and Woody Allen's PR engine revved into action, gave me a window into just how potent the pressure can be to take the easy way out," Farrow wrote in THR.

"Every day, colleagues at news organizations forwarded me the emails blasted out by Allen's powerful publicist, who had years earlier orchestrated a robust publicity campaign to validate my father's sexual relationship with another one of my siblings." Farrow's referring to Soon-Yi Previn, Allen's wife. He began his relationship with her when she was 21 years old and he was 56. Previn was the adopted daughter of Allen's girlfriend at the time, actress Mia Farrow.

Farrow said that the emails from Allen's team "featured talking points ready-made to be converted into stories, complete with validators on offer — therapists, lawyers, friends, anyone willing to label a young woman confronting a powerful man as crazy, coached, vindictive. At first, they linked to blogs, then to high-profile outlets repeating the talking points — a self-perpetuating spin machine."

It's this same "self-perpetuating spin machine" that protects, and has protected, Weinstein, according to Farrow. "There's a vast machine set up to silence these women," Farrow said in an interview with PBS about Weinstein's alleged victims.

We are talking about legal settlements, where women were paid to sign very restrictive non-disclosure agreements, we're talking about a public relations team that plants negative items about women, these are all allegations made by women in this story.

While Allen has yet to face any significant consequences for the allegations against him, Weinstein was fired from the production company he co-founded on Oct. 8. At least one-third of the company's board stepped down in the wake of the Times report, released the previous Thursday, and a long list of A-listers have spoken out against Weinstein. Soon after, his wife, Georgina Chapman, announced she was leaving him.

Farrow has been committed to giving a voice to Weinstein's alleged victims because he's had to sit by as his sister's story continually gets drowned out by his father's PR machine. He's witnessed Dylan's struggle, and now he's using his platform to do what he can to make sure that doesn't happen to others.

"Each of these sources really tore their guts out giving these horrifying details," Farrow said on the TODAY show. "This was a traumatic experience to relive these events, and there's very little upside for them. This was a brave and important thing they did and they did it because they thought it could prevent, potentially, future crimes."

In addition, Farrow is setting an example for people in media who are in a position to end a cycle that suppresses victims and protects predators. He says that there's been a shift in the culture, and the women he interviewed feel the same way. "There's more of a culture of accountability now," he said on TODAY.

Unfortunately it took decades, and dozens of women to corroborate each other's stories, for people to take the accusations against Weinstein seriously. In Farrow's opinion, a lack of criminal conviction should not be "an excuse for the press to silence victims, to never interrogate allegations," he wrote in THR. "Indeed, it makes our role more important when the legal system so often fails the vulnerable as they face off against the powerful."