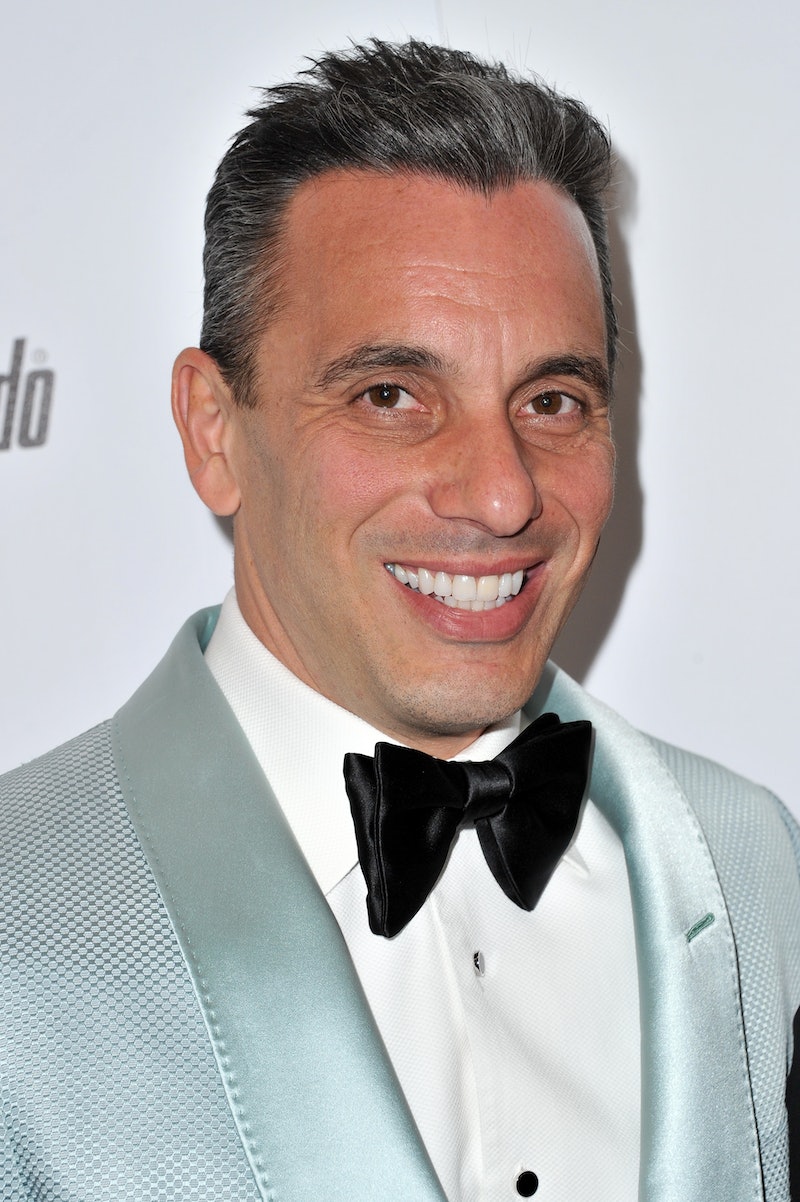 Are you ready for an evening filled with appearances and performances from the biggest names in music? Well, ready or not, the 2019 MTV Video Music Awards are going down on Monday night. One marquee-making name that you might not be familiar with, however, is the guy who's hosting the show. So, who is Sebastian Maniscalco, exactly? In a nutshell, he's a comedian known for his observational sense of humor — and he's about to become lot more famous.

Last year, the VMAs opted to go without a formal host. In the past, though, they've recruited some pretty major celebs for the gig, including Katy Perry, Miley Cyrus, and Jimmy Fallon. As far as millennials are concerned, Maniscalco is arguably the least-known host to have ever graced the Moon Person-laden stage. He's actually an incredibly successful comedian, though, and was even named Comedian of the Year by Billboard in 2018. Surprised? You're probably not alone.

In addition to receiving top comedic honors from Billboard, Maniscalco also made Forbes' list of the world’s highest-paid comedians in both 2017 and 2018. His memoir, Stay Hungry, became a National Best-Seller shortly after it was released last year, and he then went on to go on an eponymous sellout tour that included iconic venues like the Colosseum at Caesars Palace in Las Vegas and Madison Square Garden in New York City.

Now, if you look Maniscalco up on YouTube, two things become instantly clear: One, he's for sure as big of a deal as his recent accolades imply. More than a few of his videos have millions of views. Millions! Like, more than one million, which is obviously a lot. The second thing that instantly becomes clear is that he admittedly knows nothing about music. Well, nothing about today's music, at least.

In the promo video for his 2019 VMAs hosting announcement, Maniscalco excitedly tells his wife, Lana Gomez, the big news, to which she replies, "Babe, do they know you know nothing about music?" The comedian then retorts, "Babe, I grew up on MTV. Come on, Madonna, Prince ... WHAM!" Um, yeah, he's definitely going to need to do some homework before this year's show.

Maniscalco then consults an Amazon Alexa-type device to help him out. "Are you familiar with Cardi B?" the device asks. "What is that? A spice or a supplement? Maniscalco inquires. "What about Billie Eilish?" the device presses on. "No, but can't wait to meet him." Oh boy.

During a recent interview with Gayle King on CBS This Morning, Maniscalco revealed that since he got the VMAs gig, he has, in fact, been studying up. "I just found out who Normani is!" he told King. "I know music but I don't know the inner workings. I don't know the feuding, whose got beef with who. But I'm finding all this out." OK, well, that's progress.

This year's host announcement was made during an episode of The Tonight Show Starring Jimmy Fallon back in June, as per The Hollywood Reporter. "We’re thrilled to have the incredibly talented Sebastian Maniscalco as this year’s VMA host," Bruce Gillmer, the MTV VMAs executive producer said in a statement. "Sebastian is on FIRE right now and his comedic spin on relatable topics will make this year’s show truly unforgettable."

Seems like that will probably prove true, regardless of whether or not Maniscalco ends up becoming familiar with the music of today. Surely he will though, right? Fans will just have to wait and see.