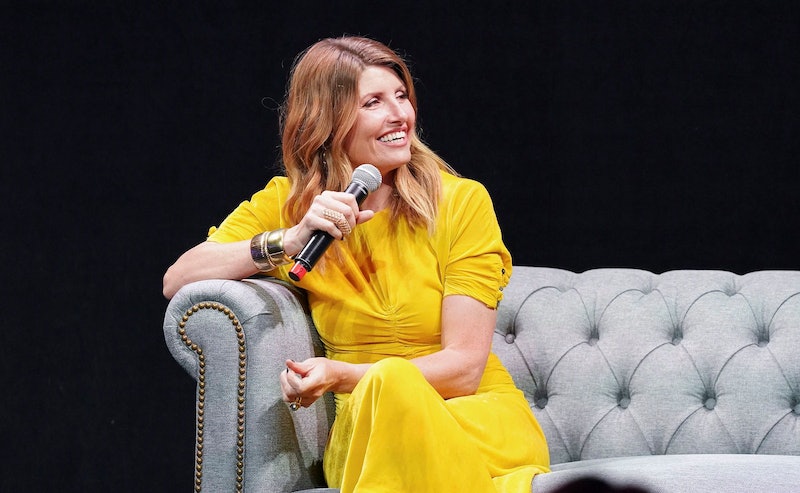 There's been an incredible display of female talent and wonder in recent years both behind and in front of the camera. Turns out that when women get the chance to come to the front, we smash it. Get it girls. One prime example of this is the leading lady in Channel 4's hilariously, BAFTA-winning hit comedy Catastrophe. But who is Sharon Horgan, and what is there to know about her on and off camera? Let's dig in.

First off, Horgan is Irish, which scientifically makes her 73% better than most people. Sorry, you can't argue with science. OK just kidding but boy oh boy are we proud of this wonderful export and the entertainment she's sharing across the globe.

The Catastrophe star is a writer, comedian, actor, director, and producer. She's even the boss of her very own production company, Merman. Wow that's a lot of hats to wear. But hey, she suits all those hats.

Horgan is probably best recognised for her starring role in Catastrophe. However, she has been working for quite a while and in a whole host of super brilliant shows like Monkey Dust, Pulling, BoJack Horseman, and Moone Boy. She also had a cameo in Bob's Burger, which is pretty cool.

If her career isn't enough to make this woman an icon, she also threw her weight behind Ireland's bid to Repeal The 8th Amendment, which was a campaign to ensure Irish women were given the right to terminate unintended pregnancies.

One of Horgan's fellow expats who supported the campaign as well was her BFF Aisling Bea. The two appeared in quite a hilarious video alongside other comedians who were asking Irish citizens to "be [their] yes," since they themselves couldn't vote.

Horgan and Bea are comedy friendship goals. They are currently starring in the wonderful dramedy This Way Up, a show about Bea's character Aine and her road to recovery after suffering a breakdown. Charting all of the ups and downs as well as the taboo element of her time in a treatment facility. Horgan plays Shona, her older sister who she has a co-dependent relationship with.

The show bravely and confidently deals with themes of mental illness, loneliness, societal pressures, and readjusting after a mental trauma. Which sounds super bleak and a downer but this show manages to live up to the maxim "if you don't laugh you'll cry."

The show is written by Bea and produced by Horgan's production company Merman. Speaking to Channel 4 about the show and the challenges faced with such a delicate subject matter in a comedy format, Horgan explained their approach:

"It would be the same as if we were making a drama. Just because it's a comedy doesn't mean it's a piss take. So from a comedy point of view I wasn't nervous, but I think if you're putting out anything that has a sensitive subject matter, it makes you nervous. But you have to trust that you’ve approached it in a way that is truthful and sensitive."

The show has been a massive hit with the critics and TBH, having marathoned the whole series myself, I can assure you, they're not wrong.