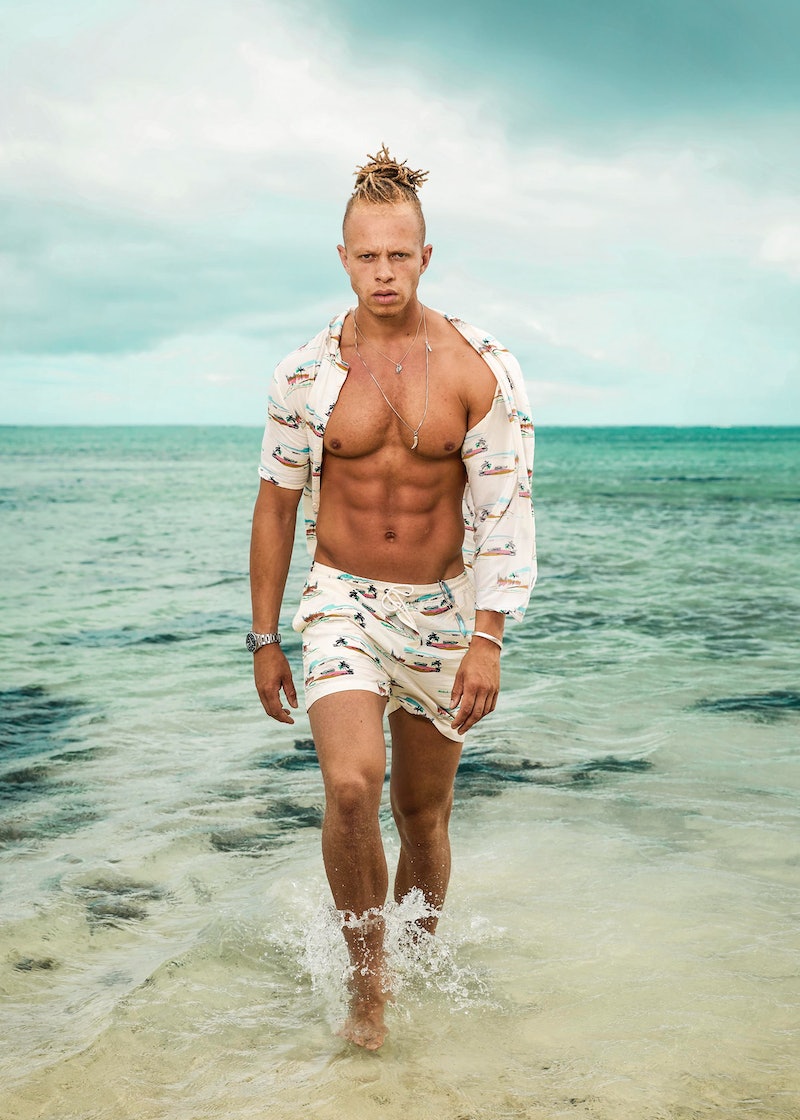 The out-of-place intellectual is a classic reality TV trope. There's that one contestant who wants to talk Nietzsche instead of necking, and no one quite knows why they're there in the first place. Take Love Island's Camilla, who was often branded "too good for the show," since she was about feminism just as much as she was about flirting. Now, the new series of Shipwrecked, the show that's basically a crossover between Bear Grylls and Love Island, has recruited a super smart Cambridge graduate to add to the trope. There's much more to him though, so who is Chris Jammer?

According to The Tab, Jammer studied land economy (basically law and economics from the point of view of environmentalism) at Cambridge, and graduated with a 2:1 in 2016. Not too shabby, eh? Probably not to your surprise, he caused a bit of a stir back on campus. In 2016 he was voted 6th in The Tab's "Biggest Names on Campus," with the site referring to him as "the most fashionable name on campus."

That might be because his modelling career really took off during his studies. According to his interview with Serge Denim, his first shoot was for i-D magazine, where he posed alongside art pop singer FKA Twigs.

His Instagram is chock full of shirtless pics and poses. And fair, tbh. This is one seriously pretty man, and he seems to captivate people of all genders. As fellow Shipwrecked contestant Liv Jawando told the Radio Times: "“I did fancy Chris at first,” although to her disappointment, she soon "found out he was gay."

He did a big interview with The Gay Times back in March 26th, 2018, accompanied by some photos of him stripped down to a leather jacket and briefs. You're welcome. "I think I’ve always had an idea that I was gay," he told the mag, "however it wasn’t until my second year of uni when I came out to most people."

He also told the mag: "I’m not uncomfortable with my relationship with femininity," adding: "It’s something I really appreciate about my character to be aware and in touch with that side of me." So far, so good I reckon. Attitude magazine have also been caught under Jammer's spell. He revealed his tragic reason for applying to the show to them, confessing: "My mum passed away four months ago and I was her primary carer so I was trying to do that." Shipwrecked has been his way of trying to "get away from everything."

Putting the heartbreaking and poignant backstory aside, I can tell that Jammer is going to be an incredible and intriguing contestant either way. His brains and brawn should get him a long way, and who knows? That land management degree might even come in handy. You can see how Jammer gets on when the new series of Shipwrecked premieres on E4 at 9 p.m. on Monday, Jan. 26. Make sure to get that cheese out. There's plenty of abs to grate it on.