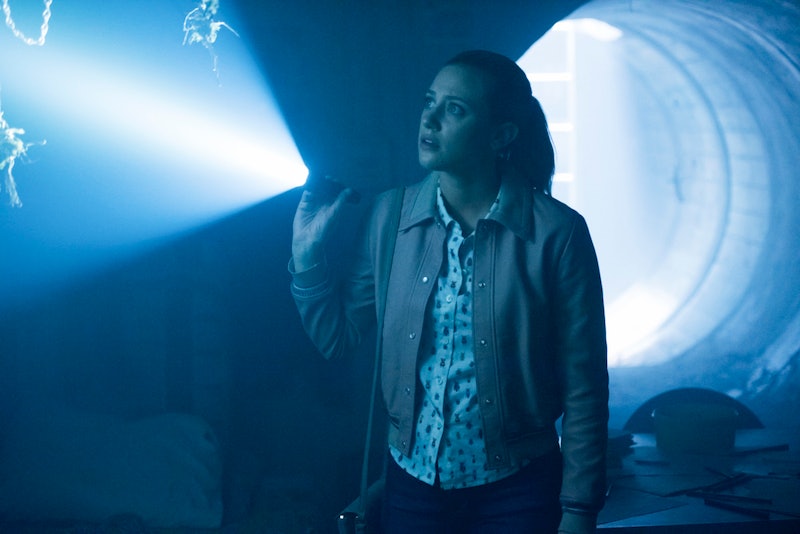 Riverdale has already rotated through a motley crew of scary villains, but thanks to the introduction of a horrific new Big Bad, Season 3 is shaping up to be its most terrifying chapter yet. Whereas past mysteries focused on tracking down the killer in question, this one asks not just who is the Gargoyle King, but what. And from the looks of it, Archie and co. will be dealing with something much bigger than a local parent gone bad.

In Season 1, the show used the death of Jason Blossom to force the town's dark secrets out into the public. In Season 2, it upped the ante with not one murder, but several, courtesy of the Black Hood — not to mention mounting tension between Riverdale's North and South Sides. Oh, and some mob drama for good measure. But lest you thought Riverdale could not possible one-up itself after all that, think again. With both of its past killers now unmasked, it seems the series will transform from dark teen drama to full-fledged horror with the inclusion of the Gargoyle King, a terrifying figure that is by far the most fantastical element in a show has featured no shortage of odd moments or creepy happenings.

When Riverdale creator Roberto Aguirre-Sacasa first teased the Gargoyle King's existence, he tweeted that he was "gruesome, gory, grim, and gnarly." He also shared a photo, assumedly of the villain, which looks like a shadowy beast with long, curved horns and branch-like wings. Afterward, he explained to Entertainment Tonight that the the Big Bad is related to "a mysterious Dungeons and Dragons-like game" called Griffins & Gargoyles. "The bodies of two students are found in the woods and it’s discovered that they were playing Griffins and Gargoyles and that the main villain of the game — the Gargoyle King — may also be stalking the streets of Riverdale," Aguirre-Sacasa said.

But while that all sounds pretty spooky, knowing Riverdale, it's possible the Gargoyle King will turn out to be just another evil dad. The Season 1 finale revealed that the person who shot Jason Blossom was his own father, maple syrup magnate slash drug kingpin Clifford Blossom. Then, it was revealed at the end of Season 2 that the Black Hood serial killer was actually Betty's father, Hal Cooper. At this point, it'd be surprising if the Gargoyle King wasn't a Riverdale dad. But which one?

Could it be Fred Andrews, coping with Archie's arrest by taking it out on the rest of the town? Could it be F.P. Jones or Hiram Lodge, trying to fan the flames of their ongoing gang rivalry by framing the other? Perhaps Sherrif Keller is donning the Gargoyle King outfit to work outside of the law? Whoever is behind the crimes of The Gargoyle King, they'll surely be no match for the investigative skills of Archie, Betty, Veronica, and Jughead — assuming they don't get distracted by the dozens of other problems plaguing Riverdale at any given time.