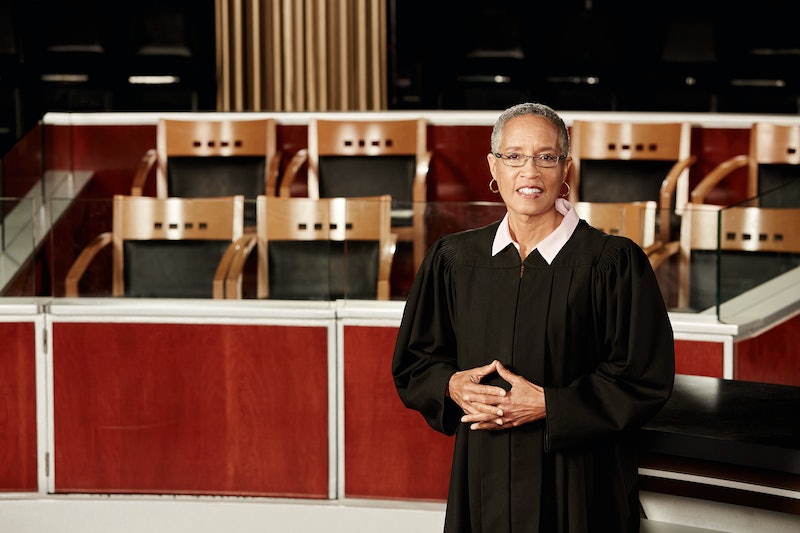 The Fox series You The Jury is a bold new experiment in reality television. But since viewers will serve as the jury for real legal cases, it also feels like the concept could be the beginning of a Black Mirror episode about mob mentality and flawed justice. The program walks a tightrope over morally ambiguous territory. And if it wants to sidestep problems, the show needs some respected legal minds on its side. Perhaps the most important role to fill is that of the judge, who will be helping to communicate procedure and articulate cases to the viewing public. While many reality TV judges are known more for their personality than their professionalism, this show will be presided over by one of the most respected in the country. The judge on You The Jury is LaDoris Cordell.

LaDoris Cordell was Northern California’s first African-American judge and served the Superior Court of California before her retirement, according to a Fox press release about the show. In an interview with The Mercury News, Cordell explained why she accepted the reality show gig. "I didn’t want to be a part of something that was silly," she said. "This isn’t, 'Oh, you didn’t pay the rent,' and it’s not pretend." Cordell's pedigree adds a sense of professionalism to the You The Jury proceedings.

Cordell may not be a household name (yet), but she's recognized in her hometown of Palo Alto for her impressive history in law and her continued activism in retirement. Cordell's Twitter feed is filled almost exclusively with tweets speaking out against the Trump administration and advocating for equal rights. Perhaps there's no better evidence of how being politically engaged she is than the #NotMyPresident t-shirt Cordell is wearing in the portrait accompanying another Mercury News profile.

While Cordell may not be declaring the verdict on You The Jury, she's still an invaluable and experienced presence. Last year, Cordell spoke with Wear Your Voice about the importance of diversity in the legal system. "I had to prove myself coming into a white male bastion, which is what the judging world was at that time," she said of her beginnings in her profession. "I felt the pressure that we all do when you’re the first of whatever it is you do. If you mess up, they’re not gonna have anyone else like you for a long time."

Cordell found that she deviated from the demographic majority in several ways, adding to the pressure. "I had a big burden from blackness, gayness, and my femaleness. I just had to learn," she told Wear Your Voice. Cordell's unique perspective makes her the perfect choice to preside over the "hot-button issues" that a press release promises You The Jury will explore.

From its trailers, it appears that You The Jury is focused on tackling engaging, high-profile cases, ranging from murder to discrimination. These cases are far different from the lower-stakes matters usually dealt with on legal reality shows, such as Judge Judy and Hot Bench. A less experienced judge may have turned You The Jury into more of a circus than a courtroom. But the inclusion of Judge LaDoris Cordell bodes well for the series, and could make her the household name that she deserves to be.