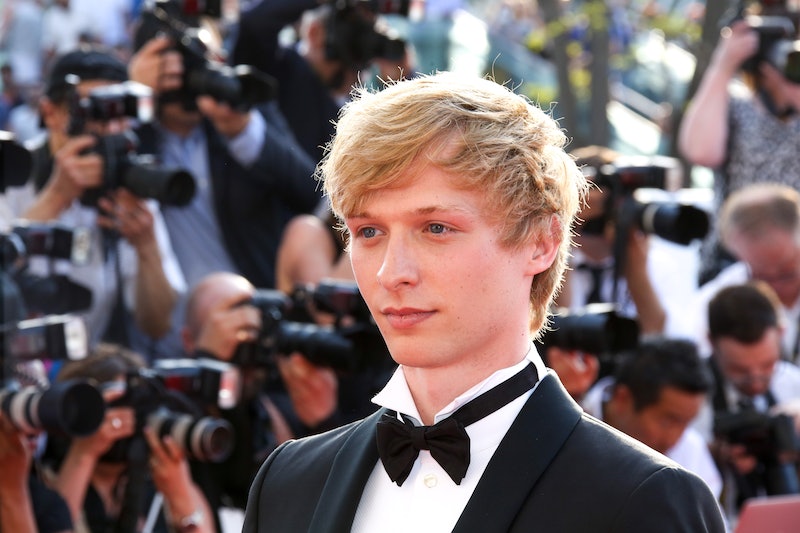 Ice skating is the absolute best. Oh, one second I said that wrong, watching ice skating on telly is the absolute best. Actual ice skating for most people is constant fear of falling over, breaking something and/ or slicing something off. Ouch. But seriously champion skaters like Torvill and Dean just make it look easy peasy don't they? And the new biopic about them will give you a sneak peak into just how hard it really is. But who is brave enough to take on the role of the legendary Christopher Den? Who is Will Tudor and, real talk, how many ice skating classes has he had to take?

Gliding across the ice like a beautiful swan, doing loop the loops and spinning around like an actual professional is no mean feat and Tudor is the lucky guy who got given that responsibility. But this is definitely a departure from previous roles for sure. The English actor is usually seen in shows with more of a sci-fi or fantasy vibe. Game Of Thrones fans will instantly recognise him as playing the now sadly deceased Olyvar, Loras Tyrell's lover. He also starred in Humans as Odi, the ever regenerating synth, as well as Shadowhunters which is basically fantasy AF.

OK so like, maybe you aren't super familiar with Torvill and Dean. Jayne Torvill and Christopher Dean are low key skating legends, and definitely the most successful UK skaters of all time. They are best known for their famous Bolero ice dance which attracted 24 million viewers in the UK. And no brag on their behalf but it also won them an Olympic gold medal, and an actual record breaking high score. Of course, as with any sporting heroes, the country really got behind them and they became living legends.

So what is the story about? This story is a look at their beginnings in Nottingham when they met in 1971, their early lives, and all the blood, sweat, and tears that led to some pretty funky dancing on ice/international Olympian stardom in Sarajevo in 1984. And flaming hell, did they go through a lot to get to where they are now. We are talking abandonment as a child, their failed romance, and the struggle to succeed with a lot of odds stacked against them.

And where are the real Torvill and Dean now? Still ice skating? Well, yeah kinda. They both appear on Dancing On Ice, and are happily married (not to each other), and maintain a very deep and close relationship. Speaking to inews, Tudor described their obvious closeness.

"Facetiming them was really interesting. Books were really useful as a bit more of an insight of who they are as people, but what was great about Facetime was seeing the strength of their relationship. Even seeing them on separate lines, they still finished each others sentences, in completely different countries."

But come on guys, I know the question on your lips is the same as mine. Did they have to learn how to skate for the role? Of course they flipping did, and it looks like he super enjoyed it. He spoke to Schön Magazine, saying

"I really enjoyed learning to ice skate on my latest project — getting to do that every day was a lot of fun."

Judging by the trailer, you will be skating all the way to your box of tissues once you see this.

This article was originally published on Dec. 24, 2018