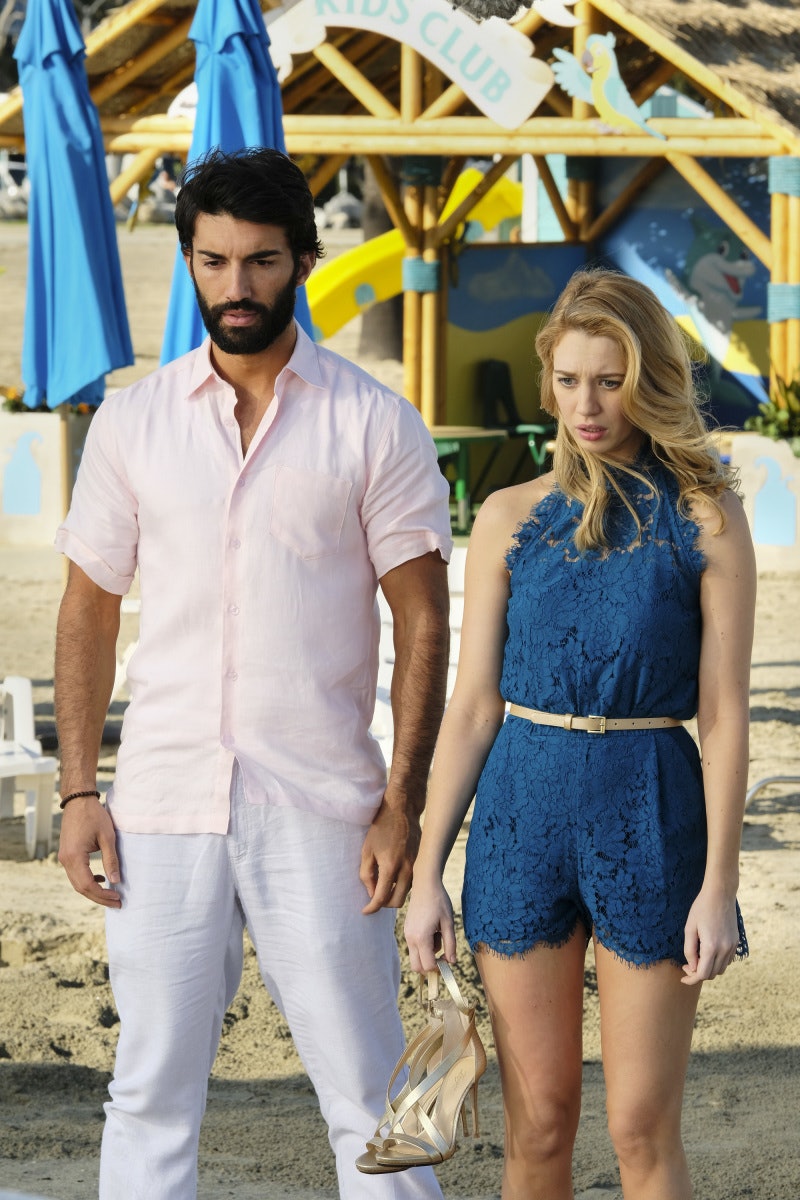 Perhaps the most obvious suspect here is Petra. The episode made it very clear that she'll do just about anything for her new hotel and her family, and it also made it very clear that something was majorly off between her and Scott. We didn't exactly leave them in the best place pre-time-jump, what with him marrying her twin and blackmailing her with the Solano will addendum. Then, post-time-jump, when Rafael casually asked whatever happened to Scott, Petra got suspiciously cagey — taken together, it doesn't exactly bode well for her innocence.

Still, even at her telenovela villain heights, you'd never classify Petra as a murderer — she's helped cover them up for family members, and even taken people hostage, but the only time she ever killed someone was in a very extreme situation of self-preservation. Yes, she killed Roman Zazo, but only because he was going to kill her — and it's hard to see her getting into that dire of a situation with Scott. That said, it's worth pointing out that with Anna and Ellie in the picture, and a career majorly on the rise, the stakes are higher than ever. In fact, it's difficult to imagine what fierce PTA queen Petra wouldn't do to protect her perfect family.

Anezka's also looking mighty suspicious at the moment — she was conspicuously absent from the Feb. 13 episode, and while we last left her completely head over heels in love with Scott, a lot can happen in three years, and it's hard to picture her staying happily married with the guy for that long. Even outside of the not-so-domestic bliss side of things, we know that Anezka's not above huge acts of cruelty, including paralyzing her own twin for months at a time.

Despite her harmlessly dingy demeanor, she's proven to be easily manipulated and can be very cold-hearted, which definitely lines her up as a major suspect. Perhaps Anezka is the one who killed Scott, and Petra helped her cover it up — it would definitely help explain Petra's caginess with Rafael on the topic.

Sticking to the Andel family, there's also Magda to consider — while Petra's not a murderer, her mother most certainly is. Sure, she killed Ivan by "accident" — but we know it's not something she's above, especially since we saw her push Alba down a long staircase back in Season 1. We haven't seen Magda for a while, but there's a definite possibility she murdered Scott, if only out of sheer annoyance. Honestly, imagine how annoying it would be to be the smarmy guy's mother-in-law? Maybe one day she tried to slap him with her hook-hand, and he went the same way as Ivan.

Looking at all the past murders that have happened at the Marbella though, one thing is clear: Most of them were committed by Rose (aka Sin Rostro), yet another person who was suspiciously absent from the episode. She's the one who offed Aaron, Tom, Emilio, and Michael — not to mention countless more we don't know about. That definitely lines her up as perhaps the biggest suspect of all, especially given Scott's often murky allegiances. Who knows, could Scott have been secretly working for Rose?

There's also the whole inheritance issue to consider — last we saw them, Scott and Anezka were happily in control of the will addendum that could take everything away from Rafael, Emilio's adopted son... and give it all to Luisa, his daughter by blood. That opens up a whole new can of worms — could Rose be acting to secure more financial security for Luisa's future? Last we saw her, she had vowed to give up murder, but that's like a lion turning vegetarian — and we all know there's nothing she wouldn't do for Luisa.

Finally, there's the whole question of the property line to consider. There's a very big chance that whoever killed Scott is the same mysterious person who tampered with Petra's Marbella blueprints. After all, why leave the body so very close to the property line? It seems more like a warning and a message than an actual viable location to hide a body, right? That, along with the murder, had to be the biggest lingering question in the episode. So, does the answer to Scott's murder mystery line up with the zoning drama? Signs point to yes. There's definitely a long game going on here, we just have to figure out what that long game is.

As always, Jane the Virgin and its murderous vacation destination the Marbella continue to weave a tangled web, and it's sure to take a long time to resolve. Who do you think did it? Petra? Anezka? Magda? Rose? Swashbuckling Shawn? At any rate, it'll be interesting to watch the mystery unfold.