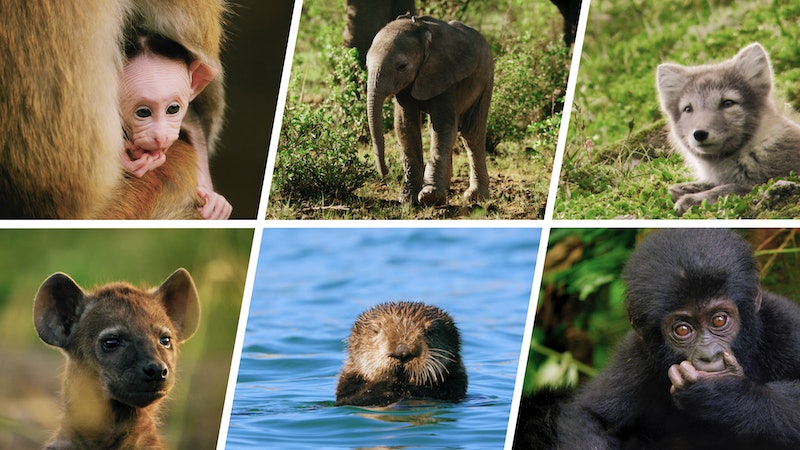 Just when you thought you had seen all the cutest animal action, the BBC have gone and done it again. And guys, this time it is all about itty bitty teenie weenie animal bambini. I know right, I'm dead too. While our collective heart skips an enormous beat watching the show, the narrator will tell these babies' stories. Being a nature documentary is a heavy crown to wear. And the person who narrates Animal Babies: First Year On Earth is wearing it like a pro. Yes guys, Wunmi Mosaku is the new soothing voice of nature documentaries to fall in love with.

According to the Radio Times Mosaku is a Nigerian British actor and has been smashing it since she graduated from RADA in 2007. She hit the ground running with roles in shows like Moses Jones and Black Mirror. However, the role that really made her a household name was that of Gloria Taylor, the mother of 10-year-old murder victim Damilola Taylor in the award-winning production Damilola, Our Loved Boy, which first aired on the BBC. A role that saw Mosaku become the second black woman ever to win a BAFTA for Best Supporting Actress, the Radio Times reports. Fans of BBC's Luther will also recognise Mosaku as the brooding TV detective's latest sidekick, DS Catherine Halliday.

So, what is the experienced actor going to be narrating? Well, as I said before, prepare for baby animal pangs that may shake you to your very core. But this isn't all adorable baby beasts having a great time and rolling around like the Puppy Bowl. No guys, this is the big bad animal kingdom and yes: I am also bricking it that one or all of them will be ingested by a larger creature.

The brand new series will follow six baby animals from in their first year alive. Watching them learn the basic skills for survival in a world filled with constant struggle.

In the first episode, the cameras follow the crucial first three months of animals' lives. In Kenya, a newborn elephant calf called Safina has to get to grips with her fast-paced herd. As baby elephants are unsteady on their feet and relatively small, it's easy for them to get separated from their mothers. Making them likely prey for lions and hyenas. However, when speaking to iNews, producer Dominic Weston said that this is not actually the biggest risk factor in their survival:

"[T]he greatest threat throughout their lives will be from humans, as we compete for access to land, food and water. There is also poaching."

Over in the Arctic, there are a litter of five-week-old fox cubs who are learning to hunt in a cruel and unforgiving environment. And not to forget Jazir, the one-week-old macaque who is basically any of us trying to swing off ropes. By that I mean, not so great.

Speaking to iNews, Weston explained that, for these vulnerable species, survival is a game of luck:

"Filming Animal Babies for 18 months, we followed six types of baby mammals from the equator to the edge of the Arctic to find out what it takes to survive and thrive. Most of our babies only had a 50:50 chance of survival and their precarious progress kept our nerves on edge."

OK, so if this show set expert wildlife production teams on edge, I reckon it could potentially reek havoc on any average Joe. Bring tissues and have access to an emergency box wine at all times.