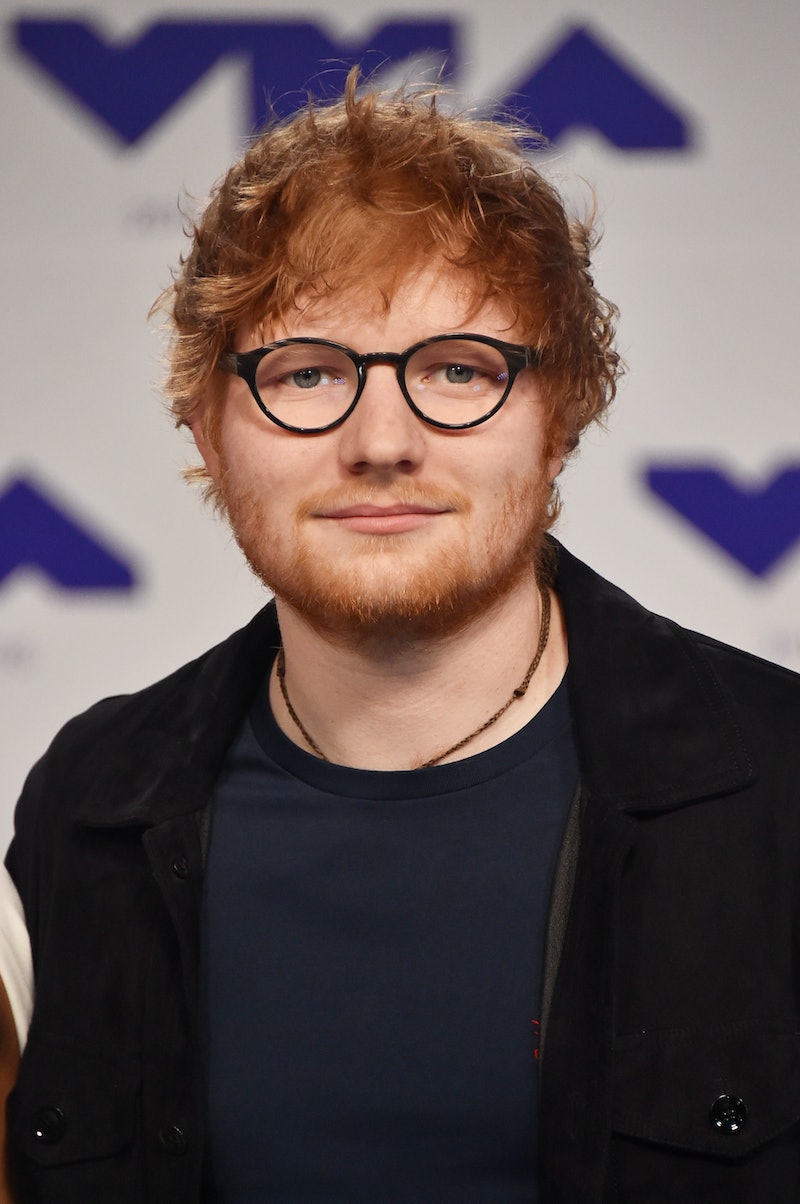 Since releasing his latest album, Divide, earlier this year, Ed Sheeran was bound to hit the award show circuit, and at his latest appearance, he smashed it with the help of a certain rapper. Sheeran's performance at the 2017 VMAs included special guest star, Lil Uzi Vert. Uzi provided a verse during "Shape Of You," and after that, he launched into his own song, "XO TOUR Llif3" with Sheeran singing along. If you've never seen or heard Uzi before, chances are you'll fall in love with his music.

Of course, Lil Uzi Vert is just his stage name; his real name is Symere Woods, and he's pretty new to the music industry. In fact, it was only recently that he started releasing his own mixtapes, and it wasn't until last year that he rapped on a track that basically everyone has heard of: Migos' "Bad and Bougie." In August 2017, Uzi released his first album, Luv Is Rage 2, and his single, "XO TOUR Llif3."

And considering the fact that Sheeran often raps in his own music — "You Need Me, I Don't Need You", anyone? — Lil Uzi is actually a pretty appropriate choice of collaborator.

Uzi got a lot of love during the VMAs pre-show, during which "XO TOUR Llif3" single won the award for Song of the Summer, and being on stage with Sheeran will undoubtedly help new fans find him. It was such a different performance from what audiences usually expect from Sheeran, but they fit together so perfectly.

Now, the rest of us are left to wonder whether or not this means these two will pair up for another collaboration in the future. Their VMA performance is a serious sign that they'd make some really good music together.

More like this
Ed Sheeran Pays Tribute To "Brother" Jamal Edwards With SBTV F64 Song
By Sam Ramsden
"Lavender Haze" Star Laith Ashley Breaks Down Filming With Taylor Swift
By Jake Viswanath
Cruz Beckham Teased New Music With An Adorable Nod To Mom Victoria Beckham
By Stephanie Topacio Long
Twitter Wants To Dance With Anne Hathaway At Paris Fashion Week
By Alyssa Lapid
Get Even More From Bustle — Sign Up For The Newsletter
From hair trends to relationship advice, our daily newsletter has everything you need to sound like a person who’s on TikTok, even if you aren’t.